SumaiL is the Newest Member of OG 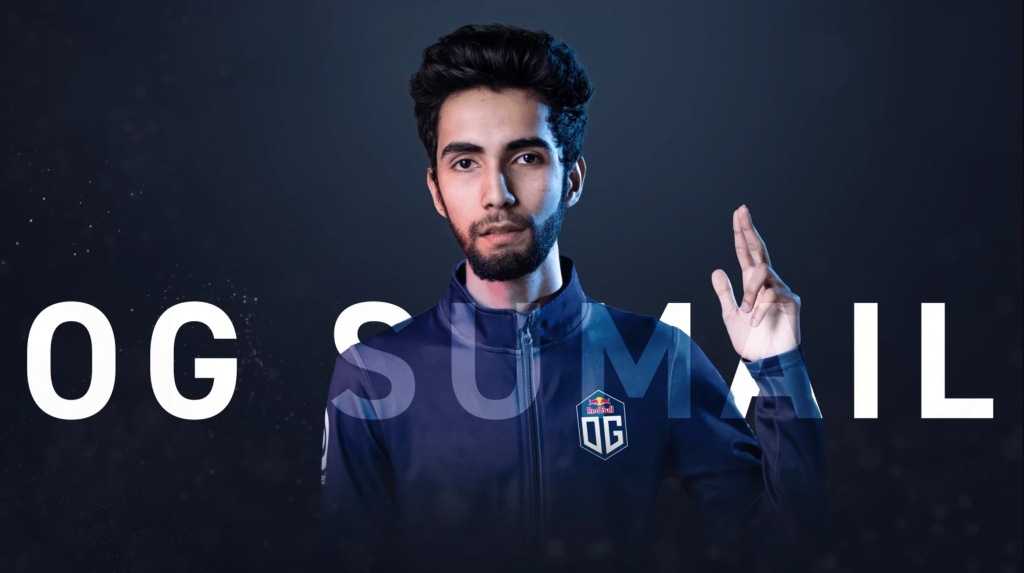 The King has Returned! Sumail is the next piece in the puzzle that is OG (Image via OG)

Rest easy OG fans, the turmoil seems to be subsiding, as the team have officially announced Syed Sumail “SumaiL” Hassan as the newest member of their lineup. The news came at the conclusion of the premier of this year’s True Sight documentary, which premiered today in Berlin, Germany.

Once a rival who lived evil he’s now a precious ally who wants his crown back.

It is our honor to welcome our new carry player. Please welcome OG. @SumaaaaiL#DreamOG

Speculation about the identity of some of ana, JerAx and Ceb’s replacements have been rampant since the announcements broke. SumaiL had been one of the names rumored, but nothing was concrete. Although the talented young star was one of the most notable free-agents left sitting on the bench in the Dota 2 world.

SumaiL had been largely absent from the competitive scene following his removal from main roster of Evil Geniuses in late 2019. After being made inactive in September, the mid laner played in several events for Quincy Crew, a roster that would eventually be acquired by Chaos Esports Club. After stepping down from that team prior to the start of ESL One Hamburg, SumaiL would also stand-in for the team when Quinn “CCnC” Callahan was rushed to hospital before the opening games of that tournament.

The reveal of their latest member came as OG celebrated a new chapter of their organization. The squad had just relived their dramatic victory over Team Liquid at The International 2019 and had completed a Q&A session with fans. After a video extolling the virtues of previous TI winners, SumaiL was unveiled as the newest part of OG. A blog post appeared on OG’s official site shortly after. The team didn’t specify which position SumaiL will be playing, as along with Topias Miikka “Topson” Taavitsainen, OG now has two mid laners. Ultimately though, both players are talented enough core players to be able to switch between carry roles.

Johan “N0tail” Sundstein teased that the rest of the roster would be announced Wednesday, January 29 during OG’s “Night Show,” which he described as an event to showcase the team’s departing players as well introduce new faces. The event is scheduled to start at 8:00pm CET, broadcast on Red Bull’s Twitch channel.