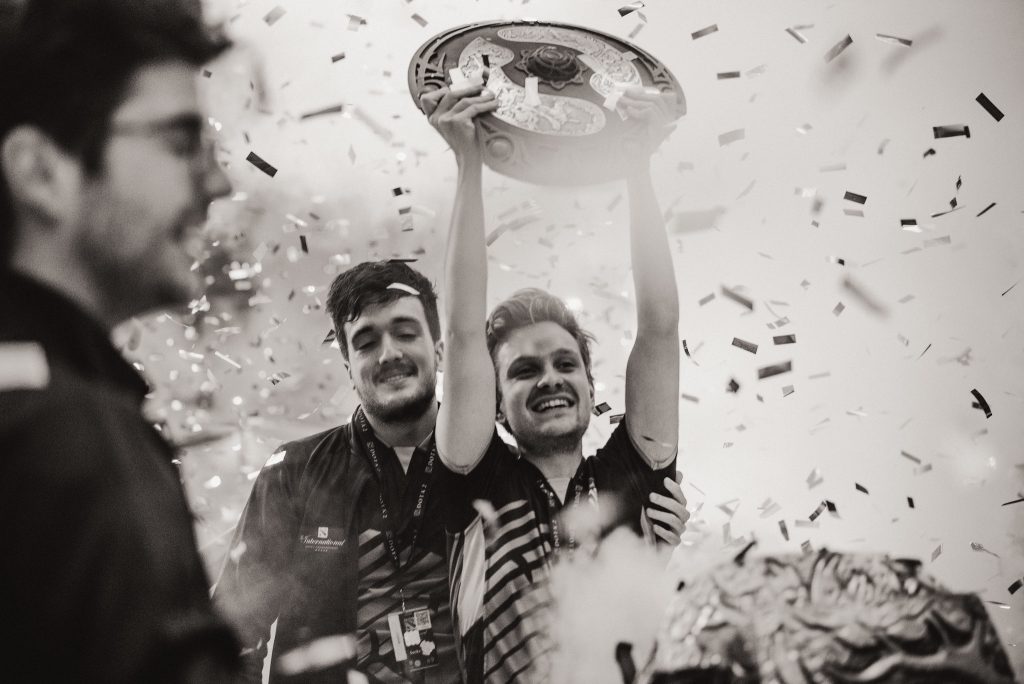 Another one of OG's TI9 winning roster has departed in under 24 hours. (Photo courtesy Valve)

Jesse “JerAx” Vainikka, four-position for OG, and two-time The International champion has announced his retirement. The news was revealed in a post on his former team’s Twitter page, with an accompanying blog post made on their website.

From Boston to Shangai, @iamJERAX allowed us to write a unique story with OG.

All good things come to an end, and Jesse has decided to retire from pro Dota 2.
Thank you Jesse!

The news comes less than 24 hours after OG revealed that carry Anathan “ana” Pham was extending his break. Because of this he would miss the next set of DPC qualifiers. OG has now said goodbye to two of it’s TI8 & TI9 winning roster in two days.

I will always cherish every moment that we went through together. Godlike teammate, godlike player. Your impact on OG, DotA, and everyone that crossed your path is just a blessing. Excited for what’s next. Much love champ ❤️❤️❤️ #DreamOG https://t.co/nuEig47E8k

In a statement made on OG’s official website, JerAx went into detail about the reasons for his departure. After explaining that he sees himself as a creative person and detailing the rigors of professional gaming, JerAx goes on to say: “I have no willingness nor passion to play Dota 2 anymore, and I have trouble fitting myself into my competitor’s shoes. For me the decision to pursue to another direction is clear, and I have no doubts about it.”

The Finnish pro went on to thank others for his incredible career: “I have been very fortunate to have my spot as a professional player, and I can’t quite understand how I ended up at this point. Small things could have been different, and I would have never made it. I’ve seen the progress of this community the last 10 years and I have infinite respect for the passion-fueled people behind it, as all those have cemented Dota’s place in esports. Without you this scene wouldn’t exist. I want to thank every single person from Dota 2, that I’ve met, talked to or played with.”

JerAx’s future plans are not certain, but in the announcement, OG confirmed he would be remaining with the organization, albeit in a non-player capacity. OG will now have to compete in the upcoming Major qualifiers without two of it’s long-time members. Replacements for both Ana and JerAx have not currently been announced.