OG Lose Another – Ceb Steps Down 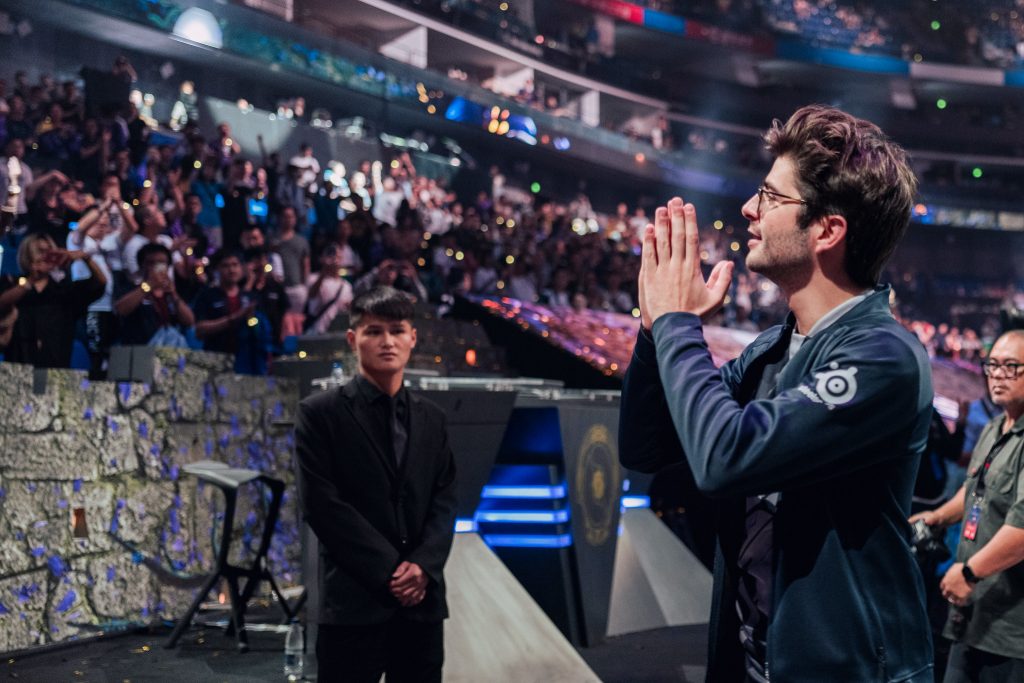 By stepping down, Ceb has become the third member of OG to leave the TI9 winning team’s roster in just three days. (Photo courtesy Valve)

Sébastien “Ceb” Debs, offlaner for OG, has announced that he’s removed himself from the starting lineup of the team ahead of their return to competitive play. The news came as part of a tweet and accompanying blog post made on OG’s official website.

Sometimes building a legacy requires to step out from the light.

While still active in the roster @Ceb_dota is changing direction and will focus on helping OG players reach their potential.

The announcement marks the latest piece of news in a hugely tumultuous few days for OG, and OG fans alike. The past three days have seen three of the teams TI8 and TI9 winning roster leave the squad. On Saturday, it was revealed that Anathan “ana” Pham would be extending his break from Dota 2 to include the remainder of the 2019-2020 Dota Pro Circuit season. Then on Sunday, news broke that Jesse “JerAx” Vainikka would also depart the squad, retiring from Dota 2 entirely.

Prior to joining OG, Ceb has played for numerous teams including Alliance, Denial eSports, and others, before settling into a coaching role. Many considered the offlaner’s playing days far behind him at this point. But after the dramatic departure of Roman “Resolut1on” Fominok in 2018, Ceb stepped up and played for the team in their dramatic lower bracket run through TI8. He was subsequently immortalized following the announcers call of his dramatic momentum shifting play in that same event. Ceb was also instrumental in the team’s second record-breaking victory at TI9.

In a statement accompanying the announcement post, Ceb details his reasons for moving out of the starting roster. He makes reference to the huge shift that OG went through in 2018 following the departure of Tal “Fly” Aizik and Gustav “s4” Magnusson, comparing OG’s current situation to that period of time.

Ceb goes on to describe how intense the requirements of top-tier Dota are, and cites his wish to give back to up-and-coming talent as a reason for moving out of the active roster: “I feel like it’s time for me to find ways to give back. I see players around me with incredible talent and infinite drive. I want to help them achieve their dreams and find the success I believe they rightfully deserve. Making this whole thing about my own personal competitive goals leaves me with a bitter taste.”

It’s not all doom and gloom though. Ceb confirms that this should be the last piece of departure news we hear from OG for at least a while: “Johan and Topias are looking at their third title, and so am I. I will be alongside them once they lift the trophy again. As usual, I’ll do what ever it takes to see the group succeed, and that sometimes means sacrificing some of your own personal targets.“

The blog post also goes onto confirm what many had already assumed – there will be a big announcement about the future of OG tomorrow following the debut of this year’s True Sight documentary in Berlin, Germany. The team urged viewers to tune into the Red Bull Twitch channel on January 28th at 7:00 CET, as well an OG Night show the next day at 8:00 CET.