Revenge: “They [Immortals] Believe That I Have a Higher Ceiling Than I’ve Shown” 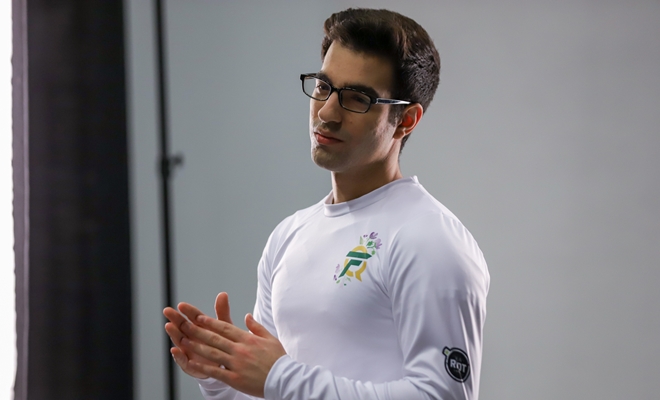 Ahead of the season, we sat down with Revenge to discuss his personal journey from being a streamer and Neuroscience major with sights set on medical school, to becoming a rising star top laner in the LCS. For Revenge, playing for IMT is a golden opportunity that he can’t afford to waste.

Hotspawn: Congrats on joining an LCS team after such a short stint on Academy. What are your thoughts on having such a fast track to success?

Revenge: I think the way Academy is right now, in NA at least, it doesn’t really set a lot of rookie players up for success or to quickly rise into LCS. So it’s really understandable why a bunch of people who join Academy stay in it for a long time. In my situation, I didn’t have the best year in Academy. I didn’t end with a high standing in both splits, but I still ended up in LCS. I guess it really goes to show that, in esports, there’s a lot more than just your standing, at least in Academy, to rise to LCS. There’s other things that coaches take into account like solo queue and work ethic and things like that. Word spreads around the scene about how you are as a player; obviously, your stream helps as well. A lot of things like that help boost a player into the LCS and I think that was the case for me.

From rank 1 in NA to the LCS stage. Welcome to IMT, @Revengeleague.#WEAREIMT pic.twitter.com/3SA1pIKbp0

Hotspawn: Your conversation with Immortals must’ve been interesting, then, right? As you said, a lot of intangibles are involved, so the team must’ve really done their scouting to identify you as somebody that’d slot well into their roster. How’d you and Immortals realize you were a good fit for each other?

Revenge: The branding Immortals is going for this year is for a developmental roster, as well as a roster that has players that are somewhat veterans in the scene like Mitchell “Destiny” Shaw and Andrei “Xerxe” Dragomir. So when Immortals approached me, they told me that they want to develop me and that they believe that I have a higher ceiling than I’ve shown. They want to get me to that level and they believe they can get me there. I guess they were able to scout me long enough to see that I do have that ceiling and that’s why they chose me over some of the other top laners in Academy who’ve had more success than me in the standings or stood out a bit more.

Hotspawn: Shouldn’t be too hard with a jungler like Xerxe who was one of the best in Europe while he was playing there. Have you been able to interact with him at all yet?

Revenge: Prior to Xerxe joining, I’d heard of his name and watched EU, but not too much. Everybody that I’ve spoken to about Xerxe tells me that he’s extremely talented, one of the best junglers in Europe, and that I’m extremely lucky to be playing with him. He and I have been exchanging words and DMs; we’re all in group chats now. We’re pretty excited to work together.

Hotspawn: Switching gears, some people don’t really know much about how you got to where you are. Before going pro, you were studying and pursuing a medical career. Mind walking us through your journey and how you ended up here?

Revenge: It’s a bit confusing to a lot of people; some people assumed I was already in medical school or whatever. When I was 17, I had the choice to go pro, and I believe it actually was with Immortals time, which not a lot of people know, or go to school with the scholarships I had. I had a good track into the medical field with that scholarship. Of course I took the scholarship at the time because the contract I was getting was pretty lousy and the scene wasn’t as developed as it is now; it was just a much safer route for me.

I had a choice of completely stopping League and studying for the MCAT with all my free time, or try one more time to switch my life path and try going pro.

I have two passions: League is one of them, and school and science, which I was pursuing, is another. I decided to go for science, and I don’t really regret it. I had a great two years in university. I completed over 90 credits of courses, I was majoring in neuroscience, I shadowed surgeons, I did research on cannabis on naked mole rats with the head of neurobiology at my university. It was a really great time. I had a 3.9 GPA and pretty much all my ducks in a row to enter medical school except I hadn’t taken the MCAT exam. I had a choice of completely stopping League and studying for the MCAT with all my free time, or try one more time to switch my life path and try going pro, because I only have one shot at this. It took me a lot to decide that. I thought about it a lot, I had to talk to my parents a lot, who were extremely worried, obviously. Eventually, I decided that it was the right thing for me to do. I hit top 10 on the ladder, posted that video, and got a ton of team offers. I was a bit surprised, honestly, but I guess it made sense because a lot of people wanted me to go pro when I was 17.

Say I fail completely and even my next year is a failure; I don’t regret doing this at all.

Hotspawn: You said you don’t regret your time at school, but reflecting on this year, you didn’t achieve great results with FlyQuest Academy and things have been even more complicated and stressful with COVID-19 and all of the other things going on in the world. Was there a time when you felt like it might be time to give up and head back to school?

Revenge: It was definitely a tough time, especially when we started to quarantine in February. It took a hit on everyone’s mental, we were all away from home for a really long time and our entire routines changed. There were definitely negative thoughts about all our futures, especially since we weren’t performing the best in Academy. I don’t regret trying this. Say I fail completely and even my next year is a failure; I don’t regret doing this at all. The experiences I’ve had and the amount of stuff I’ve learned being in esports is something I’ll never take for granted or regret, despite not reaching my expectations. Hopefully, I can continue to show what I’ve got and I’ll continue in esports as long as I feel like I’m improving and I’ve shown all that I have to show, which I definitely haven’t.

Hotspawn: That’s a great mindset. These days, especially with the announcement of the new amateur system, players are starting to see more avenues to safely transition into a pro career. As things are now, you’ve got at least two viable career paths for your future between science and esports; that’s a great safety net. Do you have any advice for aspiring pros struggling to make the same decision you did?

Revenge: I’ll always say this, and this is something I’d tell even high schoolers who’re grinding YouTube or streaming or League, and that’s to have a backup plan. With the way esports is structured and the way you can structure your time, aside from extenuating circumstances, I think you can always have time for both, just like in sports. An athlete in sports needs to have decent grades to be able to play, and it’s the same thing with university and high school. I’ve always prioritized my studies over League. That doesn’t have to be the case, I think you can find a median for both, but the advice I’d give is to always give both your paths a good healthy chance. You never know what can happen, you never know if you’ll change your mind and decide to do something else. If you do want to do something else, other than esports, you shouldn’t feel like your life is over, especially at the age of 21 or 22.

I still think there’s some ruthlessness in esports. You can just be cut and lose your career, it happens to a lot of players. It’s still not a stable career, so you should always have stuff to do in case shit hits the fan. Even between splits and during this year, because we weren’t doing so well in Academy, it was stressful even for me to think “wow, this could be my last year in esports because I didn’t perform well this year.” It was comforting for me to know that I had a backup, but even then it was still scary, so I can’t imagine if I didn’t have something to fall back on.

Hotspawn: So then, to close, I’ve noticed you participating in some of the inhouses organized by Jo “CoreJJ” Yong-in. How’s that been going for you?

Revenge: Inhouses have actually been going pretty well and a lot of people are participating. It’s a variety of people everyday with different people rotating. Core really took the initiative to make it happen and be consistent with it and I really appreciate him for doing that. I just wish that more of these players did just participate in solo queue as well, because it’d be nice to just queue up for solo queue. I think North American solo queue is at a pretty low level and a low playrate.

I haven’t been playing too many inhouses, but one player that caught my eye was an ADC player named Raheen; his Twitter is @RaheenLoL. He played pretty well, I don’t think he was at Scouting Grounds, but I know he’s interested in finding teams. Overall, it’s good that we’re participating because it’s definitely something that can level up our region and we’re taking a step in the right direction.

Hotspawn: Anything to say to your fans and Immortals fans who’re unfamiliar with you before we go?

Revenge: To all my fans who’ve been supporting me since when I joined FlyQuest: thank you. I know it’s been a long and hard road. For the new fans at Immortals who are worried about me or don’t know me, I promise you I’ll be giving this season my 100% and grinding with all the time I have to improve and make sure that we’re a competitive team. I know there’s a lot of doubts for our team, but believe that every one on our roster is motivated to prove ourselves and we will prove ourselves.

You can keep track of this offseasons’ roster announcements here.