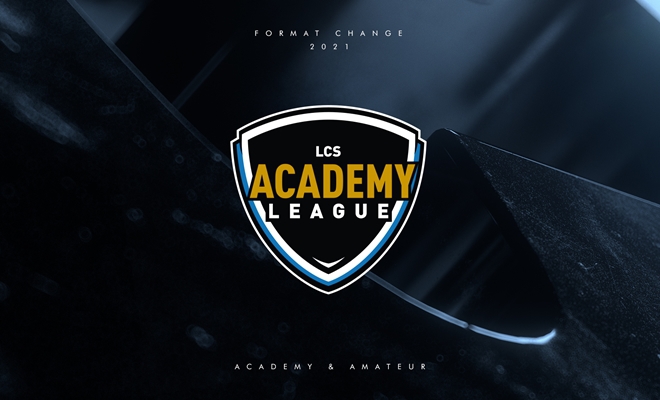 Starting in 2021, Academy teams will compete against rising North American talent in a series of tournaments.(Photo courtesy Riot Games)

Riot announced on November 13th that the League of Legends Championship Series will reshape the structure of its Academy League in 2021 to create an ecosystem where Academy and amateur teams compete against one another. Rather than playoffs and finals, both Academy and Amateur teams will compete in various tournaments to qualify for the LCS Proving Grounds: a 12-team tournament held at the end of March to determine the best amateur team in North America. 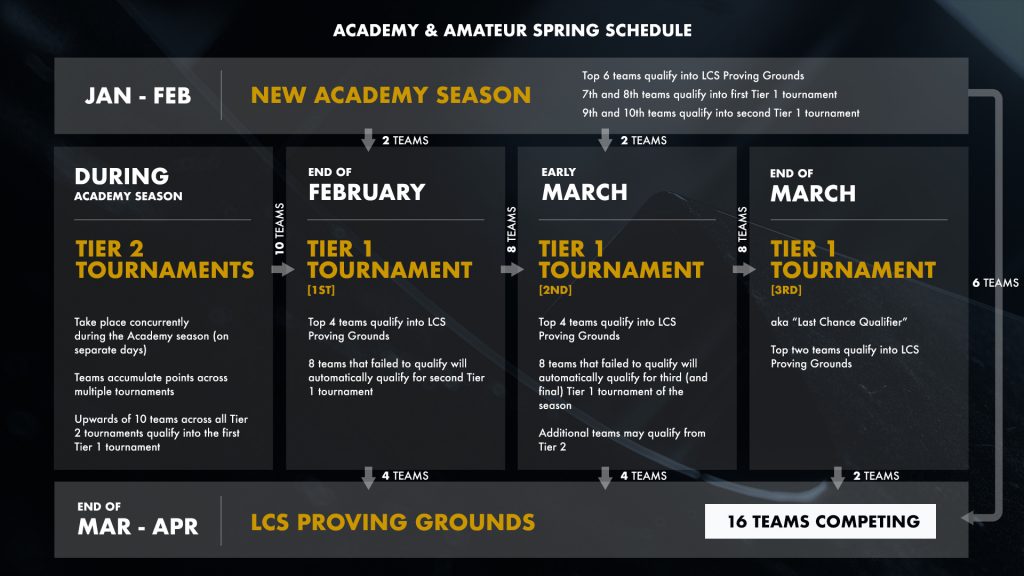 Teams will have multiple chances throughout the split to qualify for LCS Proving Grounds. (Photo courtesy Riot Games)

Starting in 2021, Riot will also introduce a new system of amateur tournaments that both amateur and Academy teams can participate in to earn points to qualify for Proving Grounds: Tier 2 and Tier 1 tournaments. The Academy season will now only last from January to February; the top six teams will automatically qualify for Proving Grounds, and the bottom four will participate in Tier 1 tournaments for a shot to qualify.

A NEW LOOK FOR AMATEUR

All parties will be eligible to get involved with this tournament ecosystem as long as they submit an application through Riot. This includes LCS teams, third-party tournament organizers, brand sponsors, and amateur teams without any LCS affiliation.

To ensure the continued development of an amateur ecosystem within NA, Community-run amateur tournaments, now referred to as Tier 3, will not be replaced by this new system. Riot has also established a few regulations regarding the new system:

Riot has also confirmed that a system will be put in place to compensate amateur teams for assisting in developing talent that are signed to Academy and LCS teams.

This announcement comes after a poor performance from the LCS at the 2020 World Championship left the community critical of the region’s talent development infrastructure.