Paris Eternal Cut Roster and Most of Staff 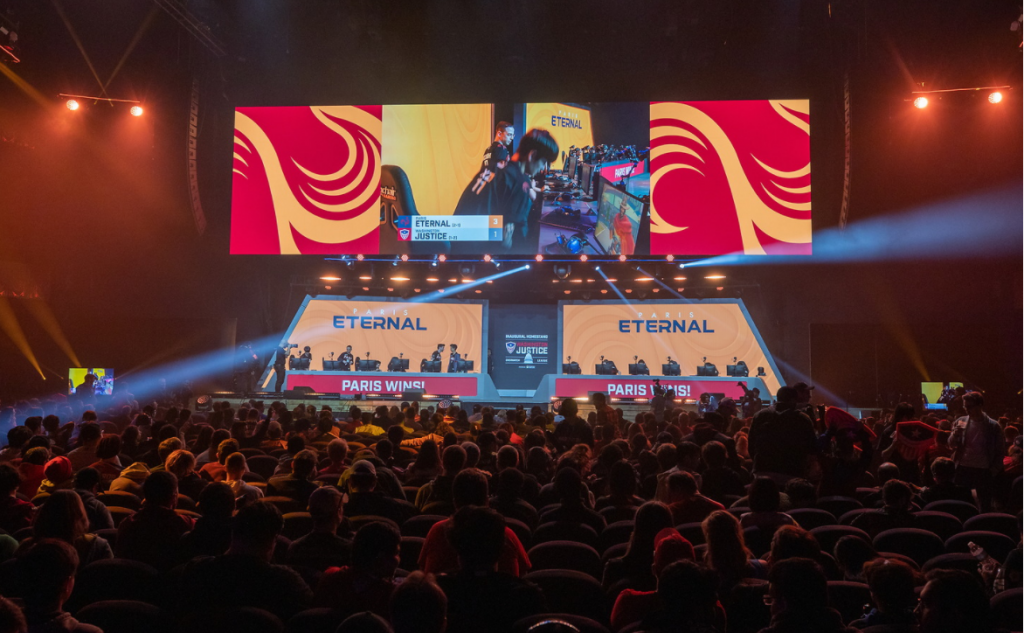 Paris released their entire roster and all of their coaches, after running into apparent financial troubles during the 2020 season. (Photo courtesy Blizzard)

Paris Eternal officially released the final three remaining members of their active roster on Monday, saying goodbye Benjamin “BenBest” Dieulafait, Terence “SoOn” Trailer, and Nicolas “NiCOgdh” Moret. The release of the three French players follows the departure of seven other players since October 22nd, leaving the team with no remaining members in their lineup. After their best season yet, it seems Paris is facing disaster as an organization as they cede all the ground they gained this past season.

🇬🇧On behalf of the team, we wanted to thank @BenBest_Ow , @SoOn99 , @NiCOgdh , and @xzi_ow for their hard work during the last season. We wish you the best in your future.

Paris’ move to release their roster came on the heels of rumors about the financial struggles of the organization. After many fans expressed their anger at the departure of highly talented players like Brice “FDGod” Monsçavoir, Ki-hyo “Xzi” Jung, and Yeong-han “SP9RK1E” Kim, an Admin for the Paris Eternal Discord named Mandolyn released a Twitlonger explaining that Paris was low on money throughout the year and is financially strapped going into 2021. According to her explanation, Eternal lost a significant amount of cash having to relocate to North America during the pandemic and after cancelling their homestands. So going into next season, the team simply didn’t have the financial capital to pay their players and coaches a competitive salary. As a result, the players and coaches left to find organizations who will pay them what they deserve.

In addition to the loss of their players, Paris also saw the departure of five members of their organizational staff, including Head Coach Hee-won “RUSH” Yung, General Manager Bumhoon “NineK” Kim, Assistant Coach Chung-hyeok “Levi” Jeong, Assistant Coach Jayyoon “Aid” Go, and finally Team Manager Yoon “Yoon” Kim. NineK was signed by Fusion to be their Head Coach in 2021, while Levi announced his retirement from Overwatch after being released from the team. When all was said and done, only Assistant General manager Kyong Ey “AVALLA” Kim remained. She is currently serving as the Interim General Manager for the team.

Many of Paris’ departing players and coaches were signed by Dallas Fuel, who cut everyone from their active roster except Dong-ha “Doha” Kim earlier this month. On October 23rd, Eternal Head Coach RUSH announced that he was joining the Dallas Fuel. RUSH was formerly the Head Coach for the Korean team Element Mystic and was a key driving force behind Eternal’s incredible 2020 season. When he departed for Dallas, many former Element Mystic players left with him, including SP9RK1E, Kwon “Fielder” Joon, Han-Been “Hanbin” Choi, and DPS star player Ki-hyo “Xzi” Jung. Fuel’s roster next year will be made up entirely of former Element Mystic players.

French player FDGoD left Eternal to join San Francisco Shock on November 13th.  FDGod was a 2020 Role Star who helped lead Paris to their first title victory ever at the NA Summer Showdown last season. Despite being a rookie in 2020, he proved to be a top tier support player. Shock signed him to replace Grant “Moth” Espe, who was transferred to the Los Angeles Gladiators. FDGod will look to win his first championship with Shock, who are on track to threepeat the OWL championship next year if all goes well.

The remaining former Paris players have not yet been signed to new teams. They include Eoghan “Smex” O’Neill, Da-un “NoSmite” Jeong, NiCOghd, SoOn, and BenBest. Considering the high tier performances put on by these players in 2020, it would be surprising if at least a few weren’t tapped by other Overwatch League teams for next season.

With their organization in shambles and their staff down to only AVALLA, Paris is in dire straights. Considering their financial situation, it is likely that they will only be able to sign Contenders players who are willing to play for the League minimum salary in 2021, that is, if they are able to put together a team at all. We will update this article when Paris releases further information about their 2021 plans.