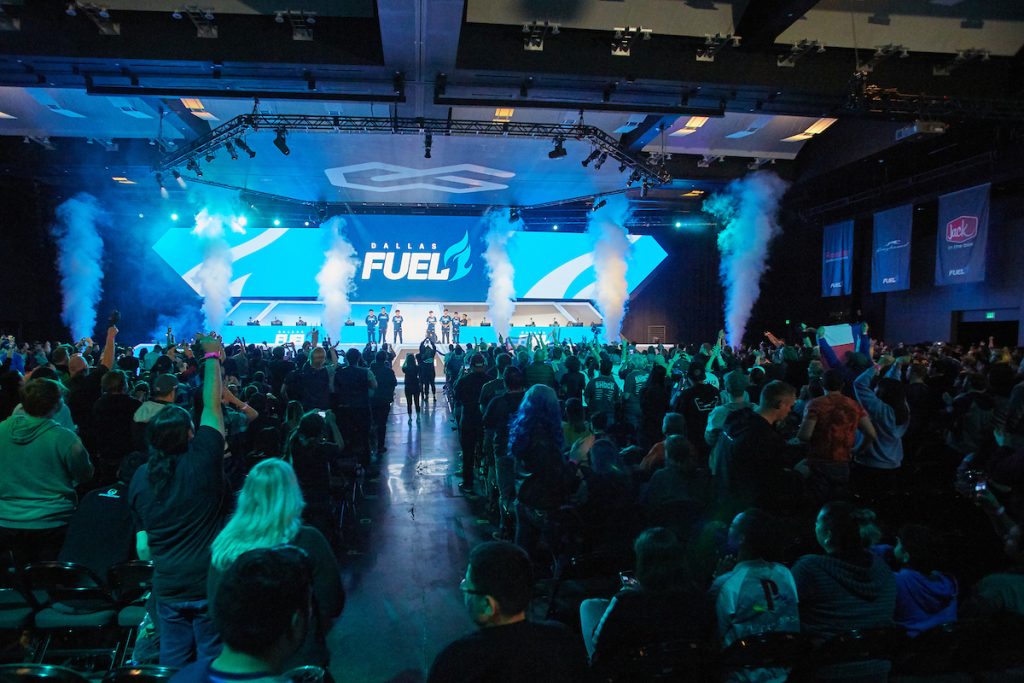 The team is looking to start over by signing the core of the 2020 Paris Eternal roster. (Photo courtesy Dallas Fuel)

RUSH formerly coached SP9RK1E, Hanbin, and Rapel while he served as the coach of Element Mystic from 2017 to 2019. Last season, RUSH led Eternal to their best season ever and he is bringing over a lot of the talent from that squad to Fuel.

SP9RK1E was a strong pick up for Dallas. He formerly played for Element Mystic before earning his first Overwatch League contract with Paris Eternal in late 2019. The player became a leading candidate for the 2020 Rookie of the Year award and was named a DPS Role Star in 2020 after he led Paris Eternal to their strongest season performance ever. On the back of SP9RK1E’s world class Genji plays, Paris was able to win their first Overwatch League title at the North American Summer Showdown in July. During that historic run, Paris defeated both the 2020 OWL championship San Francisco Shock and the top ranked Philadelphia Fusion.

Hanbin also hails from Element Mystic originally and was signed alongside SP9RK1E at the start of the 2020 season. Hanbin served as the starting Off Tank for Eternal throughout most of 2020, specializing in both D.Va and Sigma. He showed off strong mechanical skills as well as a flexible expertise in the Off Tank role throughout the season. Hanbin is a great pick up for Fuel heading into the 2021 season, especially since he will be able to compete alongside teammates he has played with in the past.

Fielder competed for Busan WAVE for nearly two years before earning his first Overwatch League contract with Paris Eternal part way through the OWL 2020 season. He was signed by Paris in May to replace Harrison “Kruise” Pond who was transferred to Toronto Defiant. During his time serving as Paris’ starting main healer, he was forced to play on NA servers from Korea because the global pandemic prevented him from traveling to join his new team in person. Despite playing on ridiculous pings from halfway around the world, Fielder was still able to land incredibly precise shots and put up excellent healing numbers while playing as Ana. Imagine what his aim will be like on a reasonable ping with Dallas Fuel.

Rapel was the first player Dallas signed in the offseason who wasn’t formerly competing with Eternal. However, he did play with RUSH, Hanbin, and SP9RK1E while competing for Element Mystic back in 2018. Heading into the OWL 2019 season, Rapel was signed to the Vancouver Titans. At the conclusion of the Titan’s playoff run in 2019, he was transferred to Houston Outlaws for the 2020 season. While playing with Outlaws, Rapel served as their starting Flex Support player, though Outlaws saw very little success while he was there. Considering his history playing with RUSH, Hanbin, and SP9RK1E, Rapel will likely feel right at home with Fuel.

On November 7th, Fuel announced that they had signed Eui-Seok “Fearless” Lee who was formerly the starting Main Tank for Shanghai Dragons and Element Mystic. While competing with Dragons, Fearless helped them overcome their 0-40 inaugural season, and was a key player during their incredible 2020 season. Fearless started his Overwatch career competing with Element Mystic back in 2017, making him the latest former Element Mystic player to join the 2021 Dallas Fuel roster.

We're excited to welcome @Fearless527 to the Fuel! #BurnBlue pic.twitter.com/rXkZ9NxNYA

Dallas put on very poor performances during the 2020 season. They started out winless for the first several weeks of competition. Eventually they found some wins, but they ultimately ended their season with a disappointing 9-12 record. After some inner organizational strife and a less than impressive playoff performance, Dallas cut everyone but Dong-ha “Doha” Kim at the conclusion of their 2020 season in a bid to fundamentally alter the trajectory of their organization. Having signed several talented players from the Paris Eternal roster, it will be interesting to see what Dallas can accomplish next season.