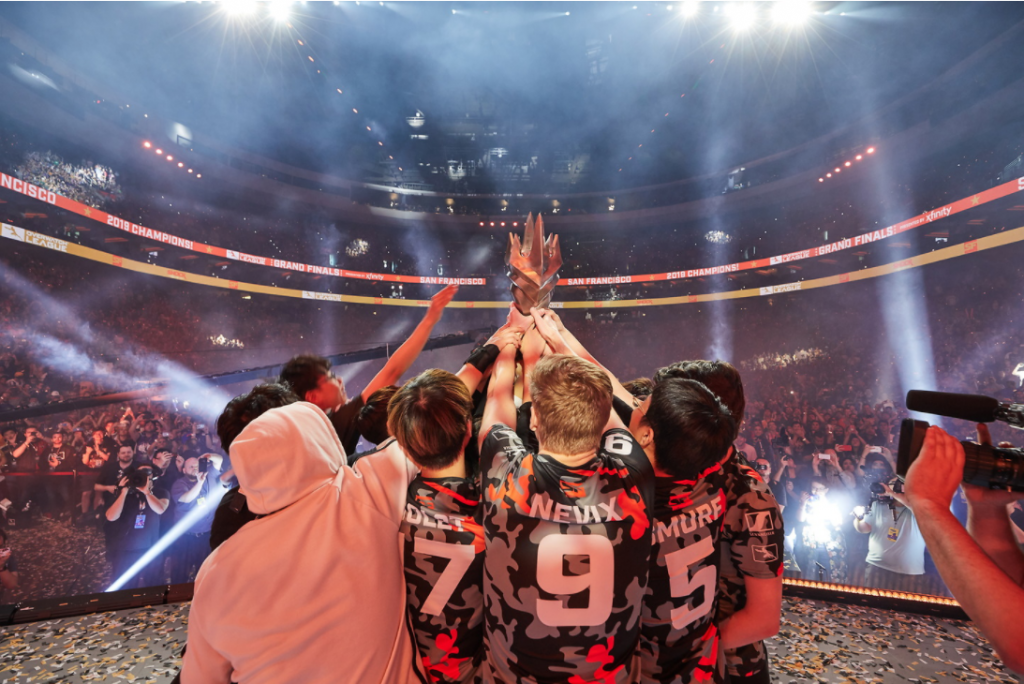 Shock made a few roster and staff changes heading into 2021, when they will attempt to win a third championship in a row. (Photo courtesy Robert Paul - Blizzard)

With the trading season in full swing, San Francisco Shock have made a number of changes to their roster and staff during the off season. On Thursday, their starting Main Support player Grant “moth” Espe was acquired by the L.A. Gladiators, while that same day they signed former Paris Eternal Main Support player Brice “FDGod” Monsçavoir. Moth’s exit followed the departure of star DPS player Rascal, who announced that he was leaving the roster in late October. The team has also seen some changes in their coaching staff. It appears that even championship teams are not immune from big roster shake ups this year.

The first player to leave San Francisco during the offseason was Rascal. Rascal won two championships with Shock during both the 2019 and the 2020 seasons. However, due to a surplus of talent in the DPS position for Shock, Rascal only received a minor amount of playtime throughout the 2020 season. It was disappointing to many fans to see a player who was at his peak spend most of the year on the bench. Rascal left the team to become a free agent on October 25th, in hopes of finding a place where he can accrue more playtime.

Today we say goodbye to @Rascal. From @NRGgg Contenders to moving to the Shock, Rascal was everything you could ask for in a player, individual and friend.

A few weeks later on November 12th, Moth left San Francisco to join the Los Angeles Gladiators. Moth, who was a free agent heading into 2021, served as the starting main support player for Shock throughout their first three seasons and was a member of the Shock’s inaugural lineup. He not only won two championships competing with San Francisco, he also was a member of the 2019 U.S. Overwatch World Cup championship team. He is highly sought after talent and he has the potential to really turn things around for the Gladiators’ support core.

Sadly, today we announce that @moth_ow will not be joining us next season

Thank you for supporting us, and we will ALWAYS support you Grant pic.twitter.com/hJLhm7cQih

As far as roster pickups go, the Shock started by signing FDGod, who will likely take the place of Moth on their starting support lineup. The French player was a rookie during his 2020 season with Paris Eternal. He put on stunning performances throughout the Eternal’s NA Summer Showdown title victory run, and was a 2020 Support Role Star. Before playing with Paris, he competed with the French Overwatch World Cup 2019 team and played for a variety of EU Contenders teams like Young and Beautiful and Orgless and Hungry. For FDGod, this acquisition is a huge opportunity to join a championship caliber team and pursue his first OWL championship next year.

Many players have a reason to stay on Shock. They just win back-to-back championships and currently the best team in the league, leaving little incentive for players to look for new opportunities. Coaches on the other hand have a lot more to gain by leaving. After such a strong performance from the coaching staff this year, their Assistant Coaches had a pretty decent shot at grabbing Head Coach positions heading into 2021.

San Francisco’s first postseason staff change was on October 15th, when Assistant Coach Jae “Junkbuck” Choi announced that he was leaving the Shock. Later that same week, the Houston Outlaws announced that Junkbuck would be joining them as their new Co-Head Coach. The day after the departure of Junkbuck, Ji-won “Arachne” Lee also left Shock. He signed on with Guangzhou Charge to be their new Head Coach for 2021.

It was only one season, but you made an impact that will last forever 🏆

The Shock replaced both coaches on October 26th, promoting Dutch analyst Cas “Casores” van Andel to Assistant Coach and signing former Spitfire Assistant Coach Cheol-yong “Agape” Hong to also be an Assistant Coach. Casores served as the Head Coach of Young and Beautiful and as a Player Development Coach for the Atlanta Reign before joining Shock in September as an Analyst. Only a few months and a championship ring later, he received his first promotion.

Turns out @Casores_OW was smurfing as an analyst…

Proud to announce he's now been promoted to Assistant Coach in the 2021 Season! pic.twitter.com/FvEUeQpsJw

Agape served as the Head Coach of Spitfire for two and a half seasons. During the inaugural OWL season, Agape coached London to the season championship victory, though things have been rocky for the Spitfire during the past two seasons. Although the move to Assistant Coach is technically a step down for him, he is joining a team with a stronger history of success in the league.

This article will be updated as Shock makes more roster moves in the lead up to next year’s Overwatch League season.