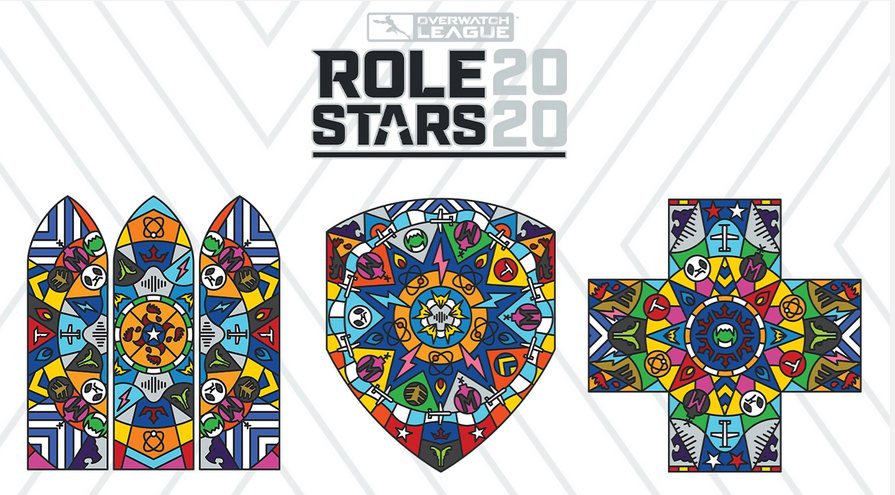 This 2020 Role Stars were dominated by the top ranked Fusion, Dragons, and Shock (Image via Overwatch League)

The Overwatch League officially announced the official Role Stars class of 2020. The 2020 Role Stars are made up of players who were selected by votes from OWL general managers, coaches, broadcast talent, and the media. In order to qualify to be an OWL Role Star, players must have played at least 40% of their team’s total maps in the 2020 season.

Fleta dominated his DPS role in the APAC region throughout the 2020 season. On the back of his monster performances, the Shanghai Dragons rocketed to the top of their region in season three. Fleta was not only named a DPS Role Star but he also won the Overwatch League 2020 MVP trophy earlier this month.

Fleta ended the season ranked first place in the most damage heroes played throughout the season, spending a large chunk of time playing more than seven different DPS heroes. In addition, he ended the season with the highest elimination rate as Tracer and the second-highest teamfight win rate as Tracer. Fleta’s ability to master and dominate his opposition using nearly any available DPS in the game made him a worthy recipient of his 2020 MVP and Role Star awards.

The 2020 season was Sp9rk1e’s rookie year of competition. That didn’t keep Sp9rk1e from making a huge splash in the league though. In July, Sp9rk1e’s Genji was crucial to Paris Eternal’s impressive dark horse victory at the Summer Showdown, where they overcame both Shock and Fusion to win the North American title. Although Sp9rk1e was less influential once Genji was nerfed following the Summer Showdown, his performance at the height of the Genji Meta made him a great Role Star candidate.

In addition to winning this Role Star award, Carpe was a 2020 OWL MVP candidate. Carpe made a name for himself as the king of clutches this past season. During the 2020 OWL season, not only did Carpe become the first player to reach 4,000 final blows, but he also led his team to their best regular season ever. Although the meta has not favored his specialty heroes during the playoffs so far, Carpe was definitely an essential player for Fusion, helping them survive and thrive in the highly flexible competitive meta on display throughout the 2020 season.

Ans was the saving grace of the SF Shock DPS line this year. His incredible hitscan plays elevated Shock, helping make them into a dominant force in the North American region. Ans ended the regular season ranked first in hero damage/10 minutes on both Ashe and Widowmaker, and he held the top Widowmaker elimination rate in the league. As an MVP candidate himself, ANS was a great choice for the Role Star award.

Lip was the final DPS role star on this list this year. Lip played solid as a rock for Dragons this year, finding some of the highest success rates on heroes like Sombra and Ashe. Although he didn’t show off the same impressive flexibility as his teammate Fleta, Lip was still a worthy recipient of the Role Star award.

Fearless was one of the best main tanks in the league during the 2020 season. He had an impressive 55.8% teamfight win rate this year. His mastery of the dive meta and double shield meta made him an invaluable resource for his team, and an essential part of the Dragons incredible run to the Grand Finals of the playoffs.

In a similar fashion to his teammate Fearless, Void was essential to Shanghai’s top tier performances this year. Void specialized in primarily Sigma throughout the season, but he has shown himself to be excellent on a variety of heroes. He completed the season with the highest damage rate on Sigma, averaging more than 12,000 damage/10 minutes. He also had one of the highest teamfight win rates as both Sigma and D.va.

Choihyobin is the unspoken foundation of Shock’s success. While many people recognize the skills of the Shock DPS and healing line, it is Choihyobin who holds the front line and sets his teammates up for success. This quiet Overwatch giant held the best teamfight win rate as Sigma and the best overall teamfight win rate for all off-tank heroes. It would be a crime if Choiyobin had not made the Role Star list.

Cr0ng was a surprise star this year. Coming into the year, very few expected the Charge to be much of a threat. However, on the back of Cr0ng’s next level Sigma plays, Charge were able to make a run to the finals of the Summer Showdown in July, where they pulled off an upset victory over Shanghai. In addition to his Role Star title, his amazing performances throughout the year earned him an MVP nomination as well.

Alarm was a huge part of Fusion’s success in 2020. Throughout the season, Alarm’s ability to flex to whatever healer was needed helped his team adapt to the quickly changing meta. He put on high-ranking performances as Ana, Moira, Brigitte, Zenyatta, and Baptiste making him the most flexible support in the entire league. On top of high-level healing stats, Alarm also plays a highly deadly version of support, holding first place in final blows for Baptiste, Moira, and Brigitte in 2020.

As one of the best Lucio’s around, Leejaegon definitely deserved his 2020 Role Star award. Throughout the season, his high-level Lucio and Brigitte play became a cornerstone for Shanghai’s unprecedented success in the Asian-Pacific region. He ended the season with the highest number of final blows and knockback kills as Lucio, as well as the highest first elimination rate as Brigitte.

Viol2t is one of the best healers in the Overwatch League.  He was ranked first or second in twelve different categories this year, including taking first in hero damage on Baptiste, first in teamfight win rate as Zenyatta and first in healing rate as Moira. His next level support plays were an essential piece to Shock’s amazing 2020 performances, so much so that he was a front-runner for the MVP award this year.

Last but not least on our 2020 Role Stars list is FDGod. FDGod excelled this year, helping take Paris from a middle-ranked team to being considered one of the most dangerous teams in the league. FDGod ranked first in final blows/10 minutes as Lucio and was second in healing/10 minutes as Brigitte. Although Paris was eliminated relatively early in the playoffs, FDGod and the rest of the Paris team can rest assured that they outperformed expectations throughout the 2020 season.