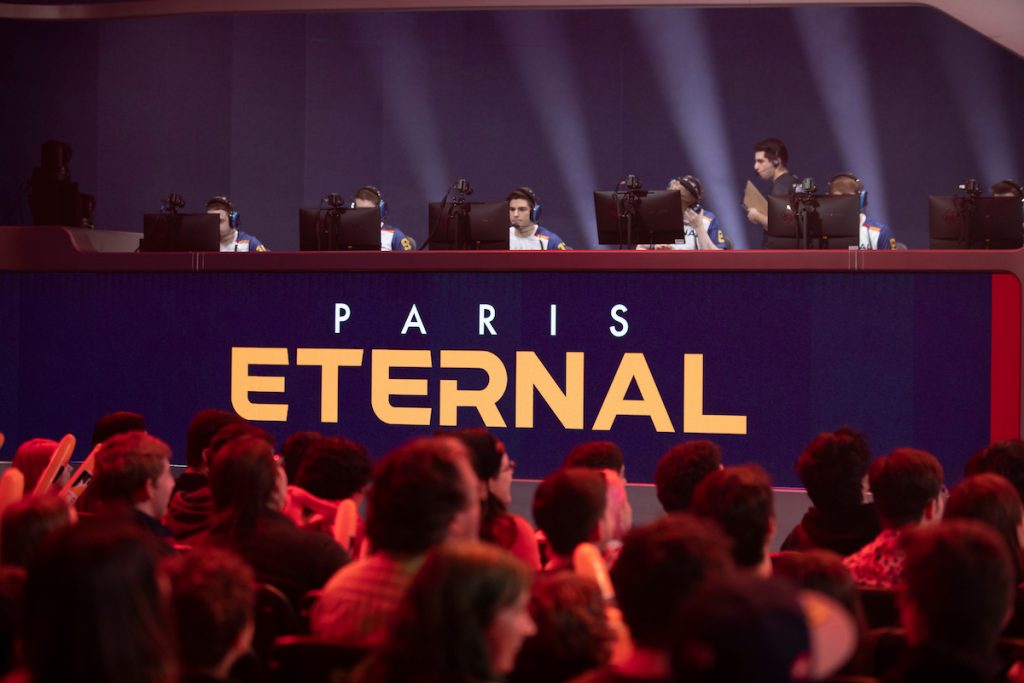 The Paris Eternal stunned the NA region by defeating both the Shock and the Fusion to claim the NA Summer Showdown title. (Photo courtesy Robert Paul - Blizzard)

The #8 seeded Paris Eternal made a historic run during the North American Summer Showdown this past weekend, reaching Grand Finals where they defeated the #3 Philadelphia Fusion in a mesmerizing 7 game series. Perhaps even more impressive than winning the Grand Finals was Paris defeating the seemingly unstoppable San Francisco Shock in Semifinals in a thrilling 3-2 match.

Although Paris has had moderate levels of success this year, very few people predicted that they could defeat the Shock and win the tournament. Their semifinal and Grand Final matches were two of the greatest matches of Overwatch ever played, and will likely be remembered for years to come.

Eternal in name, eternal in fame. We'll be talking about this match for a long, long time.

The tournament prominently featured what many have called the Genji meta. However, Paris Eternal coach, Hee-won “RUSH” Yun, stated during the post-finals press conference that it should really be called the Brigitte meta, since it is her Repair Pack armor which allows Genji to be that aggressive. It is possible the Genji meta will fade when the Brig nerfs removing the additional armor from the Repair Pack ability hit the Overwatch League in coming weeks, but this weekend was quite the spectacle in the meantime.

Paris’ journey to Grand Finals started against the #9 ranked Dallas Fuel in the Friday knockout rounds. Paris won that match 3-1, to earn their spot in Saturday’s quarterfinal. They came in as the favorites over the Fuel, though the two teams were only separated by a single seed.

Next, Paris faced the #4 seeded Vancouver Titans in the quarterfinals on Saturday. Despite the Titans holding the #4 seed, most people still considered the Eternal to be the favorite in that match up. The Titan’s roster is entirely made up of Overwatch League rookies who have struggled to find significant success since being signed to Vancouver in early May. The Titans really hit their stride in Summer Showdown qualifiers and managed to put together a couple great performances. As a result, they earned a high seed and the bye into quarterfinals.

Although the Titans managed to pick up one map against the Eternal squad, Paris won the series in 3-1. The Titans didn’t play poorly by any means, but they didn’t execute the high level of coordination and raw mechanical skill which Paris displayed throughout the Summer Showdown.

In the semifinals, the Paris Eternal had the bad luck of facing the ever dangerous San Francisco Shock. The Shock have been the unquestionable rulers of the NA division throughout season 3 and won the NA May Melee tournament several weeks back. In the face of what many considered to be impossible odds, Paris put on a performance for the ages, defeating the Shock in an intense 3-2 series.

The Shock played at their typical elite level, but Paris somehow beat them anyway. The Eternal’s coordination and discipline were one key factor to their success. They played patiently and carefully, trusting Ki-hyo “Xzi” Jung to find opening kills, after which the team would explode into action to overwhelm the rest of the Shock team.

One of the biggest differences between the strategies of Paris and San Francisco was their usage of Genji. The Shock put Dong-jun “Rascal” Kim on Genji at various times throughout the match, but Genji wasn’t a central game piece in their strategy like he was for the Eternal. In a meta so dominated by Genji, Yeong-han “SP9RK1E” Kim’s incredible Genji performances made all the difference and was likely what tipped the match in the Eternal’s favor. If you have not yet watched this match, you should. It will go down in history as one of the greatest matches of Overwatch ever played. What a way to earn your Grand Final slot.

The Philadelphia Fusion were the #3 overall seed, which meant they advanced straight into the quarterfinals on Saturday. The Fusion have had a chip on their shoulder all year. Despite having one of the best OWL records and some of the most elite players in the league, many have continued to doubt their abilities. The Summer Showdown was the Fusion’s chance to prove they are capable of winning a title. Spoiler alert: they didn’t. 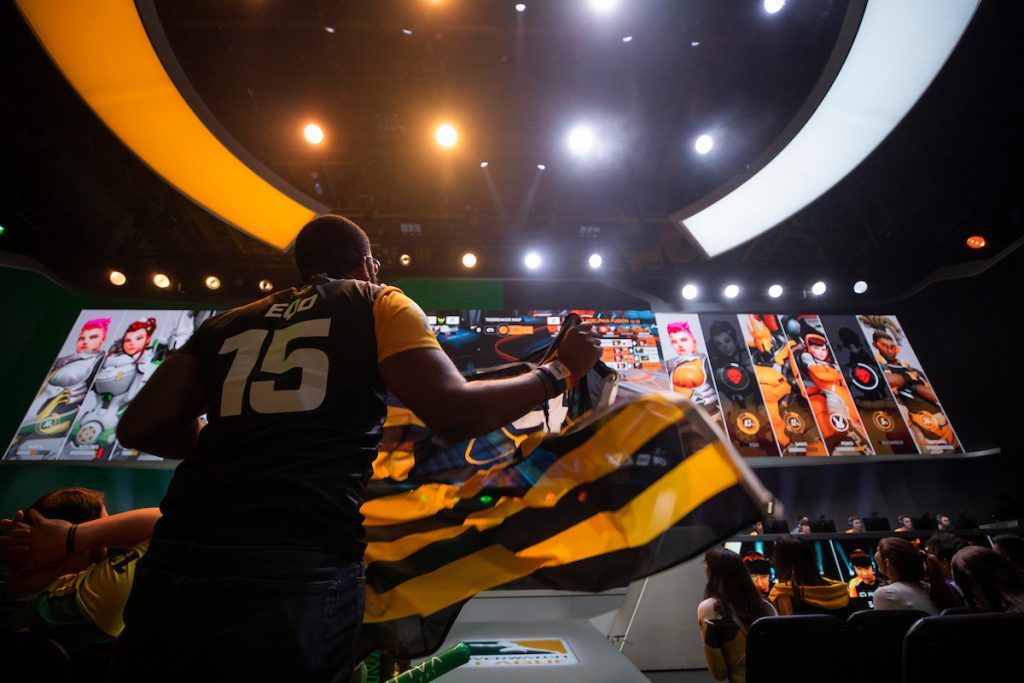 The Fusion easily overcame the #10 seeded Houston Outlaws in a quarterfinal 3-0 sweep on Saturday. Although Houston hasn’t been particularly good this year, they looked great in their Friday knockout match against the Florida Mayhem and Dante “Danteh” Cruz  Tracer has been paying dividends over the past couple of weeks. Some thought they had a chance to beat the Fusion, but in hindsight they never had a chance against Josh “Eqo” Corona and Jae-hyeok “Carpe” Lee’s absolutely devastating damage capabilities.

In the semifinals on Sunday, the Fusion faced the #11 seeded Toronto Defiant. The very fact that the Defiant reached the semifinals was impressive, considering their mixed results in season 3. Just to get into the semis, Toronto had to upset both the #5 ranked L.A. Valiant in the Friday knockout round and the #2 seeded Atlanta Reign in quarterfinals.

Making things juicier, the L.A. Valiant selected the Defiant as their opponent, with head coach of L.A. Mike “Packing10” Szklanny saying “It’s because we think they are bad.” The Valiant had to eat those words when the Defiant trounced them in a 3-1 victory.

The Fusion ended the Defiant’s inspiring Cinderella run in semifinals, taking the series in a 3-0 sweep. With that victory, the Fusion earned their place in the Grand Finals.

The Grand Finals between the Philadelphia Fusion and the Paris Eternal ended up being one of the most exciting OWL matches ever played. Very few Overwatch League matches display the level of drama, strategy, and raw mechanical skill found in Saturday’s 4-3 Grand Final marathon. There were high level strategic plays, incredible mechanical plays, unlikely clutches, and plenty of incredibly close fights. The Finals were a wild ride, which every Overwatch League fan needs to see for themselves.

Both teams utilized a reactive and dynamic playstyle throughout the match. In the post-game press conference, Benjamin “BenBest” Dieulafait explained that the Eternal did not try to single out Carpe like many teams do, instead they tried to react to the Fusion strategies. At the same time, the Fusion also sought the compositional upper hand by adapting to the Eternal throughout the match. This led to constant changes in the team compositions from both teams which proved very exciting.

On Watchpoint Gibraltar, for example, Carpe switched between Widowmaker, Ashe, McCree, in an attempt to gain the upper hand over his counterpart Xzi from Paris, who was controlling the sniper duels at the time. In response to Carpe’s adjustments, SP9RK1E made a switch of his own, rolling out the Doomfist to secure the payload for Paris. Interactions like this made the Grand Final series more dynamic and interesting to watch, as neither team was content to allow the other team to maintain any level of comfort throughout the match.

For the majority of the match, the team compositions were roughly mirrored. However, the two teams played the same compositions differently. SP9RK1E’s Genji was the key to the Paris Eternal’s success. He dealt more damage than the Fusion’s Genji, EQO, since he was pushing aggressively to the front and Paris was relying heavily upon his damage output. The Eternal also leaned on his ultimates to win fights. Xzi played a more supportive DPS role, using the Genji as a distraction to land headshots and kills.

EQO primarily played a supporting role for Carpe, instead of an aggressive centerpiece like many of the Genji players during this tournament. Due to Carpe’s high level of clutch potential, the Fusion tend to play whatever composition will best set Carpe up for success. Of course, that didn’t stop EQO from putting up his own highlight worthy plays, including one of the most impressive 1v5 clutches ever seen in the Overwatch League.

The match came to a head in  map number seven. While on defense, following multiple close team fights, the Fusion managed to hold the Paris Eternal just after the second point on Rialto. This set up the Fusion’s victory condition. However, their offense did not pan out as well.

After losing several early team fights, it was desperation mode for the Fusion. While the Fusion were attempting to take the first point, Eternal DPS Xzi sniped two Fusion players from the flank with only 30 seconds left on the clock. Left in a 1v5 situation, EQO used his Genji Blade in hopes of a miracle, which somehow worked. With a little help from Carpe, EQO clutched that fight to stay alive. But alas, as the Fusion were only a few meters away from their victory condition, they were stalled and defeated in the Final fight by the Eternal.

The seven game series was filled with triumph and heartbreak. For the Paris Eternal, the victory capped off four of the Eternal’s best performances ever. They won their first OWL title and proved that they are the best team in North America. For the Fusion, however, the defeat was devastating. The Fusion have reached the finals in OWL tournament after OWL tournament, but always come up short in Finals. They were only a few feet short of victory on Sunday, but they failed once again. The Fusion seem to be always the bridesmaid but never the bride.