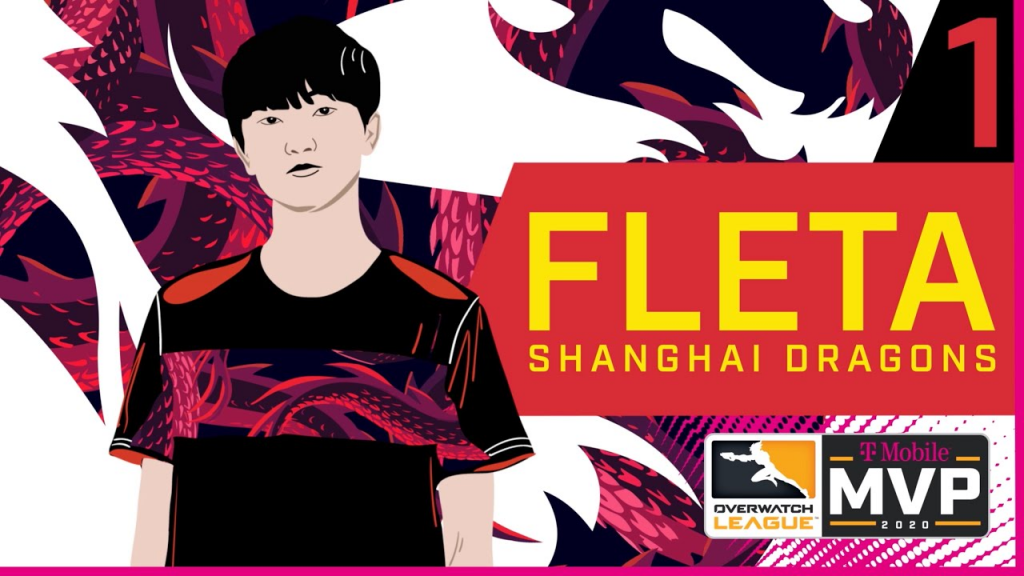 They don't call it the @ow_fleta deadlift for nothing!

Show your @TMobile MVP some #OWL2020 love, huge congratulations to this one of a kind talent 🙌 pic.twitter.com/AYhrQ2Zu6r

Although there were many wonderful candidates for MVP this year, Fleta has had an unprecedented year of success and definitely earned the honor. He consistently outplayed his competition in the APAC region throughout the 2020 season, leading his team to a 27-2 record and helping them win the APAC Countdown Cup and APAC May Melee titles.

Fleta started his Overwatch League journey as a member of Seoul Dynasty in the inaugural  OWL season. He played with Dynasty throughout the 2018 and 2019 seasons, during which time he found great success. He also won a gold medal with the Korean national team at the 2018 World Cup. Leading up to the 2020 season, he earned a reputation as one of the most versatile and deadly DPS players in the world. He was traded to Shanghai for the 2020 season, where he quickly integrated into the Dragon’s system and became a cornerstone of their dominance.

Throughout the 2020 season Fleta was forced by the Hero Pools and a constantly shifting meta to move between a variety of DPS heroes. This was exceptionally difficult for DPS players, since there are so many DPS heroes to master compared to the tank or healer roles. During the beginning of the season, he specialized in snipers like Widowmaker and Ashe, during the May Melee he played a top tier Tracer, during the Summer Showdown he was a world class Genji. Most recently, during the first few rounds of the playoffs, he has been showing off his Pharah and Reaper skills. Fleta can always be expected to play the best possible version of the heroes his team needs on any given day and that is perhaps the most valuable trait a DPS player can have.

Fleta joins past MVP winners Seong-Hyun “Jjonak” Bang of NYXL and Jay “Sinatraa” Won of Shock, who won the MVP awards in 2018 and 2019 respectively.

Shanghai secured their spot in the Overwatch League final four bracket by defeating Seoul Dynasty on Saturday. They will be joined by Seoul Dynasty, San Francisco Shock, and Philadelphia Fusion. The Overwatch Grand final weekend is scheduled to take place in Korea starting on October 8th.