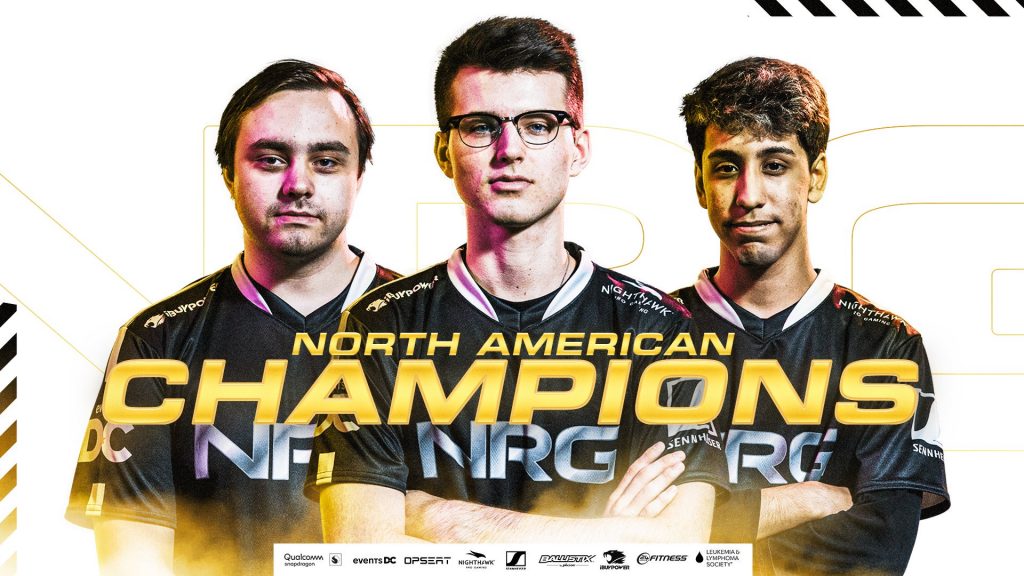 NRG Esports have won the North American RLCS Season 8, extending their streak of dominance over the region to a third consecutive year.

THREE TIMES IN A ROW!

Due to placing first in the regular season, NRG earned a first-round bye. Their playoff run began against the freshly signed eUnited squad. While the fifth seed upstarts did put up a fight, NRG were able to close the match out in a safe 4-2.

In the Grand Finals, NRG found themselves against the third-seeded Pittsburgh Knights. However, the former “The Peeps” roster couldn’t hold a candle to the multi-time RLCS champions. The Knights did have their chances to take games, but NRG showed that they are truly the most skilled team in North America. All three of their players were on fire throughout playoffs.

NASTY 🤢@GarrettG really does score when he wants. #RLCS8

Justin “jstn” Morales was voted the Intel Gaming player of the day. He made multiple clutch plays and was always where he needed to be.

ARE YOU KIDDING ME 😱@Its_JSTN brings @NRGgg within 2 games! #RLCS8

With playoffs having concluded, North America’s four representatives at the RLCS Season 8 International Finals have been decided. They are:

NRG and Spacestation had already qualified as the top two seeds from the regular season. The Knights earned their spot by beating Ghost Gaming in the Upper Bracket qualifier match. They will go as the second seed since they defeated Spacestation 4-2 in semifinals.

The final team to qualify was eUnited. They started the day in the lower bracket as the second-lowest seed. After a 4-2 win over Rogue, the former “Birds” roster played against Ghost for the last spot. This nail-biter of a series went all the way to a game seven overtime. Four minutes in, Raul “Roll Dizz” Diaz found a clutch steal-and-score to send eUnited to LAN.

From the Rival Series to Madrid!@eUnited is headed to the World Championship! #RLCS8

The RLCS Season 8 Finals begin on December 13. Four teams from Europe, two from Oceania, and two from South America will join the North American teams in Madrid, Spain for a three-day LAN event. A prize pool of over $500,000 and the title of Season 8 World Champion is at stake. Check back at Hotspawn for more Rocket League Championship Series coverage.

Rocket League
Share
Zakaria Almughrabi
Zakaria is a former professional TF2 player turned caster and analyst. He has had a passion for gaming and esports for years and hopes to use his skills and experience to convey why gaming is so great. His specialty games are League of Legends, CS:GO, Overwatch, Super Smash Bros, and PUBG.
Follow me