Flubby: “We Need Everyone to Hit Their Marks” 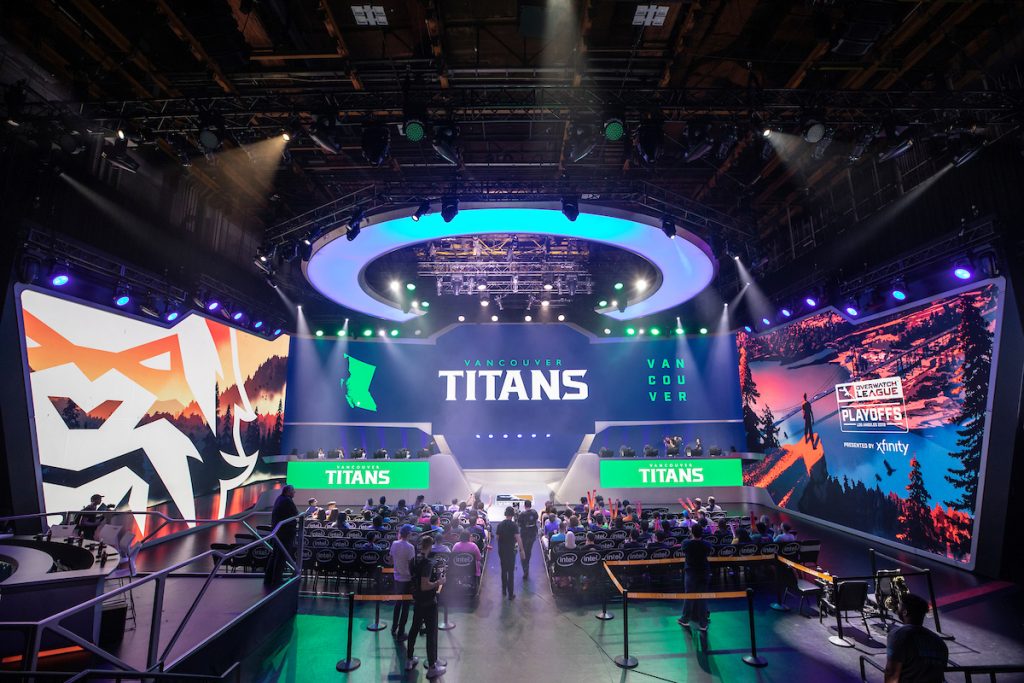 Flubby has been with the Titans for just a few months but is already making strides. (Photo courtesy Robert Paul for Blizzard)

Only a few weeks after failing to qualify for the May Melee tournament, the Vancouver Titan’s new roster managed to turn things around during the Summer Showdown qualifiers. The Titan’s won two consecutive qualification matches with a 3-0 scoreline, which secured them the #4 seed and the bye into the quarterfinals.

We had the opportunity to interview Steven “Flubby” Coronel, the Vancouver Titans Head Coach, about his role with the Titans, his transition from Contenders to OWL, and his thoughts this weekend’s NA Summer Showdown tournament.

Hotspawn: Could you tell us a little bit about your background for those that might not be familiar with you?

Flubby: I am from New York, I currently am the head coach for the Vancouver Titans. I played a little League of Legends back in the day. I was interested in being involved with Overwatch, I played some Overwatch as a Support player in 2017. In 2018 became a coach and here I am.

Flubby: It’s been a pleasure working with Vancouver as a whole. They are very inviting and nice. Working with the Titans has been very smooth overall. The biggest thing for me was acclimating to the Overwatch League itself. That has been a challenge.

There are still some growing pains

Hotspawn: Many of the players and coaches for the Titans, including yourself, came from Second Wind and other Contenders teams. What’s it been like competing in the Overwatch League by comparison?

Flubby: The level of play is certainly much higher. I would say one of the most important differences from the staff side is the increased level of organization and prep work. Everything scales up ten times more from Overwatch Contenders to the Overwatch League. Contenders was more relaxing, with almost a hobby feel. We did it because we enjoyed it. Now we are here and it’s a job. You have to put in the hours, the extra preparation, and the effort to succeed.

Hotspawn: After a seven game losing streak, your team put up two impressive sweep victories in a row during the Summer Showdown qualifiers and earned a #4 seed. What do you feel made the difference? Is the team starting to find their flow?

Flubby: I think honestly the biggest difference for us is the way we structure our staff and communication. We have been getting the players to become more of a team, that is the biggest thing. When we practice and play together, there are still some growing pains. We have people who have never played together, and ultimately teamwork comes with experience. That’s the main thing for those wins.

Last week against the Boston Uprising, everyone was hitting their mark, doing stuff fast, and never giving them room to breathe. This aggressive pace worked really well for us. That match showed us what we are capable of. It showed the world what we are capable of too, but the most important thing was that we showed ourselves that we can play at that level.

Hotspawn: How would you describe your coaching style?

Flubby: My role has been reformatted so to speak. In Contenders, coaching is more about growing players into competitors that Overwatch League teams would want. It involves teaching players some basic life things. Most of these kids in Contenders are young, 15 or 16. You teach them stuff they would learn at a first job. With the Overwatch League, I have to mature my coaching style so to speak. The players are a little older, 18 or 19. We keep on teaching them and helping them transition to the OWL and a more professional environment. I try to teach them to be professional, arrive on time, communicate clearly, all these little things that add up. All of that is of course on top of the strategy development aspect of my job.

Hotspawn: What is your current goal for this Titans team?

Flubby: The most important goal initially is to establish a communication structure that works for everyone. We are finding that more everyday. We are still not perfect, just because we got a couple wins. We still have a lot to improve on and we will continue to strive to improve every day. Communication and teamwork come first.

Hotspawn: Has working with coaches and players you are already familiar with helped with the team dynamic?

Flubby: I’ll say it in two ways. It’s nice to work with people you have in the past. You know what they like and don’t like already. With Second Wind, the team was really good because we had different opinions. I think clashing opinions is good for Overwatch, because everyone brings their perspective, you settle your differences, and work on a plan together. On the other side of things, not having anyone with OWL experience made the transition into the League harder. We had to grow and learn as we went. That is what it was like moving from staff in Contenders to a staff in OWL.

Hotspawn: Going into the Summer Showdown, what do you think the keys to victory will be for the Titans?

Flubby: The key to victory for us is replicating our mentality and effort from the Boston game. We need everyone to hit their marks. Winning that match was very much our focus last week. It mattered a lot for our seeding and we ended up performing really well. We are looking toward recreating the team work, fast paced play, and strong decision making in the Summer Showdown.

Hotspawn: The Titans are currently operating with a small seven player roster. How does having a small roster change what tournament preparation looks like? Do you see it as a disadvantage at all?

Flubby: Speaking from my brief experience in OWL, I would say it’s much better to have a large roster, if only for the wide variety of heroes a larger roster can play. That said, our seven players right now are the exact right fit, and I couldn’t ask for a larger or smaller number of people.

Hotspawn: Niclas “sHockWave” Jensen was brought onto the team just before the May Melee. He played very well against the Fuel and the Uprising. How do you feel Shockwave’s addition contributed to the recent successes for the Titans?

Flubby: Shockwave is great, both as a player and as a person. As a player, his flexibility is great and he hit all the marks we needed. We needed an Echo and his Echo is great, so with him on the team we have access to a more flexible hero pool and his mechanical skills. Shockwave’s character and personality is also great for the team. He has a positive mindset, is hard working, and he talks a lot. Talking a lot is helpful in reviews for the team, during the middle of the match when we are trying to make decisions, and during practice blocks. He has been a great addition to the team.

Hotspawn: Alhumaidi “KSAA” Alruwaili has proven to be a versatile and highly influential tank player. Along with his flexibility, what do you think KSAA’s biggest strengths are as a tank?

Flubby: Outside of his flexibility, the thing that is most impressive is KSAA’s raw mechanical skill. Of course a lot of players have that in OWL, but in Contenders you don’t see his level of skill very often. When watching him in game, his raw skills really show. We are finding as a player that he is likely one of the best Off-Tanks in Overwatch League.

The Titans will play in the Quarterfinals of the NA Summer Showdown on Saturday, July 4th. Tune into the Overwatch League broadcast on Youtube to catch all of the Summer Showdown action.