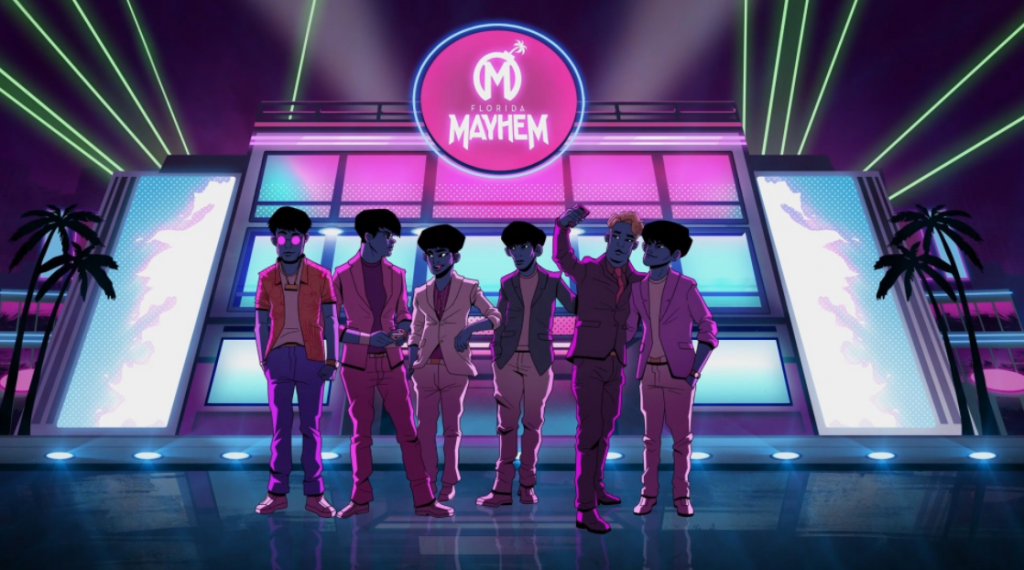 Florida Mayhem signed three new players on Friday, bringing their roster count back up to seven players, after losing five of their players in the off-season. They signed Flex DPS player Seung-hun “Checkmate” Baek, Main Support player Sung-jun “SLIME” Kim, and Main Tank player Min-seok “OGE” Son. The team is now officially above the seven player requirement to compete for the 2021 season, and they announced their new roster just in time for this weekend’s show matches at the L.A. Valiant Winter Ball.

Time to tear it up.

Mayhem are coming off a pretty decent performance in the OWL 2020 season, ending the year with a second place finish at the NA May Melee and ranked 6th in the league with a 17-7 regular season record. Despite this new found level of success, Florida ended up cutting four players from their roster in October to make room for new talent. They then lost their star Main Tank player Pan-seung “Fate” Koo to Shanghai Dragons in early November, which was a huge hit to the team. With Friday’s roster moves, they have taken some strong first steps toward rebuilding their roster.

OGE is a South Korean Main Tank player who will serve as the starting maintank for Mayhem next year. He formerly competed with Dallas Fuel during the 2018 and 2019 seasons. He went on to play for Los Angeles Gladiators during the 2020 season, before finally being signed to Florida on Friday. As a veteran of the league, OGE is bringing a lot of experience to this new role.

I won't say anything about next season, just watch me. https://t.co/DKIbfZgHCg

SLIME is a South Korean Support player who formerly competed with a variety of high profile teams. He first rose to acclaim while serving as the Main Support for the Korean Contenders team RunAway. He was signed to Vancouver Titans, along with the rest of the RunAway lineup, heading into the 2019 season. During that season, Titans dominated their competition, ending the year with a top ranked 25-3 record and attending the Overwatch League Grand Finals match against San Francisco Shock, which they lost 0-4. After Vancouver disbanded their Korean roster in May, SLIME signed on with Seoul Dynasty for the remainder of the 2020 season. He is a big pick up for Mayhem and brings a lot of flexibility to his role.

Our former Titan is ready for some big game hunting. Lucky for @Slime000112, he found just the team to help. Heads on a swivel, @DallasFuel @SFShock 🎯👀 #MayhemIsHere pic.twitter.com/HMspxdUgz3

Checkmate is a South Korean Flex DPS player. Unlike OGE and SLIME, 2021 will be his rookie season in the Overwatch League. Checkmate has been competing for various Overwatch Contenders teams since early 2019, and he made a name for himself competing with the Korean Contenders team OZ Gaming. Although the team never saw much success at Contenders events, Checkmate still managed to stand out from the rest of the field.

Florida’s current 2021 lineup will include:

Florida Mayhem will debut their new roster at the show matches scheduled to take place at the L.A. Valiant Winter Ball on Saturday and Sunday. You can tune into that friendly community competition on the L.A. Valiant’s YouTube Channel.