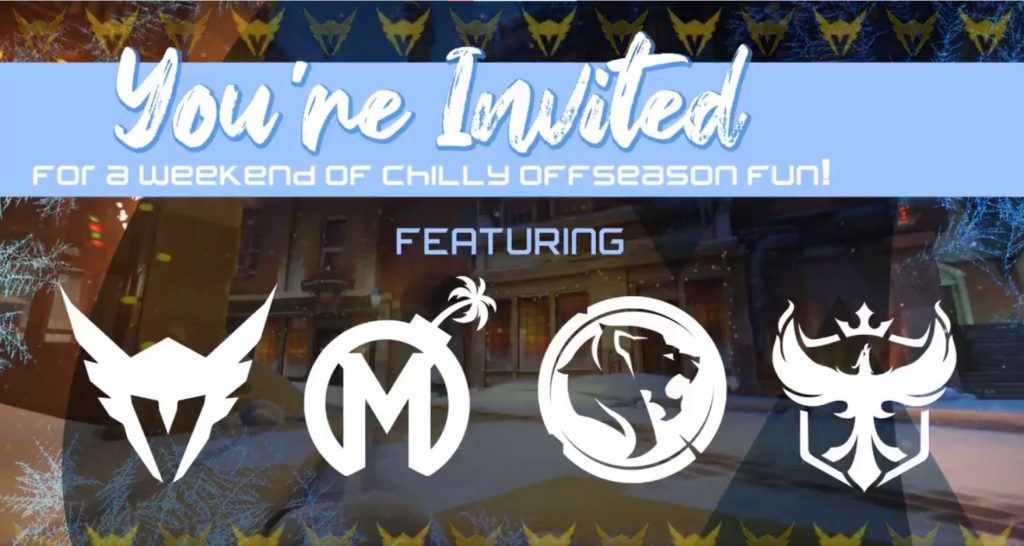 We have so many fun things in store, save the date! #FrontierBall
📅 December 12th & 13th pic.twitter.com/eSkfABVVH4

In addition to the competition between Overwatch League teams, the Valiant Winter Ball is set to include a number of community focused initiatives. Among these special events will be an Overwatch art and fashion showcase and an exhibition match with influencers and past Overwatch League professional players competing against one another. The weekend will conclude with the competitive show matches between the 2021 OWL rosters of the four invited teams.

AN EARLY PRESENT FOR US ALL! 🎁

This tournament will be the first opportunity for fans to get a look at the updated starting rosters for Valiant, Mayhem, Gladiators, and Reign. All four teams have made some significant changes to their starting lineups since the end of the 2020 season in October. While Gladiators, Reign, and Valiant at least have functioning teams, it is surprising to see Florida on this list, since their roster as of writing this article only features four members in total. Considering they will be attending this event, it is likely that Florida will be announcing more players in the very near future.

We're thrilled to be invited to the Valiant Winter Ball, presented by @FrontierCorp! It'll be good to beat – er, MEET, some of these teams on the field again.

Now we just need a roster… @yeHHH, you've got a roster ready for this, right? We haven't heard much lately… pic.twitter.com/kimOwL7IR2

Extra off-season tournaments are always exciting for Overwatch League fans, but events like this are even more important this year because the Overwatch League delayed the starting date of the 2021 season into the spring. With the longer gap between seasons, smaller events and community focused tournaments can help fill the Overwatch sized hold in the hearts of many esports fans. The Valiant Winter Ball will be streamed on the L.A. Valiant YouTube channel.