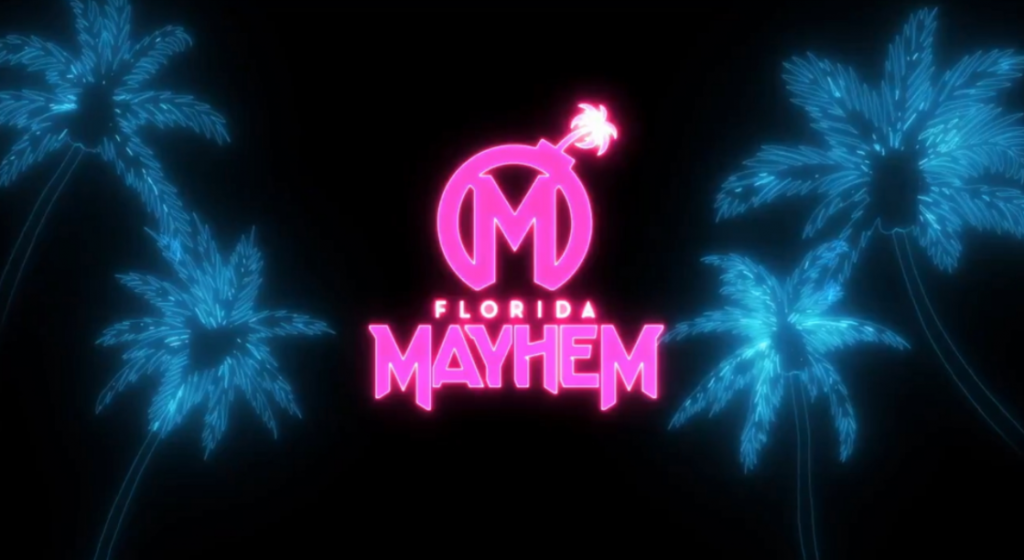 Mayhem are looking to land some brand new talent for their 2021 season. (Photo courtesy Mayhem)

Florida Mayhem announced the departure of a number of their players on Wednesday, including DPS player Jung-woo “Sayaplayer” Ha, Main Support player Junsu “Kris” Choe, Main Tank player San-ha “Karayan” Choi, and finally Flex Support player Seong-ju “Byrem” Lee. Of these four players, only Kris was a consistent starting player in the 2020 season. The cuts leave Florida with only five active roster members and plenty of space for new talent. According to the 2021 roster construction rules, Mayhem will be able to start the process of signing free agents on October 24th.

Florida kicked off their roster cuts by announcing the release of Hitscan DPS player Sayaplayer. Sayaplayer has been inactive since June, when the player announced that he will be returning to Korea to deal with an ongoing health issue. He competed with Florida for three years and was a member of their inaugural team roster. Even before the Overwatch League, he made a name for himself as one of the most deadly hitscan players in the world while competing with Meta Athena. During his time on Mayhem’s active roster, he clutched his fair share of team fights using his incredible Widowmaker accuracy. Sayaplayer was a beloved member of Mayhem and he will be missed by Florida fans.

“Don’t be dismayed at goodbyes. A farewell is necessary before you can meet again. And meeting again, after moments or lifetimes, is certain for those who are friends.”

Thank you, Saya, for bringing out the best in us. #LightItUp pic.twitter.com/qesES7RAvb

Next, Mayhem released Main Support player Kris from their active lineup. Kris was a starting player on the squad and served as the team’s Flex Support player in the recent playoffs where Florida was eliminated in the losers bracket semifinals. He has been active in the Overwatch pro scene since APEX Season 2. He started his pro career competing for Meta Athena, where he played alongside Sayaplayer and other future OWL talent before eventually earning his way into the Overwatch League. Kris was signed to his first Overwatch League contract by Florida at the start of the 2019 season, where he remained until his release on Wednesday.

"Kindness and a generous spirit go a long way. And a sense of humor. It's like medicine – very healing." – Max Irons

Thank you, @Mayhem_Kris, for being our healer. We've come a long way from the Meta Athena days… and we can't wait to see where you go next. #BringTheMayhem pic.twitter.com/7l7fD0THsj

Karayan was the next domino to fall on Wednesday. The Main Tank player was signed to Mayhem part way through their 2019 season. He was picked up from the South Korean Contenders team Armament, along with Beom-jun “Gargoyle” Lee and Yong-joon “DPI” Choi, both of whom were also competing with Armament at the time. Karayan only saw limited playtime in the Overwatch League during his year and a half stint with Mayhem. Throughout the 2020 season, Mayhem relied primarily on Pan-seung “Fate” Koo to fill their Main Tank role. When Karayan did get some playtime against Boston in April, he showed off some high-quality Reinhardt plays and even earned himself the player of the match distinction. Unfortunately, his limited speciality of Reinhardt makes him a less valuable Main Tank than the much more flexible Fate.

"The strongest trust is built by the smallest actions, the keeping of the little promises. It's the constant truthfulness, the continued dependability, the remembrance of minor things, which most inspire confidence and faith."

In their final roster move on Wednesday, Florida removed Flex Support player Byrem from their roster. Mayhem acquired Byrem from NRG Esports in May of 2019. He played in several matches during the second OWL season, primarily playing Zenyatta and occasionally playing Ana. In the 2020 season, Byrem saw very occasional play when Zenyatta was part of the meta. Most notably, he played in their match against San Francisco Shock in the Semifinals of the Countdown Cup. His lack of flexibility outside his speciality Zenyatta was extremely limiting and likely the reason he was cut.

“There is nothing more beautiful than someone who goes out of their way to make life beautiful for others.”@byrem2, you made all of our lives more beautiful. Thank you! #LightItUp pic.twitter.com/M8XWZOfunb

Although their rebuilding efforts may indicate differently, Mayhem had a surprisingly good OWL Season 3. Coming into the 2020 season, most analysts held pretty low expectations for Florida after they finished the 2019 regular season with an abysmal 6-22 record, which was actually an improvement over their 2018 record of 7-33. In contrast, Mayhem finished the 2020 season with a 17-7 record, a second place finish at the NA May Melee tournament, and a semifinal finish at the NA Countdown Cup tournament.

Heading into the 2021 season, Florida is a well respected team with the potential to be one of the most dominant teams in the North American region. They proved that they are capable of hanging with some of the best teams this year, we’ll see if they can put together an even deadlier lineup for next year.