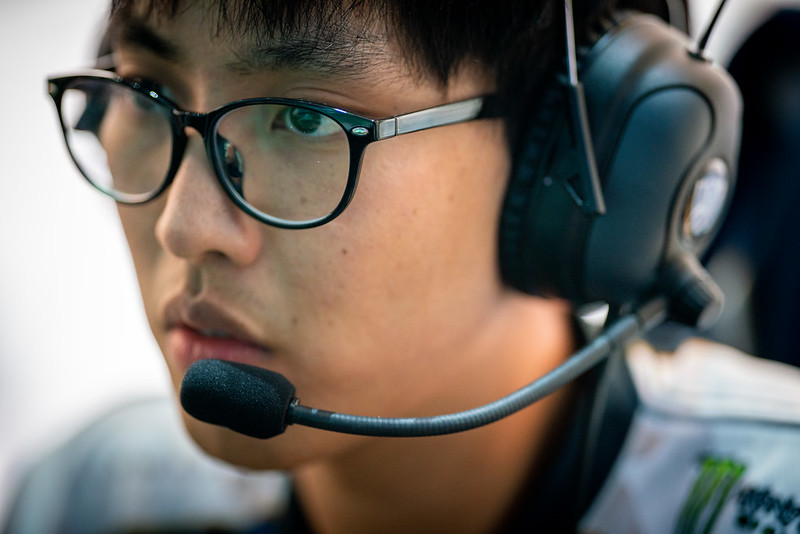 Entering week nine, Team Liquid were a long shot to make the playoffs. Their destiny was out of their hands after a 7-9 start to the season. Even if they won both of their games in week nine, they would require some upsets to move up in the standings.

With their season seemingly on the line, Team Liquid dropped their opening game against FlyQuest. The draft was a mess. Jung “Impact” Eon-yeong had one of his worst games of the season, and all hope for the playoffs seemed lost, again. It would require a miraculous run of great results for TL to even be mathematically alive by the time they played their second match.

Do you believe in miracles?

Incredibly, Team Liquid would get that chance. Immortals lost twice, including throwing a game in which they had Ocean Soul against Golden Guardians. Both Golden Guardians and Dignitas won both their games to finish 8-10, meaning that Team Liquid wouldn’t automatically lose a tiebreaker to Immortals if they reached 8 wins. It would be a four-way tie for sixth place even if they won, but TL’s playoff hopes were still alive as they faced Cloud9.

The draft for Team Liquid was one of their better ones of the season. With Elise, Ornn, and Ashe, Team Liquid had a very defined pick composition that had plenty of engage to fight whenever they wanted. Robert “Blaber” Huang got a favorable Olaf matchup into Elise, but TL’s composition could team fight just as well as Cloud9’s and had much more reliable engage.

But that jungle matchup was a factor early on. Mads “Broxah” Brock-Pedersen missed a point-blank Cocoon for First Blood and instantly paid for it by giving Eric “Licorice” Ritchie a kill and double buffs. Broxah would go on to take those buffs back from Licorice on a successful dive a minute later, but that early misstep cost Team Liquid a lot of momentum early.

With Blaber controlling the early jungle matchup, Cloud9 easily secured the first two dragons of the game to start their stacking. By the time the third dragon spawned at 15 minutes, C9 had already built a 3k gold lead off CS and turret advantages. But that was when Team Liquid started to turn the tides.

Peter “Doublelift” Peng caught out Jesper “Zven” Svenningsen with Enchanted Crystal Arrow to give Team Liquid the third dragon of the game. Another Doublelift Arrow at 19 minutes gave TL a 6-5 kill lead, mid turret, and evened the game in gold. Team Liquid won another four for zero fight, secured Baron, and picked up the third dragon of the game to move to Soul point.

C9 snuck the sixth dragon of the game after another TL Baron to move both teams to Soul point at 39 minutes. Team Liquid had a 3k gold lead to start the fight, but in reality their gold advantage was much larger as five Ornn upgrades had already been completed. Still,you have to execute the fights with the gold lead. Yasin “Nisqy” Dinçer laid out a perfect Equalizer across three members of TL and C9 picked up the massive team fight win. C9 picked up Cloud Soul, four kills, and Baron to regain control of the game.

C9 pushed into TL’s base at 42 minutes, securing bot inhibitor and a Nexus turret. Tl repelled the attack, but the damage done to their base left them vulnerable. When TL exited their base to try to contest the Elder Drake spawn, Philippe “Vulcan” Laflamme Tahm Kench ulted Zven into TL’s base and backdoored the final turret and Nexus. Just like that, Team Liquid’s playoff hopes were dashed.

The loss moved Team Liquid to 7-11 on the season, good for ninth place in the LCS. It’s an unbelievable fall from grace from the four-time defending LCS champions. They had a tumultuous split with Broxah’s visa issues and Doublelift’s illness and subsequent benching, but neither problem was prolonged enough that it should have resulted in such a poor season-long performance.

It’s hard to see Team Liquid entering the Summer Split without changes. Doublelift has been critical of both how his coaches handled his benching and the team shot calling, so there is some potential that he isn’t part of the team next season. Impact had one of the worst seasons of his career, though he did play very well in this last game against C9. Broxah hasn’t really gelled with the team, but it seems early to give up on him after TL booted Jake “Xmithie” Puchero to grab him.

We gave it everything we had.

This is not the team that brought you four repeat titles, but hopefully that performance showed that, with time, we can be once again.

Thank you to everyone who stuck with us through it all. We'll see you in the summer. 💙

Most likely, there will be a shakeup on the coaching staff. Team Liquid had some of the worst drafts in the LCS this season. That may have been tolerated when their players overcame draft shortcomings through cohesive play, but they didn’t even have that to fall back on this split. Whatever the change is, Steve “LiQuiD112” Arhancet has proven aggressive in trying to upgrade his team throughout his long tenure. For the first time in a while, a Team Liquid roster change is more of a requirement than a luxury.