Chicken Fighters Hold Close Against Na’Vi at ESL One 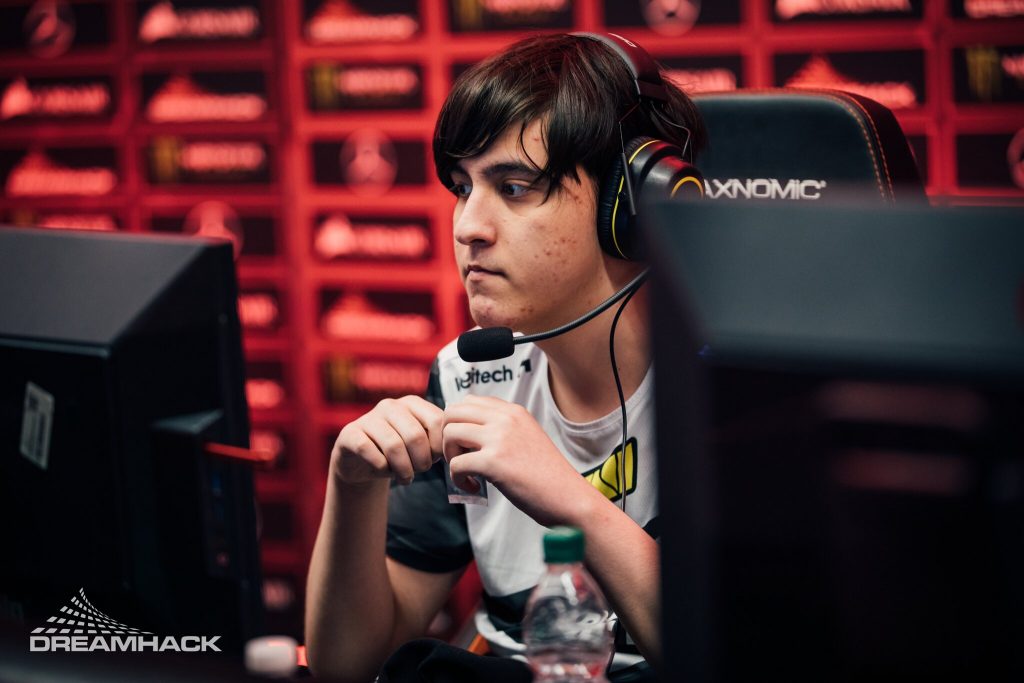 ESL One Los Angeles’ European and CIS division group stage is chugging along as scheduled. Two full three-game series kicked off the matches on Tuesday, with the first half of the docket featuring CIS squads Team Spirit and Natus Vincere—who both put away their opponents to improve their records going forward.

These were the very first games for ESL One played on Patch 7.25c, which dropped on Monday night to address passive health regeneration items and a few heroes which have been at the top of the metagame for a while now.

CIS region mainstays Team Spirit went to bat first, facing off against the all-Russian squad Team Unique to start the day. Unique were first to strike in the matchup, blitzing Spirit in less than 20 minutes in game one.

Unique played pretty much a perfect game, winning the mid and off lane matchups with ease while drawing even in the safe lane at worst. Kill after kill going their way marked the first ten minutes, with Egor “19teen” Lexutin getting the lion’s share of the opponents’ blood. His Bristleback exploded for eight kills and only two deaths, ensuring that Spirit could not get the start that they wanted.

This is what you call a Dota 2 Speedrun! @Team_UNQ are in @Team__Spirit's base at just 16 minutes into the game! 😮#ESLOne
📺 https://t.co/RUTJQihdBh pic.twitter.com/EsTiRqxaLj

Without the gold and momentum that they sorely needed to get their Medusa-based draft online, Spirit realized that their game plan was a lost cause and elected to surrender in order to jump straight into the next game.

Team Spirit then responded in kind, though it took them a bit more time to close things out in game two. Like Unique before them, Spirit imposed their will in the laning stage, jumping out to a small net worth lead by the mid game. Egor “Ergon” Kozlov was the man of the hour up until that point, leveraging Kunkka’s strong presence in the middle lane to keep 19teen’s Shadow Fiend in check.

Of course, Anton “DyrachYO” Shkredov’s Slark took over in jaw-dropping fashion as soon as the mid game began. Wielding his 16 minute Diffusal Blade, DyrachYO wreaked total havoc in teamfights, picking off key targets with ease while enjoying the healing from Mikhail “Misha” Agatov’s Oracle. With his hero getting bigger and bigger as time went by, DyrachYO helped his team push their advantage and even the series score.

Game three was quite the back and forth affair, with both teams ending the contest with almost identical kill counts. Unique held a small early advantage as the Radiant, utilizing their strong timings to back Team Spirit into a corner. Team Spirit would fight back going into the mid game, however, with some key pickoffs fueled by the global presence of Ergon’s Nature’s Prophet.

Ergon continued to farm out of Team Unique’s reach, eventually hitting over 800 gold per minute on his way to an Assault Cuirass, a Satanic, and a Daedalus. In the late game, he even played the role of bait for his team, which Unique were very eager to take. This proved disastrous for them, as the rest of Team Spirit were simply waiting in the wings to pounce.

With so many carry items at Ergon’s disposal, it was simply a matter of time until his teammates cleaned up the rest in the teamfight. Unique hoisted the white flag shortly after, handing the 2-1 victory over to Spirit.

Fan favorite team, Na’Vi was up next against European group Chicken Fighters, composed of familiar names like Adrian “Era” Kryeziu and Akbar “SoNNeikO” Butaev—the latter of which used to play for Na’Vi a few years ago.

The first game was much the same as the one between Team Spirit and Team Unique, albeit with a few more minutes of playtime thrown in for good measure. Na’Vi punished Chicken Fighters for the eighth pick Meepo by putting Idan “MagicaL” Vardanian’s Shadow Fiend in the middle lane instead of Vladislav “Crystallize” Krystanek’s Ember Spirit—which went to the safe lane.

An early lead is secured by @natusvincere after a great teamfight in the Midlane!#ESLOne
📺 https://t.co/RUTJQihdBh pic.twitter.com/0WaNkUEFM6

The Shadow Fiend pick worked to perfection, and MagicaL more or less did what he had to do: stop Ondřej “Supream^” Štarha’s Meepo from snowballing out of control. Actually, he did more than just that—the 14 kills that he scored indicate that he did some real heavy lifting for Na’Vi. Paired with the control provided by Pavel “9pasha” Khvastunov’s Mars and the additional damage from Crystallize, Na’Vi were able to lay the hurt on Chicken Fighters and coast to a sub-30 minute win.

Chicken Fighters then answered back in the second game, this time thinking outside the box a little by going for unorthodox item builds on their cores. Charlie “CharlieDota” Arat played Terrorblade into a Na’Vi lineup with Ember Spirit and Underlord in it, which are two heroes that tend to do well versus his pick.

In order to shore up the lack of damage that the Underlord would cause in particular, CharlieDota instead went for a Sange and Yasha, a Daedalus, and an Abyssal Blade as his core items. Combined with the healing and protection from SoNNeikO’s Oracle, Charlie was basically able to do whatever he wanted in the late game, dishing out tons of physical DPS and locking down Crystallize wherever he went.

The same went for Supream^, who went for an early Satanic on Shadow Fiend followed by his own Daedalus. The unique itemization worked perfectly, helping Chicken Fighters tie the series one game apiece after 45 minutes of play.

Sadly, they could not turn it into a comeback in the series, as Na’Vi put their feet down in the third game by picking Ember Spirit, Phantom Lancer, and Nature’s Prophet to deal with Chicken Fighters’ Naga Siren-based draft. Although Chicken Fighters held a small lead at the beginning, their advantage quickly evaporated as soon as Crystallize purchased his Diffusal Blade at 14 minutes.

9pasha’s poise and confidence as the offlane Ember Spirit also came into play, with a 14 minute Maelstrom of his own. As soon as both cores were online, Na’Vi immediately looked to push the tempo against Chicken Fighters, whose draft could not withstand the control and damage coming from their opponents. And although CharlieDota was able to farm the usual complement of Naga Siren items quickly, it meant very little considering his teammates were getting corralled and picked off one by one leaving him to fend for himself.

With their advantage growing rapidly past the mid game, Na’Vi ran away with the final game of the series despite some tense moments in between.

Other
Share
Patrick Bonifacio
Patrick has been playing Dota since the dawn of time, having started with the original custom game for WarCraft III. He primarily plays safe lane and solo mid, preferring to leave the glorious task of playing support to others.
Follow me