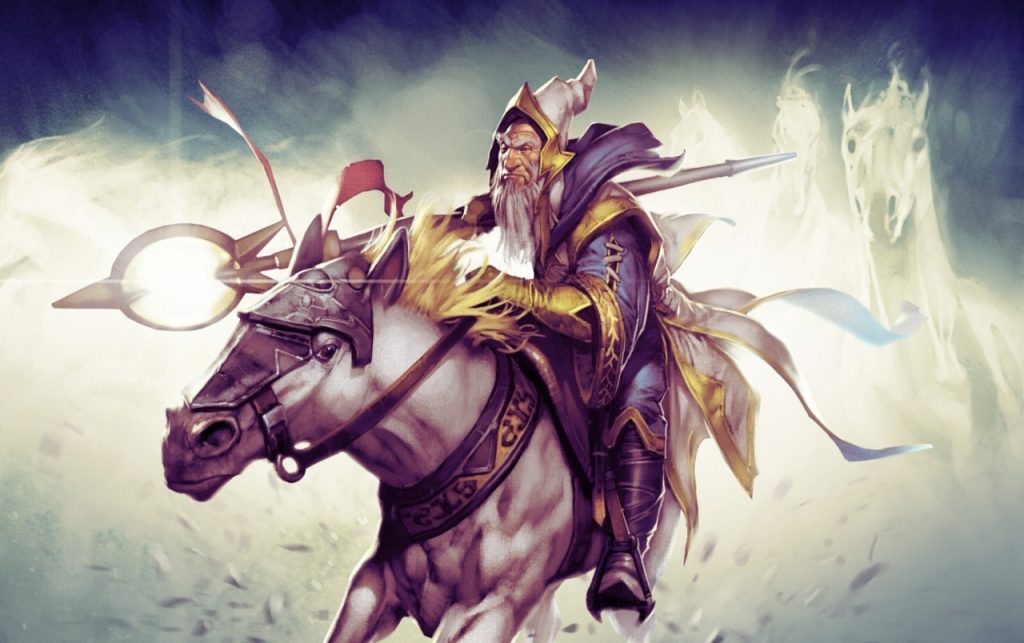 Keeper of the Light was one of several supports to feel the pinch in this latest gameplay update. (Photo courtesy Valve)

The 7.25c Gameplay Update Dota 2 dropped late Monday evening, bringing with it a host of changes. With ESL One Los Angeles 2020 Online currently underway, the fresh patch is sure to shake up the picks and bans in this tournament, as the changes focus on some of the more popular choices for itemization that we’ve seen so far.

Chief among the tweaks that 7.25c has added is a blanket nerf to health regeneration items. Ring of Regen, Soul Ring, Headdress, Mekansm, Helm of the Dominator, Ring of Tarrasque, and Royal Jelly all saw their health regen stats reduced by between 0.25 and 0.5. Pipe of Insight also had its recipe cost increased by 200 gold, pushing it further out of reach of those squishy support heroes.

The 7.25c Gameplay Update has been released https://t.co/X4lI1Iaow0

These regen changes are the second wave of nerfs to this vital stat. Earlier in the patch, Ring of Tarrasque saw its cost increased after it became the default starting item on many heroes. The shift towards passive health regeneration over health-restoring items has affected vast swathes of the game’s meta, with picks that can best utilize the increased staying power that regen gives them rising to favor.

Besides the regen nerfs, several of the previous patches’ strongest and most picked heroes have seen their abilities adjusted to mitigate their power. Death Prophet, who’d risen to prominence at both WeSave! Charity play and the early portions of ESL One Los Angeles has seen her base damage reduced, her Spirit Siphon mana cost increased, and Exorcism Scepter damage multiplier subtracted. Likewise, Lycan, some of the more snowbally carries such as Lycan, Meepo, and Phantom Lancer, have seen nerfs to limit their quick scaling.

But it’s not just carries that are feeling the pinch. Snap Fire, Phoenix, and Keeper of the Light are all seeing some justified nerfs after the heroes become some of the most picked supports in the game.

Overall, almost every change in this patch is going to see teams reconsider some of their existing picks during the ESL One Los Angeles Online tournament. One stack in particular who’ll be feeling the pinch is Nigma, with core Aliwi “w33” Omar a keen Meepo player, and captain Kuro “KuroKy” Salehi Takhasomi one of the big KotL pickers in the tournament.

Full details of the patch and all the latest updates are available on Valve’s official Dota 2 website.