Rapiers and Raging Bears at ESL One LA 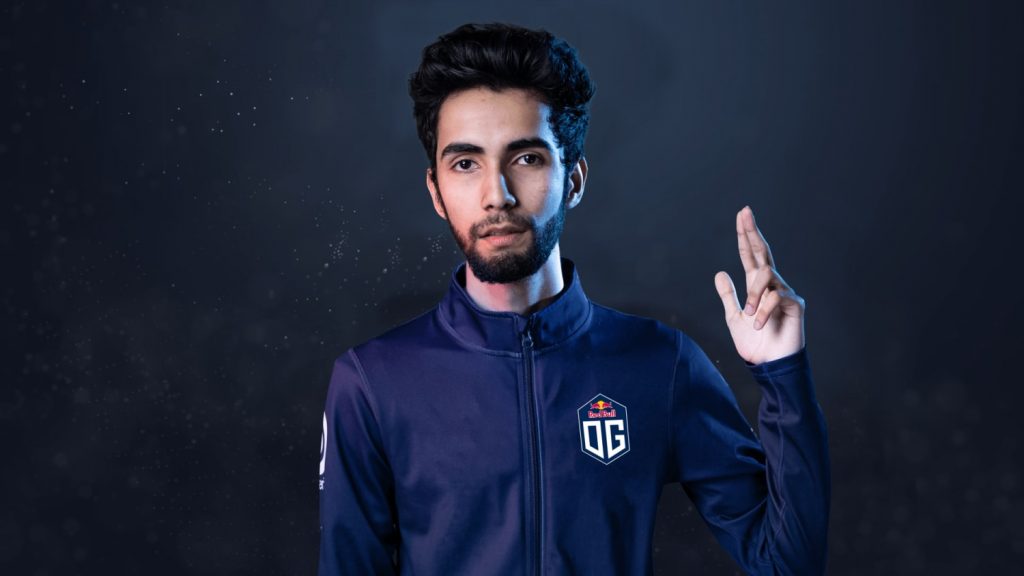 Day three of the ESL One LA Online EU/CIS league brought us back to Group A and featured Hell Raisers vs. Vikin.gg, Nigma vs. Cyber Legacy, Virtus.Pro vs. Gambit and OG vs. B8. Read part one of the recap for day three of play here.

Gambit and Virtus.Pro have battled many times this DPC season, continually vying for the top slot in the CIS regional qualifiers. While Solo has often had his fng’s number in the drafting department it was Gambit who looked to be the better team for much of the early season events. After Gambit experienced some roster instability and Virtus.Pro have had more time come together, the roles have begun to shift.

Game one of the series was an old fashioned slugfest with Virtus.Pro snowballing early and racking up kills in bunches. The dual spirit combo of No[o]ne- on Storm Spirit and iLTW on Ember Spirit utilized their high mobility to consistently find pickoffs on the slower moving Gambit supports. As the teams entered the mid game however it became clear that VP desperately lacked the ability to turn kills into objectives, leaving the door open for Gambit to reach critical mass. Once Gambit’s Shadow Fiend hit level 20 it became the gpk show as the rising star stood tall and struck down any enemy who neared him. The young mid player only recently rejoined the team after being benched for refusing to practice but didn’t seem to have lost a step, carrying Gambit to a hard won victory in almost 50 minutes of gametime.

While the VP heroes had all been strong individually in game one, they were relatively slow paced and farm heavy, something that allowed Gambit to hit their timings. Virtus.Pro were having none of that in game two. A team once known for being the most dangerous early game squad in all of professional Dota made sure to come online faster this time around. Lead by effective rotations by No[o]ne’s Quas/Wex Invoker, VP took the fight to Gambit once the lanes broke down. Consistently hunting and punishing the much more passive Faceless Void carry, VP found pickoff after pickoff when Gambit’s spells were on cooldown. Thanks to superior team fight Gambit were able to punish the aggression of VP in a fight at their triangle jungle and cut VP’s lead in half. The fight required everything Gambit had to offer however and VP immediately redoubled their aggression avoiding any similar mistakes to take the game in just over 25 minutes.

Game two seemed to break Gambit’s spirits a bit as game three was even more one sided for Virtus.Pro. Lead by an outstanding performance from the newly converted offlaner Resolut1on, VP lead 14-3 in hero kills at just 14 minutes. They would only give up one more life on their way to a very quick 23:58 game. Solo, known for his sacrificial role, finished without a death and a 1/0/11 stat line on Disruptor. The game was a great step forward for VP who started to look comfortable in this fight first, farm later playstyle and sets them up as the second place team in the group after two days of play. Gambit continue to struggle, currently last in their group, and may have some internal issues to deal with if the downward spiral continues.

OG Requires Multiple Rapiers to Fend Off B8

The first TI winner took on the first two-time TI winner in a match that many expected to be very one sided. The recently formed B8 team have looked outmatched in many of their games since forming and have appeared slow to adapt to the meta. OG, despite playing with two standins remains a heavy favorite at the tournament and is coming off a 2-0 victory over Nigma.

Game one made it pretty clear that this would be a fun series to watch. OG are clearly experimenting with things while playing at less than full strength and B8 seem to grow with every match they play. For SumaiL, game one probably felt a lot like the North American pubs where he originally cut his teeth in high level Dota. Tasked with carrying on Gyrocopter, Sumail found himself dragging a ragtag group of almost randomly selected heroes across the finish line. 33, standing in for TOPSON brought his fabled offlane Dark Seer to the mid lane where he actually played quite well against Dendi’s Ember Spirit. With an offlane Spirit Breaker and Weaver plus Earthshaker supports, OG employed their prototypical “run at you style” while Sumail farmed. With a Divine Rapier and Aegis on the Gyrocopter at just 31 minutes, OG pressed forward onto the B8 high ground and would not be repelled.

Game two showcased more bizarre picks for OG with 33 this time running a mid Tidehunter while Ceb took Tusk to the offlane. B8 countered with a Meepo and Dendi’s signature Queen of Pain to heat up the tempo of the game. N0tail, playing a hard support Ember Spirit this time set his team up with several early kills and OG routinely slaughtered the B8 supports in the early game. All the while Xcalibur, known in the pub scene for his Meepo, farmed away and peaked in the mid game. After claiming the Aegis it seemed like B8 had the game in the bag. The young team is prone to errors in critical moments however and an over extension led to Xcalibur’s death. The game seemed to be slipping away from B8 when OG stole away the third Roshan, giving 33’s Tidehunter a Refresher Shard. In a very strange moment, half of OG dove B8s base, massively overextending and failing to use their huge team fight advantage at the critical stage of the game. B8 picked apart the OG heroes one by one and ran down mid to end the game without any OG buybacks available.

For fans, getting a third game of this wacky series was a treat and the game itself delivered in a big way. After an even laning stage, B8 jumped out to a big mid game lead off the back of excellent team fight execution. Time and again Lebron landed multihero Winter’s Curses which were followed up by a devastating Sonic Wave from Dendi’s Queen of Pain. OG, playing a somewhat more meta draft actually looked outmatched and B8 deftly controlled the map. The B8 lineup lacked building damage and damage in general as the game dragged on however and Sumail’s Gyrocopter continued to rise up the networth chart. In a game changing fight outside of the OG high ground, B8 ran out of steam and eventually slipped up in their spellcasting. OG’s tankier lineup weathered the storm and struck back to claim several huge kill streak bounties. This gold influx turned into yet another Divine Rapier for Sumail who charged down mid and ripped through B8s base without resistance.

After two days of play in Group A, B8 finds themselves 0-2 while OG sit atop the group with a 2-0 record.