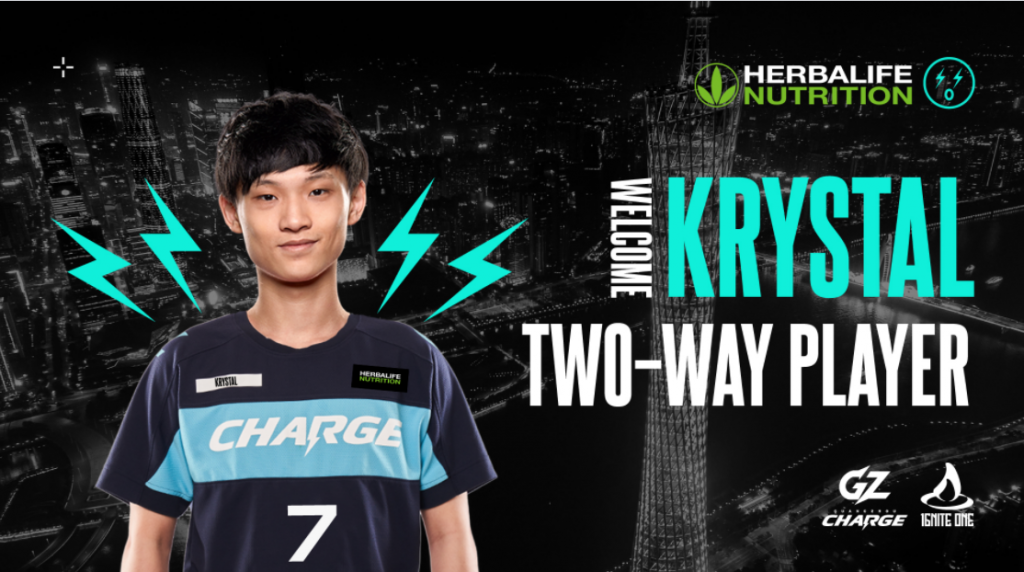 The Guangzhou Charge announced on Tuesday that they have signed Chinese DPS player Cai “Krystal” Shilong as a two-way player for the Charge and Ignite One Contenders team. This move comes even as Krystal’s former organization Bilibi Esports, who own the Hangzhou Spark, announced that they will be pursuing legal action against the player in China.

We’d like to welcome Krystal to the team as a two-way player. This talented player previously played for @HangzhouSpark, T1W in Chinese Contenders, as well as winning the silver medal in the 2018 #OWWC. (1/2) pic.twitter.com/WyBrR3Oj7f

According to Bilibi, Krystal was a highly unreliable player and teammate while playing with the Spark, ultimately leading to his suspension in 2019 and release in 2020. Nonetheless, the Charge are offering the player a fresh start.

Krystal’s ongoing dispute with the Spark

The Hangzhou Spark released Krystal in June after he was suspended for the better part of ten months. According to the Spark team supervisor Longduo, Krystal engaged in a number of unprofessional practices while playing for the Spark, including allegedly taking extended time off without permission, refusing to show up to team practices on time, and disrupting team plans by demanding he switch roles, among other various forms of malfeasance.

At the time of his release, the Spark passed the matter of Krystal’s bad behavior off to their legal department.

On Tuesday, the legal department of Bilibi Esports announced legal action against the player in the China International Economic and Trade Arbitration Commission. They are reportedly seeking damages from Krystal exceeding 15 million RMB, or $2.13 million USD.

Official: On June 15, Bilibili Esports filed a request for arbitration at the China International Economic and Trade Arbitration Commission, demanding that Krystal pays no less than 15 million RMB in reparation (~2.13 million USD) pic.twitter.com/r7aqe6jcft

$2.13 million USD is a hefty sum to seek from the 19 year-old-player Overwatch player, but it seems clear that the Spark believe that his conduct has caused significant monetary damages to their team.

Charge give Krystal a Second Chance

Meanwhile, in spite of the pending charges against him, Guangzhou have reached out to Krystal and signed him to a two-way contract.

In the announcement on Twitter, the Charge stated: “As a two-way player, we are giving Krystal a fresh start which we believe that everyone deserves, as well as an opportunity to prove himself as a committed professional and a good teammate. We look forward to seeing what Krystal can do with this opportunity!”

He will be playing with the Guangzhou Charge, as well as their Chinese Contenders team Ignite One.

Despite his poor behavior with the Spark, Krystal has shown a significant amount of promise throughout his Overwatch career. He played for the Chinese Overwatch World Cup team in 2018, helping the team achieve an impressive second place finish after losing to S. Korea in the Grand Finals. As a Genji specialist, Krystal’s skill set is particularly valuable in the Genji dominated meta which was on display in both the NA and the APAC region throughout the recent Summer Showdown.

In addition to picking up Krystal as a two-way player, on Sunday the Charge moved flex support player Qi “Wya” Haomiao from their OWL roster to the Ignite One Contenders roster, citing travel issues related to COVID-19.

Due to the COVID-19 situation and visa issues, Wya hasn't been able to join the team in Korea since the start of this season. After thoughtful consideration and communication with Wya, we both agree on keeping competitive skills is very important. （1/3） pic.twitter.com/CPq48Ng4zc

The Charge are currently coming off of an impressive upset victory over the Shanghai Dragons in the Grand Finals of the Summer Showdown. Although the team entered the tournament as the second seed, the Dragons were considered the heavy favorite. The Charge will be looking to replicate their success in the upcoming August tournament.