The Prodigal Shimada: The Rise of Genji 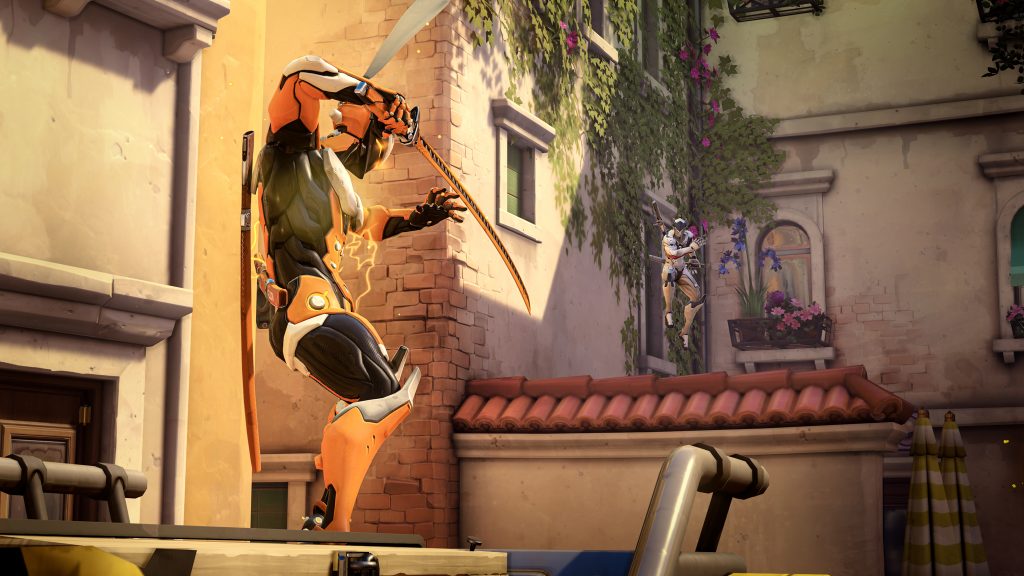 March 25, 2018. Stage 2, Week 5 of the Overwatch League’s Inaugural Season. New York have just captured their first stage title, cementing SeongHyun “JJonak” Bang as the league’s first new superstar. The Shanghai Dragons are halfway through their 0-40 regular season. No one even knows what a Paris Eternal or Guangzhou Charge is. Much has changed in the 800 days and change since Genji last cracked 30% play rate on the OWL stage. Eight expansion teams entered the fray last year and hundreds of rookies have made their OWL debuts. Six new heroes have dramatically shaken up the meta, largely exorcising the dive comps that allowed Genji to play a significant supporting role.

The biggest culprit in the disappearance of Genji was probably Brigitte, the brawling support shut down flankers and enabled the GOATs comp of 2019. After a rework made Brig a more team oriented support, she’s actually started to turn the tables this season. Her Repair Packs (and the 50 armor overheal they provide) have made flankers capable of duking it out in a brawl. That paradigm shift began with Tracer’s season-long renaissance, but by the time the Summer Showdown rolled around, teams had time to hone in on the freshly buffed Genji. He took over the tournament, reaching a 61% play rate throughout the bracket, nearly doubling his previous high water mark in league play. 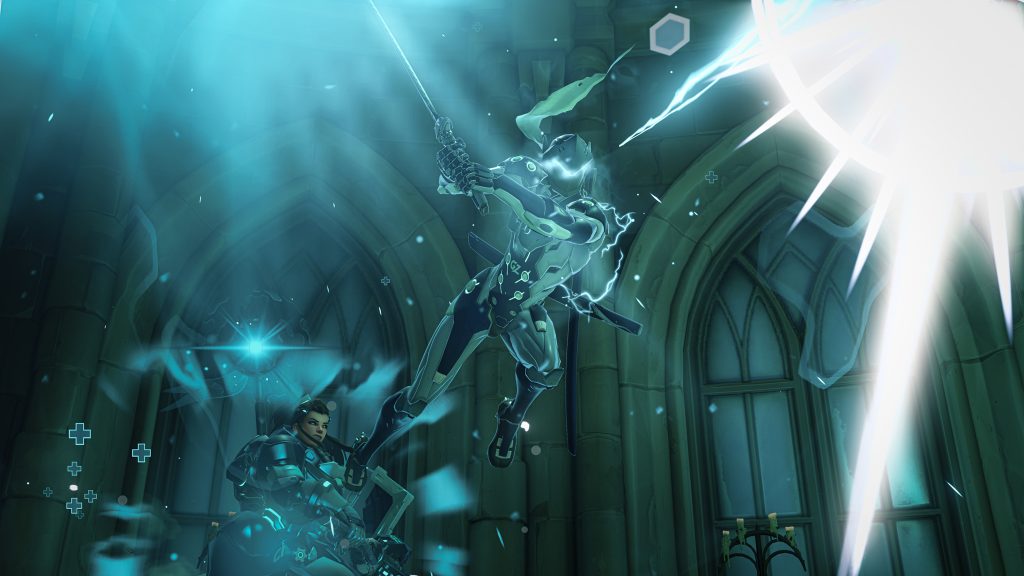 Even that figure belies his actual importance. Several teams came into the weekend entirely ignoring Genji as an option. The Valiant and Gladiators fell to underdogs who embraced Genji wholeheartedly. Even San Francisco and Shanghai, for all their dominance this year, couldn’t find an answer when faced with teams that outmatched them on the hero. Having an elite Genji proved to be a necessity in the Summer Showdown, so let’s look at the three who made that a reality: Josue “eqo” Corona, Yeonghan “SP9RK1E” Kim, and Yiliang “Eileen” Ou.

SP9RK1E: Delivering On the Hype

Occasionally, something so spectacular happens that the only option is to sit and marvel. That was SP9RK1E in the Summer Showdown, an unchained force of nature that warped everything around it.

No one epitomized Genji’s role in this meta like SP9RK1E did. He was aggressive to the point of recklessness, playing at times more like a frontline tank than the diving flanker Genji has been historically. It was like he was limit testing the hero in real-time, constantly asking, “How far can I push it this time?” 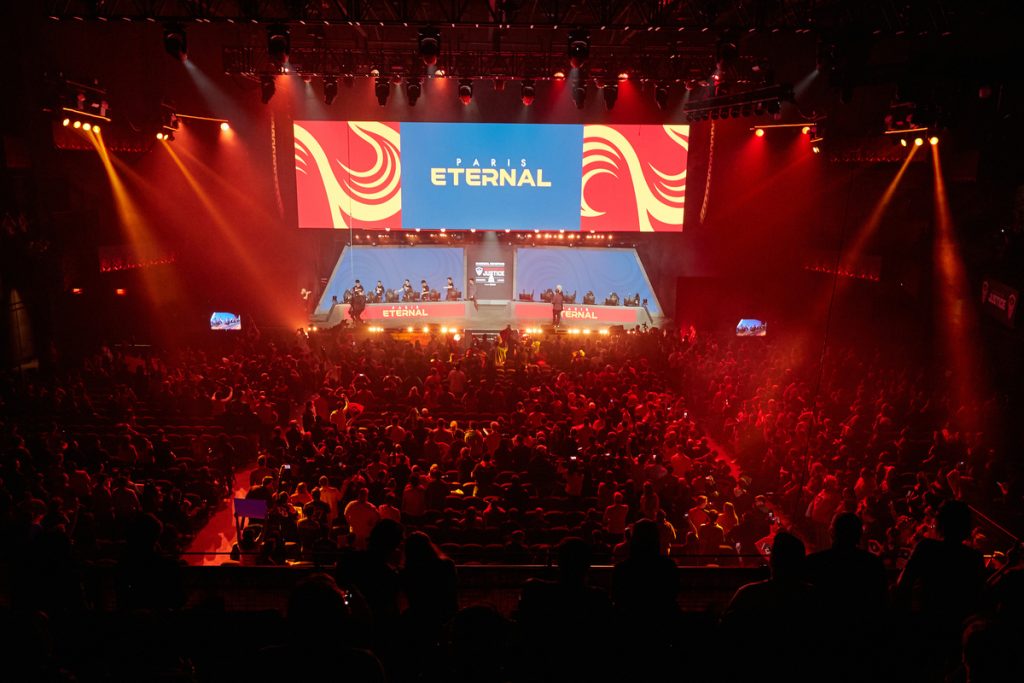 Invariably, the answer was always “further.” Such was SP9RK1E’s brilliance at every moment. Of course, none of that is possible without the supporting cast of the Paris Eternal. Supporting, not because they were secondary or unimportant, but because they committed to the gameplan of making SP9RK1E an unkillable juggernaut.

He was their focal point, and they put everything into him. More than any other team Paris showered their Genji with armor and healing. So many of Benjamin “BenBest” Dieulafait’s Halts went toward giving SP9RK1E a pile of bodies to dash through and build Dragonblade’s quickly. He unsheathed 96 Ultimates over the course of the Summer Showdown, more than double the next highest figure, eqo at 47. Overall, he built a blade nearly every two minutes, second only to Dongha “Doha” Kim who had about one-tenth of SP9RK1E’s time played on Genji.

When he got to use his ultimate, he was absolutely spectacular, consistently finding multikills and capitalizing beautifully on the setup from his teammates. From start to finish, it was a masterclass of Genji play.

From a narrative perspective, it doesn’t get better than this. The Eternal were already the story of the year in North America even without their wunderkind. They defied expectations despite waiting months for their blockbuster signing to turn 18. For SP9RK1E to then arrive and immediately deliver a championship is the stuff of legends.

Heading into the Summer Showdown, eqo was an afterthought on the Philadelphia Fusion. He’d all but dropped out of the DPS rotation, playing just over two hours on the entire season, most of it during the short-lived Echo meta around the May Melee. He was long removed from the heights of 2018, when his Genji made him one of the surprise superstars of the new league. 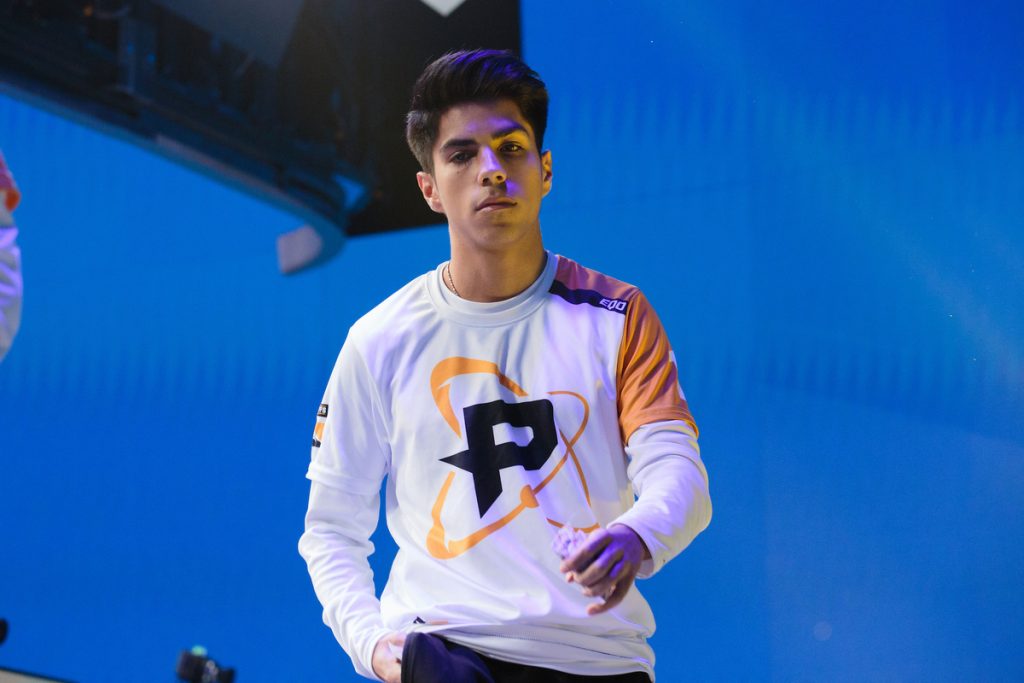 Even after the Genji buffs – lowered spread on his right-click shurikens and the ability to cancel Deflect – his team was slow to the party. Eqo didn’t see the stage in Week 21, and the Fusion got steamrolled by the Shock. That 3-0 sweep could be the best thing to happen to Philly all season – a wake-up call to spark a shift in strategy as the Summer Showdown approached.

Philly wasn’t competitive matching San Francisco on Tracer comps. They needed a true second carry to pair alongside JaeHyeok “carpe” Lee. Turns out, the answer was to turn back the clock. Eqo proceeded to deliver in a massive performance, showcasing the mechanics that made him and carpe the most feared DPS duo in the league back in 2018.

The crazy thing was how he did it, switching up his style as the bracket progressed. Through two rounds, he played largely like any other carry Genji, taking Repair Packs and brawling in the frontlines. And he was amazing, lifting Philly to two straight sweeps en route to the Finals.

Then came the Paris Eternal and SP9RK1E. As the Fusion adjusted their gameplan to stop SP9RK1E from going nuclear, they shifted resources away from eqo. He started freelancing more, poking from the edge of fights until he got a chance to assassinate a low health target and start a string of dash resets. Philly eventually fell in a tense Map 7, but not before eqo delivered the greatest individual play in OWL history.

Eqo’s performance last weekend will not be remembered for the wasted Dragonblade that left Philly stranded minutes later. It will be remembered for that sublime moment and the dozen other smaller moments that preceded it, the pixel-perfect dashes, the monstrous Ultimates, the things that make Genji a joy to watch.

Eileen: The Star in the Making

No player defied our expectations last weekend quite like the Finals MVP in the APAC region. Before the Summer Showdown, Eileen had played just three minutes of Genji in his OWL career. Three minutes! After less than a map’s worth of match time on the hero, Eileen was the best Genji in APAC this weekend. 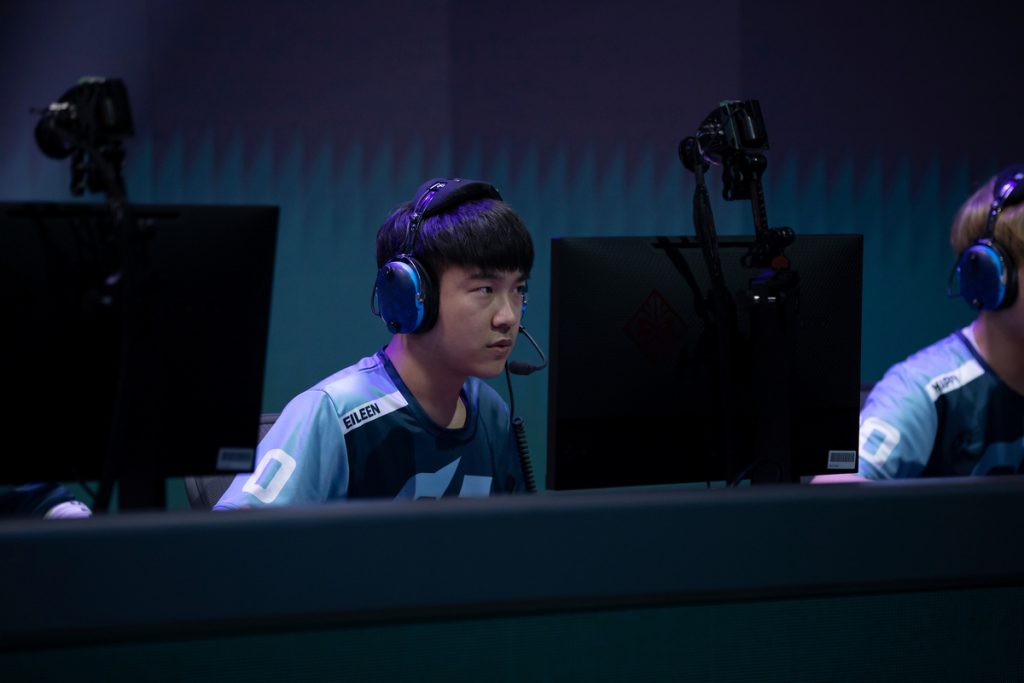 The fascinating thing is that he did it by playing unlike any other Genji in the tournament. He was the ultimate teammate, playing passively so as not to demand resources from his teammates. Those went into the other carries on Guangzhou, namely Ki-cheol “Cr0ng” Nam and Jung-woo “Happy” Lee.

Watching Eileen last weekend meant bearing witness to immaculate positioning at nearly every moment. He used Genji’s mobility and played around line of sight to apply pressure without accepting risk, constantly waiting for the opportunity to strike. As a result he blew his competition out of the water when it came to staying alive – 3.7 Deaths/10 mins when the vast majority of Genji players were above 5.

Even his Dragonblades were measured, save for a couple of heat-of-the-moment flubs. Here’s a perfect example from the Finals. Eileen and Byung-sun “Fleta” Kim both pull out their blades nearly simultaneously. Fleta dives faces first into the Charge, looking for the big teamfight-winning play but gets stunned and traded immediately. Meanwhile, Eileen finds his way to the flank and is able to isolate Min-seong “diem” Bae. He stays alive and is able to contribute to the rest of the fight as Guangzhou cleans up.

Eileen’s performance in the Summer Showdown is a continuation of what looks to be a defining year for the young Chinese star. He’s expanded his hero pool dramatically this season, largely by necessity as Charlie “nero” Zwarg was sidelined temporarily by visa issues. That might be the best thing to ever happen to Eileen’s career and maybe even Guangzhou as a whole.

The Charge have now won 11 of their last 12, capped with a Summer Showdown win that announces their arrival to the top tier of the league. With Eileen lighting it up on Tracer and now Genji, they simply cannot be brushed aside any longer.

Is Genji the New Normal?

When the OWL returns next week, we’ll get our first look at where the meta settles after a nerf to Brigitte’s Repair Pack. While the removal of the overheal armor shouldn’t be enough to excise her from the meta, it could have a huge impact on flankers like Genji.

His buffs have made him a much more consistent damage dealer and given him better defenses, but can he remain viable without 50 extra armor to enable aggressive plays. Additionally, will Brig be too much of a deterrent now that she won’t synergize with Genji?

It’s hard to say right now. Early returns from the ongoing Contenders Trials suggest he’ll have a place even if he’s not the god-carry he was in the Summer Showdown, but the T2 meta doesn’t always match OWL play.

My gut says that anyone trying to do their best SP9RK1E impression will have a hard time without that beefy HP pool, but something more akin to eqo or Eileen could still be viable. Genji won’t be the insane brawler he was last weekend, but more measured play should still yield results for the best Genjis in the league.

Even if this is the end of the line, even if he slips back into obscurity, even if we don’t see Genji again for another 800 days, we’ll always have the Summer Showdown and some of the best action the OWL has ever delivered.