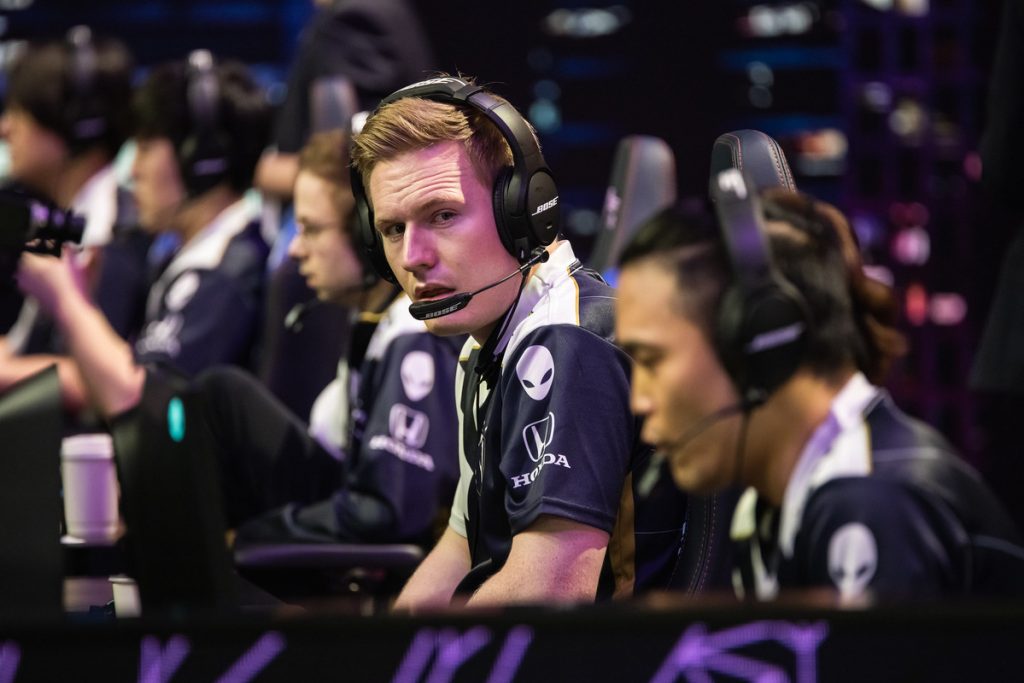 Broxah will be looking at fresh faces in 2021 after his move from Team Liquid to Counter Logic Gaming. (Photo courtesy Riot Games - Yicun Liu)

We'd like to thank @broxahlol for his leadership, sportsmanship, and dedication this year with us. Your positivity helped pull the team from a tough start into our best Worlds run yet. Thank you Mads, and we wish you the very best with your new team.

Broxah joins CLG coming off a tough year with Team Liquid. TL recruited Broxah from Fnatic in the 2019 offseason to upgrade an already domestically dominant team. Broxah’s TL tenure got off to a slow start when visa issues prevented him from playing in the first three weeks of the LCS Spring Split. The results were not much better when he returned, as TL went from four consecutive LCS titles to a ninth place finish.

Broxah and Team Liquid turned it around in the Summer, going 15-3 to finish with the LCS’ best regular season record. A third place finish in the playoffs was enough to secure TL’s Worlds berth. Despite entering as North America’s third seed, Broxah and TL had NA’s best performance at the tournament. Team Liquid went 3-1 in the Play-in Stage to advance to Group A in the Main Event. TL beat both G2 Esports and Suning once each in the group stage, but failed to advance after finishing 3-3.

While the team got better as the year went along, the addition of Broxah to Team Liquid’s lineup never gave TL the early game boost they wanted. For whatever reason, Broxah’s aggressive early games never translated to TL, who were still at their best playing for scaling. That lack of fit in playstyle is likely the reason Broxah and Team Liquid decided to part ways this offseason.

Some may see Counter Logic Gaming as a step down for Broxah’s career, but the player himself does not. In his announcement, Broxah wrote: “Personally, I see it as a great opportunity filled with potential. This entire roster seeks redemption and will be coming in with a ton of hunger and willpower. The pieces are here to create something big, and I’m looking forward to taking on my role within this team to make a statement.”

That role could be a big one, as Broxah is now joining a team that is desperate for playmakers. CLG are coming off ninth and tenth place finishes in the LCS, the worst among North American teams. Chief among their problems was the surprising downturn in Wiggily’s play, who had been one of the up-and-coming junglers in 2019. With several solid but unspectacular laners, CLG could use the proactivity that Broxah brings to the table.