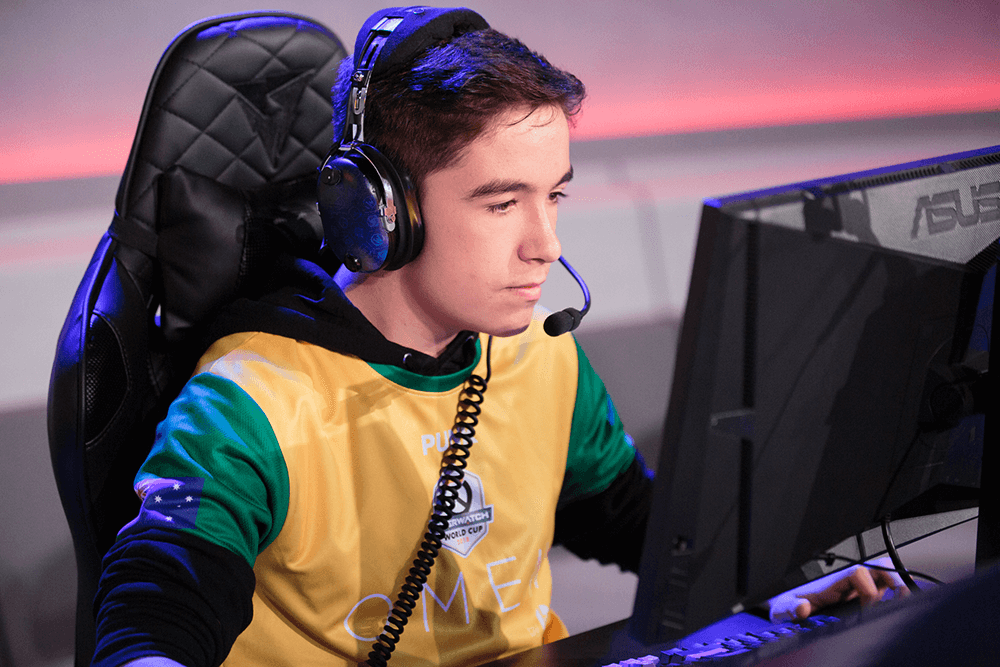 The young flex-tank is only the seventh active member of the Uprising line up. (Photo courtesy Blizzard)

After playing with the minimum of six players for three weeks of Overwatch League competition, the Boston Uprising added Leyton “Punk” Gilchrist to their roster on Monday. Punk is an 18-year-old flex-tank player who holds citizenship in both Australia and the United States. The Uprising are hoping that Punk’s addition will help turn around Boston’s 10 game losing streak.

Young punk, get off my lawn … and onto the team.

Please welcome @punkinoz to the Uprising!

Punk has been competing in Tier 2 Overwatch competitions since 2017 and was most recently playing for the Boston Uprising academy team, Uprising Academy, in 2019. He also competed for Australia’s Overwatch World Cup team in both 2018 and 2019.

The Uprising President of Gaming, Chris “Huk” Loranger explained: “We’re familiar with Punk from his time on Uprising Academy and have seen strong performances from him in the past. Thanks to his dual citizenship, he’s able to step in right away for us during a time when the pandemic makes it difficult to sign international players and obtain visas. We’re happy to welcome Punk back to the uprising family.”

The Uprising have struggled mightily in Season 3 to retain players. Over the course of the season, three players have left the Boston Uprising entirely. Sang-beom “Munchkin” Byun left the Uprising at the beginning of March, Gabriel “Swimmer” Levy departed in mid April, and Boston was forced to terminate Walid “Mouffin” Bassal’s contract after he faced allegations of sexual misconduct in early April. On top of those departures, Min-Seob “Axxiom” Park is currently on a leave of absence for medical reasons.

The Uprising roster struggles come at a bad time in the Overwatch meta, since flexibility is essential to success after the addition of the Hero Pools. With only six players, it has been impossible for Boston to substitute players during matches, which ultimately limits their possible preparation. With Punk in the mix, Boston will have a little bit more breathing room on their flex-tank role.

The Boston Uprising will face the Los Angeles Gladiators on Saturday in the final week of qualification for the May tournament. The Uprising currently hold the lowest North American seed with a 0-2 record and a -6 map differential.