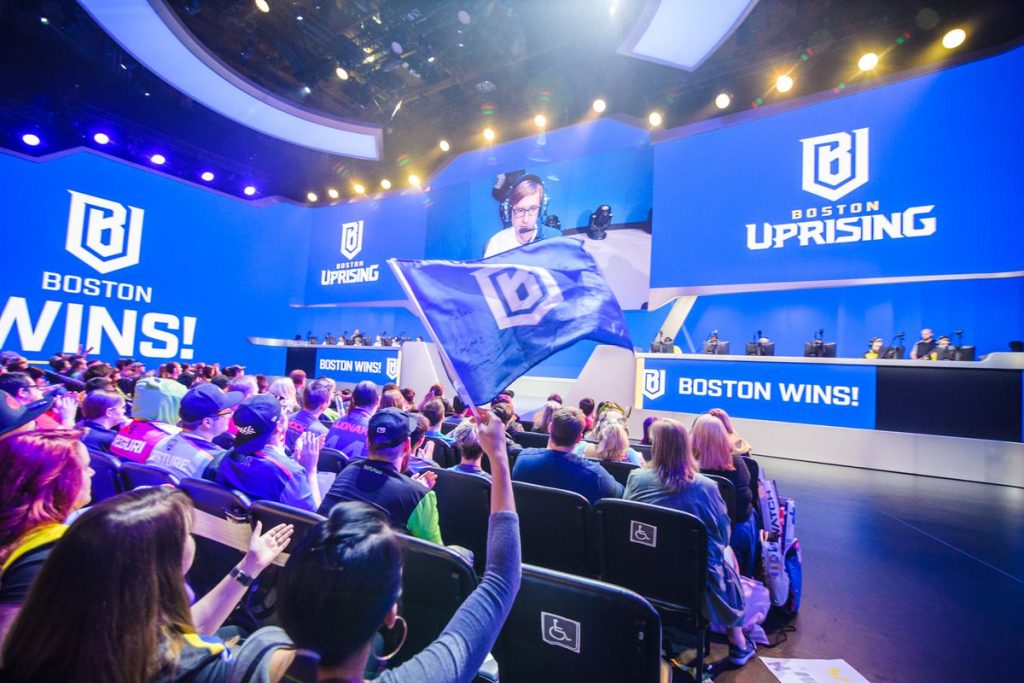 Boston will have to adapt with a new tank player to stay competitive during Axxiom's absence. (Photo courtesy Jonathan Tayag for Blizzard Entertainment)

Boston Uprising announced Monday that tank player Min-Seob “Axxiom” Park will be taking a leave of absence from the team for a medical procedure.

.@AxxiomOW is taking a leave of absence from the team for a medical procedure. We wish him the best in his recovery.

Axxion joined the team in October of 2018 after playing for Toronto Esports, Uprising’s Contenders affiliate team at the time. Axxiom has played in three matches so far this season but missed their most recent match against Philadelphia.

The team did not specify how long the tank player would be gone, but Uprising’s President of Gaming Chris “HuK” Loranger did wish him a safe and speedy recovery: “First and foremost, we wish Axxiom a safe procedure and speedy recovery. Axxiom is a talented main tank and a kind teammate, we hope to see him competing again soon.”

Boston used off-tank Walid “Mouffin” Bassal in his absence against Philadelphia and will likely continue to do so until his return. Mouffin was not affected by this week’s hero bans and can still use his signature characters in their upcoming match against Florida Mayhem. Mouffin allows Boston to still run a double shield composition if needed and can also use Orisa or D.Va. Cameron “Fusions” Bosworth and Mouffin did run a double shield lineup against Atlanta, but still suffered a 3-0 loss.

Boston recently lost another player, Sang-beom “Munchkin” Byun, a solid DPS player who only made one appearance this Overwatch League season. Neither loss completely ruins the team’s composition, but Boston has had a rough season so far and a smaller roster may be a problem at a certain point.

Fans can watch Boston Uprising’s next match against Florida on Sunday, March 15th.