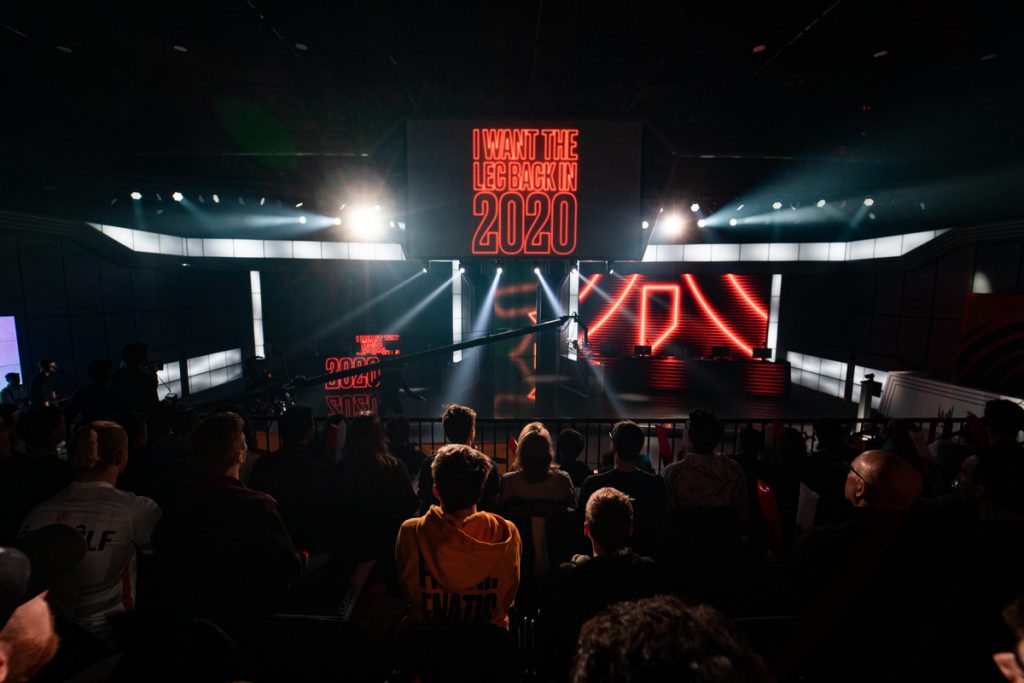 The League of Legends European Championship (LEC) is close to kicking off its 2020 Summer Split. Almost eight weeks after G2 Esports claimed the Spring Split crown, the ten European teams fighting for the crown are rejuvenated and ready to fight for the Summer Split title and, more importantly, a coveted ticket to the World Championships. With a few roster changes shaking up the teams, we look at where the teams rank heading into the second half of the season. 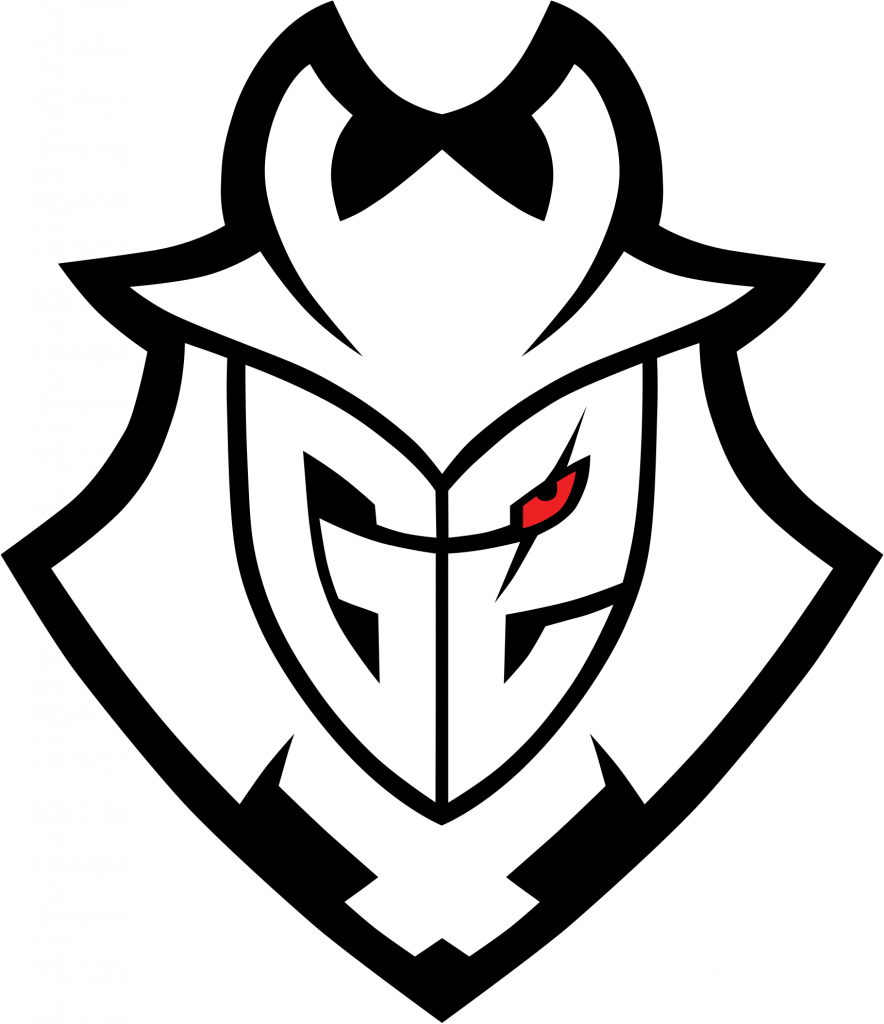 G2 Esports are, without a doubt, the strongest team Europe has to offer. Their adaptability and strength was on full display once more during the Spring Split finals, where G2 swept rivals Fnatic with a dominant 3-0 score. And that was with the infamous lane swap of Rasmus “Caps” Winther and Luka “Perkz” Perković still intact.

Heading into the Summer Split, G2 is going back to the roster that got them to the finals of the 2019 World Championships. Caps is back in his mid lane kingdom, free to roam all over the map, and Perkz teams up with Mihael “Mikyx” Mehle in the bot lane once more. This formation was almost untouchable during 2019, and there is no reason to believe the formula has become any less potent.

Though Fnatic tied in points with Origen in the regular season of the Spring Split, they rose to the occasion in the Playoff stage and proved why they’re the undisputed number two in the region. In a head-to-head best-of-five against Origen, Fnatic flexed their muscles and won handily. The best-of-five that followed against MAD Lions was an even easier hurdle to take.

The synergy between the four veterans and new star jungler Oskar “Selfmade” Boderek grew steadily during the Spring Split under the guidance of coach Alfonso “Mithy” Aguirre. With an eight week break to prepare for the Summer Split and strengthen that synergy even more, Fnatic has everything lined up for them. Their chances of reaching first place will mostly depend on whether G2 slips up. But if G2 does so, expect Fnatic to pounce immediately.

Origen is in a strange place within the LEC. After a rough Summer Split in 2019, the team brought in three new players: jungler Andrei “Xerxe” Dragomir, bot laner Elias “Upset” Lipp, and support Mitchell “Destiny” Shaw. It worked. Using their trademark slow play style, Origen cruised to a tied second place in the regular Split. Though the Playoffs stage ended somewhat prematurely it was clear that Origen was back in the subtop.

But it feels like they should be able to do more. In their Playoffs matches against Fnatic and G2, Origen seemed lost. With Barney “Alphari” Morris, arguably the best top laner in the LEC, and versatile mid laner Erlend “Nukeduck” Våtevik on their side, Origen has the ingredients to be a serious top contender instead of a team forever stuck with a bronze medal.

Explosive, bold, and flamboyant. The rookies of MAD Lions took everyone by surprise with their aggressive style, toppling the giants of the LEC. Built with Marek “Humanoid” Brázda, the mid laner in his ‘sophomore year’, as leader of the team, a strong contender entered the field. Everyone on the team exceeded expectations, especially bot laner Matyáš “Carzzy” Orság, who finished second in the Rookie of the Split award. Impressively, MAD Lions finished third.

However, the Spring Playoffs’ best-of-five format exposed MAD Lions’ inexperience and the difference in skill on an individual level when they faced off against Fnatic, and later in the rematch against G2. Of course, that doesn’t take away the raw power and upset potential this squad has shown repeatedly. MAD Lions are no longer a diamond in the rough, and the Summer Split will polish them even more.

It’s somewhat surprising that Rogue didn’t adjust their roster for the Summer Split. The team finished the regular Split with a 9-9 score, finishing sixth. Though in the Playoff stage they did manage to knock out Misfits, Rogue were eliminated immediately after by Origen. When the dots connect and the gears spin, Rogue is confident and dominant. But the team’s performance was a hit, or a miss.

By keeping the same roster, Rogue are making a bold bet. They expect that whatever obstacles kept them from performing consistently to have been removed, or to dissolve completely as the Summer Split progresses. If that happens, Rogue could be a worthy contender for a World Championship ticket. But it’s quite a big if. 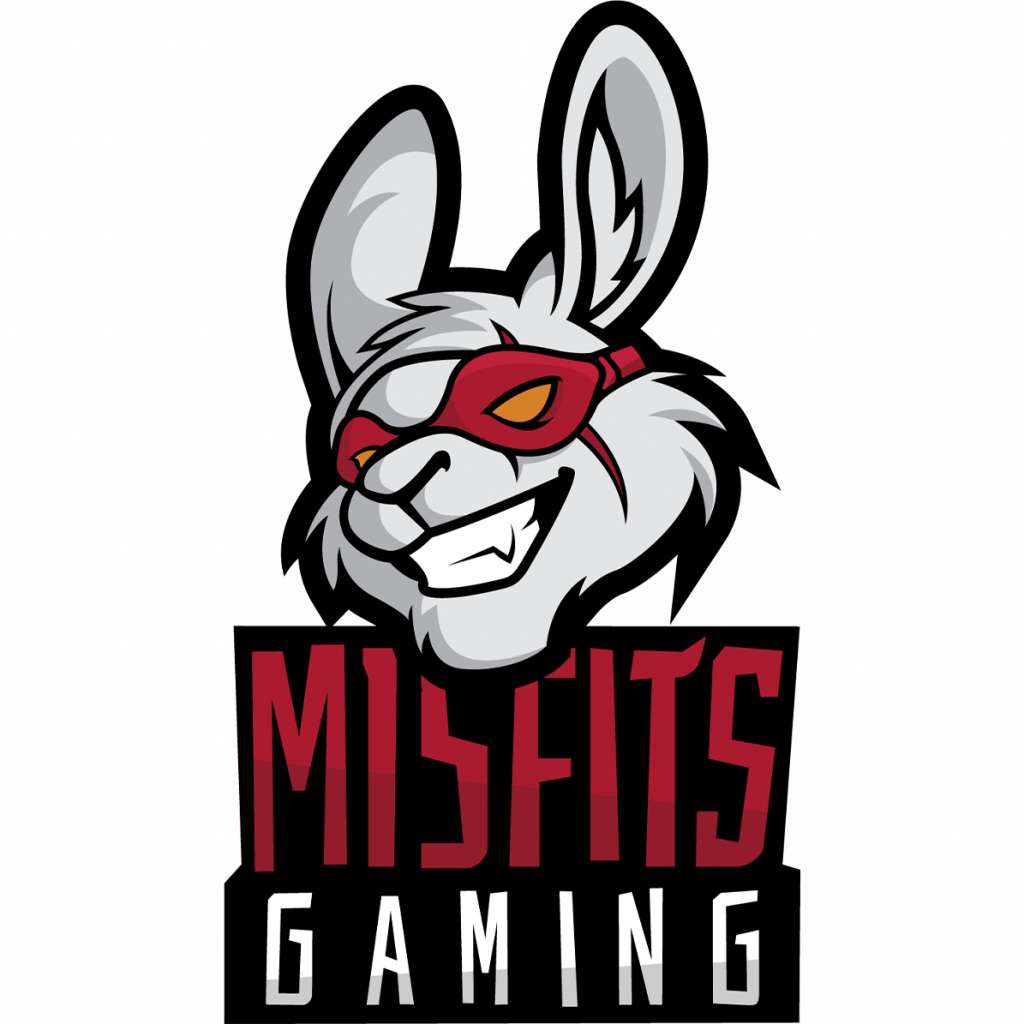 Misfits were a positive surprise in the Spring Split. After going 0-2 in the first week, the team exploded in the three weeks that followed, not losing a single game. The combination of mid laner Fabian “FEBIVEN” Diepstraten and jungler Iván “Razork” Martin paid great dividends, and Misfits cleverly built their strategy around the duo. Eventually, however, they ran out of gas. Their predictable, linear style became their downfall as their opponents started to figure out what Misfits were doing.

Misfits are making adjustments for second half of the year, however. Bot lane veteran Kasper “Kobbe” Kobberup to European soil after his brief stint in North America. Secondly, Misfits have promoted support player Mads “Doss” Schwartz to the main roster, and can now swap between him and Petr “denyk” Haramach. Still, the team needs to find versatility in its strategy and make sure they aren’t as easy to read as they were.

Schalke 04 have a lot to prove in the Summer Split. Their start to 2020 was nothing short of awful, Schalke 04 didn’t wait around for long. Lukas “Lurox” Thoma and Nihat “Innaxe” Aliev came straight from the team’s Academy squad, and were an upgrade to the roster. Ever so slightly, Schalke 04 started to perform better as a team, finding synergy and an identity.

Still, there is a lot of uncertainty in the roster. The only consistent factor seems to be top laner Andrei “Odoamne” Pascu. Schalke 04 announced that it would continue to mix its main team and academy roster until they find the right ingredients for their LEC team; the most recent change sees Risto “Nukes” Luuri promoted to the main support role. It’s a strategy that can work in the long run if the rookies on the squad find their footing, but an unreliable strategy to expect immediate success from. 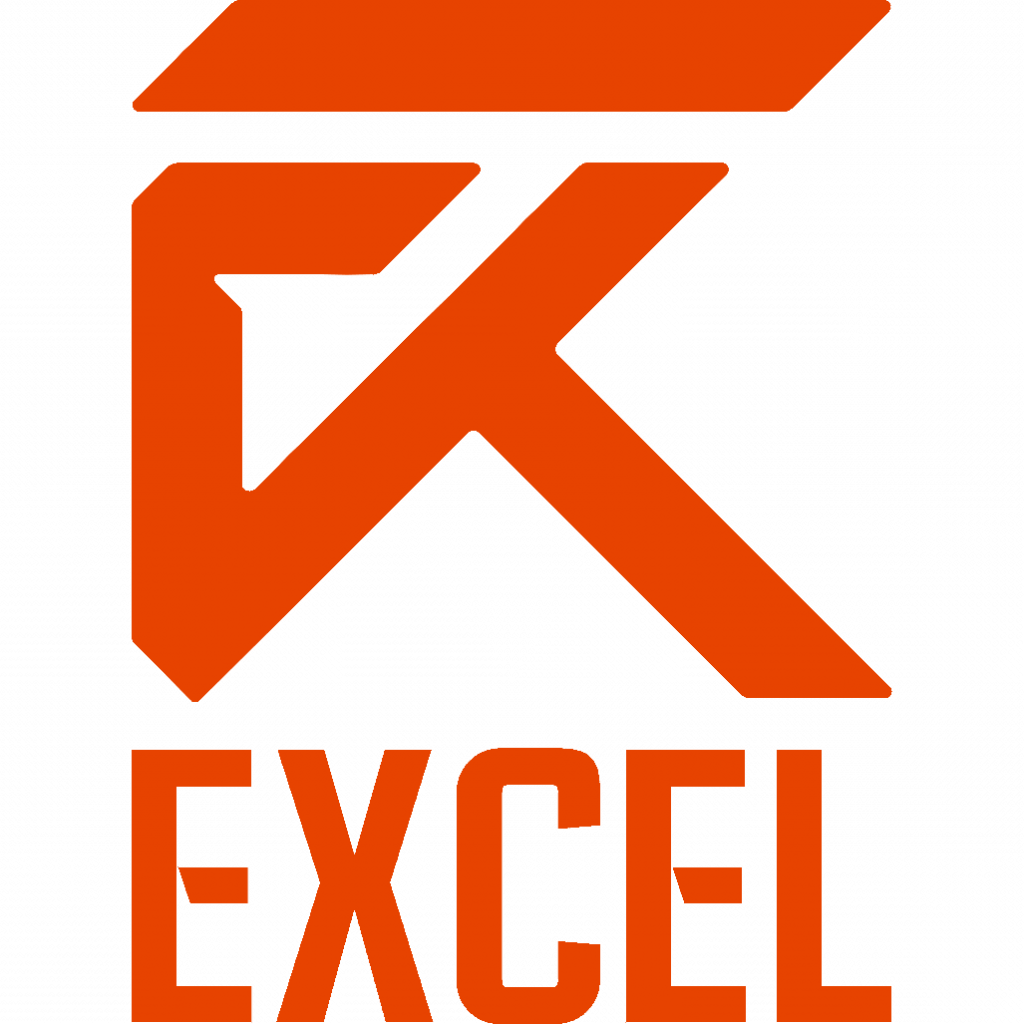 For seven weeks straight in the Spring Split, Excel Esports went 1-1 in their matches. They were the perfect middle tier team. But towards the end, when it became clear that a Playoffs spot would be incredibly difficult to obtain given the opponents they had to face in the final weeks, Excel collapsed and didn’t win a single match anymore.

The adjustments Excel Esports made indicate that the communication on the team was one of the perceived issues: both South Korean players Son “Mickey” Young-min and Ki “Expect” Dae-han were let go. Their replacements, top laner Felix “Kryze” Hellström and Joran “Special” Scheffer, may solve any communicative issues the team had, but it’s unlikely they’ll propel Excel Esports to the upper-mid tier.

SK Gaming has been steadily dropping since they joined the LEC in 2019, starting as a middle tier team and now being a solid bottom dweller. For the vast majority of the Spring Split, SK Gaming struggled with finding a game plan that works for them and even when they found one, the execution was poor. Bot laner and team captain Juš “Crownshot” Marušič played his heart out on several occasions, but the rest of the team didn’t follow.

For the Summer Split, Janik “Jenax” Bartels is swapping to the top lane position for the Summer Split, and mid laner Dirk “ZaZee” Mallner has been acquired from Prime League team BIG. SK Gaming are trying something. But it’s incredibly unlikely this will change the problems that hampered the team in the LEC. 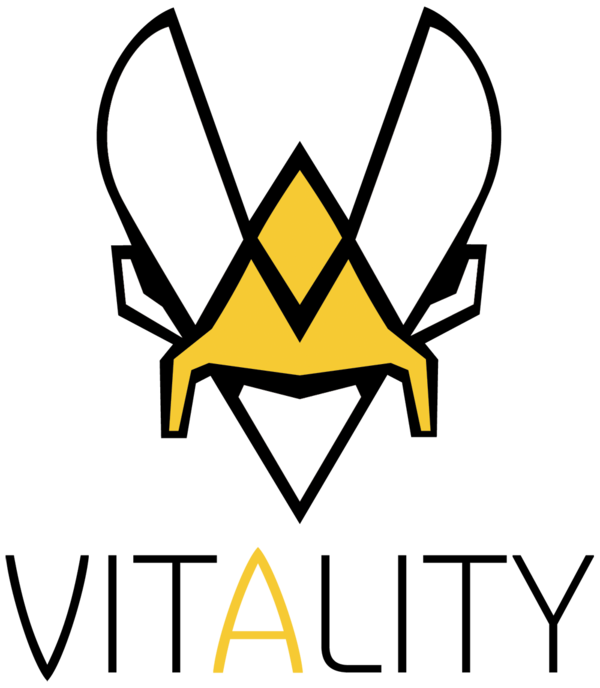 While the spotlight was on Schalke 04’s bad start to the 2020 season, Vitality quietly performed even worse. Only in the second half of the Spring Split Vitality managed to get its first win, and the second win—out of 18 matches played in total—only was achieved in the final week against a Fnatic that was very obviously playing a for-fun game. Vitality played disjointedly and without any direction. There were five Vitality players on the map, but most of the time they were all playing their own game.

Support Labros “Labrov” Papoutsakis and jungler Cantoursna “Nji” An are Vitality’s new additions for the Summer Split. Perhaps it is individual talent that will somewhat redeem Vitality’s 2020 season, but the team is probably better off setting their eyes on a fresh start next year.

The LEC Summer Split starts on Friday, June 12th. For an overview of our LPL Preseason Rankings, click here.