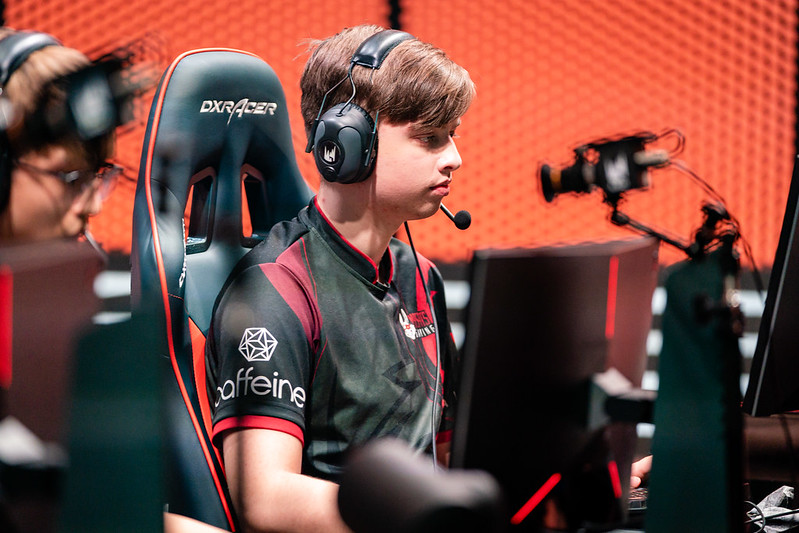 Doss will get his second shot on the Misfits Gaming main roster this Summer. (Photo courtesy Michal Konkol - Riot Games)

Misfits Gaming have announced that they have promoted support Mads “Doss” Schwartz to their main roster. Doss will compete with incumbent support Petr “denyk” Haramach to play alongside the newly acquired Kasper “Kobbe” Kobberup.

Doss began his career with the former SuperLiga Orange (SLO) team KIYF eSports Club in the Spring of 2018. He then moved to SK Gaming, but sat on the bench in 2018 Summer before starting for their academy team SK Gaming Prime in 2019 Spring. Doss joined the Misfits Gaming organization ahead of 2019 Summer, playing in two games for the LEC roster and nine for the academy team. Doss has spent all of 2020 competing in the La Ligue Française (LFL).

The promotion to the main roster will thus be Doss’ second stint on the main Misfits roster. Doss was called up for two games in 2019 Summer after Misfits Gaming benched their entire starting roster for underperformance. Misfits Gaming lost both of Doss’ games and Aleksi “H1IVA” Kaikkonen closed out the rest of the season on support.

Denyk started every game for Misfits in 2020 Summer alongside the departed Ju “Bvoy” Yeong-hoon. Given that their bot lane was their weak point in Spring, it makes sense that Misfits are wanting to add competition to the support role. They will want to make life as comfortable as possible for Kobbe as he steps into one of the main carry roles on the team.

Doss has primarily been a tank player in his career. Hook champions Nautilus and Thresh have been his most played so far in 2020, but Braum and Alistar have been the most played in his career at 16 games apiece. Assuming we see a continuation of a tank support meta, his champion pool should fit in immediately.

Misfits Gaming will begin their 2020 Summer Split against Fnatic on Friday, June 12th at 1 p.m. PST.