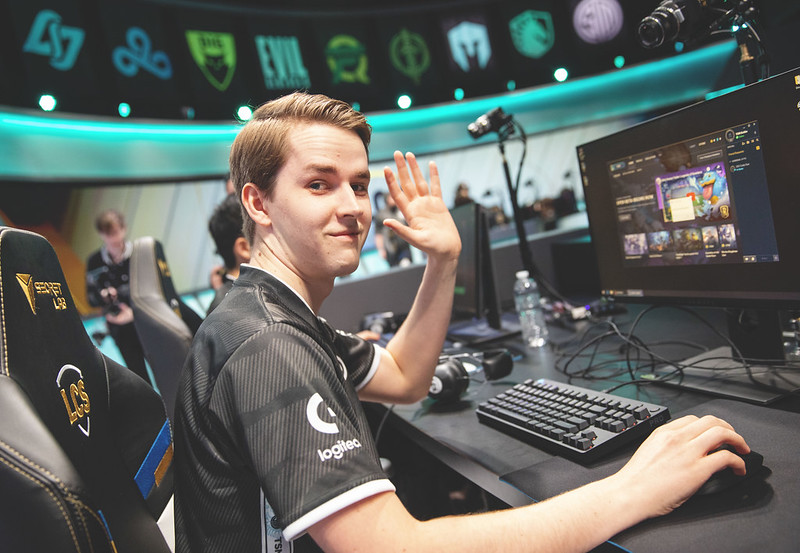 Kobbe is coming back to Europe with Misfits Gaming after only one split with TSM. (Photo courtesy Colin Young-Wolff - Riot Games)

Misfits Gaming have announced the acquisition of former TSM ADC Kasper “Kobbe” Kobberup. Misfits’ 2020 Spring Split starter Ju “Bvoy” Yeong-hoon has announced that he will explore his options for a new team despite remaining contracted with Misfits.

Misfits got the upgrade they sought at ADC after a surprisingly good Spring. Misfits retooled most of their lineup with rookies in the off-season but managed to go 10-8 and finish sixth in the LEC. Mid laner Fabian “Febiven” Diepstraten returned to his old form, but he needed another consistent carry to shoulder the load.

Enter Kobbe. Yiliang “Doublelift” Peng’s return to TSM put Kobbe back on the market for the rest of the world. Though he had a down split with TSM, Kobbe was still one of the better ADCs in North America and should step back into that role in Europe. There were also many factors that could have contributed to Kobbe’s lackluster season with TSM, including: joining a new region, joining a new team, playing with a new support, and the departure of his girlfriend back to Europe during the coronavirus pandemic.

Kobbe should feel back at home in Europe. He had only played in his home region since his debut in 2014 before joining TSM, including a four year long stint with Splyce. Misfits Gaming were Kobbe’s ideal landing spot, as they were the only LEC playoff team that could have been looking to upgrade their ADC position.

Misfits’ gain is Bvoy’s loss. Bvoy looks to be moving on again after only one split with the team. After debuting with WaY in his native South Korea, Bvoy has bounced around China, Latin America, and Europe. His longest stay with any team was a year and a half with Young Miracles, but none of his other five stops have exceeded six months.

Bvoy specifically mentioned the LEC, LPL, and LCS among destinations he would be interested in, but it remains to be seen if he can get a starting position in any major region. He may have to be willing to split time with a better team or drop back down to a smaller region to guarantee a full-time starting spot.