Vitality Milica: “I can reach the top three spot of mid laners in the LEC” 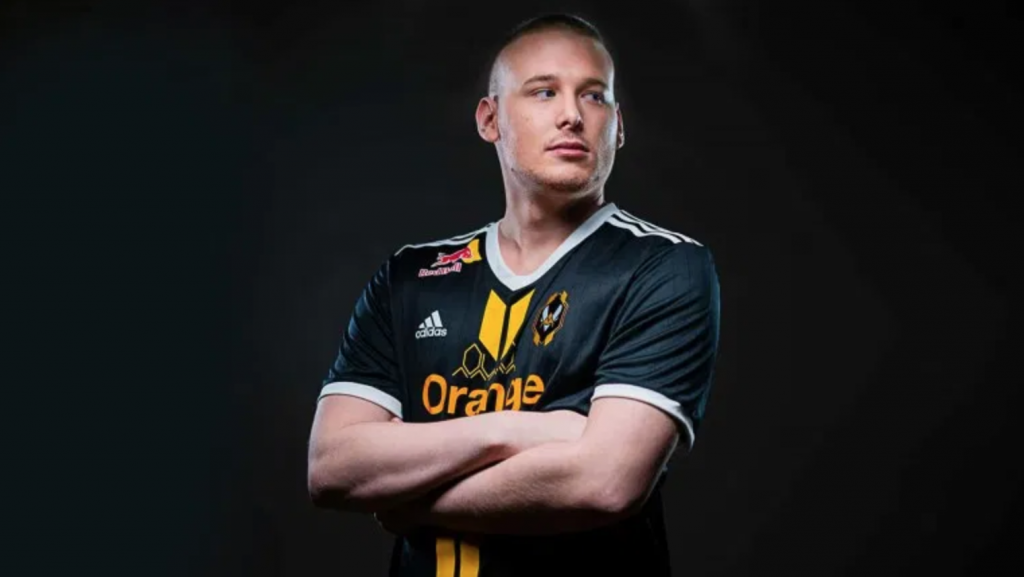 It took longer than planned, but Milica is finally playing in the LEC.

Aljoša “Milica” Kovandžić was supposed to be in his second LEC Split right now. The Serbian mid-laner was picked up by Vitality in December last year, but due to visa issues and then the COVID-19 pandemic couldn’t travel to the team in Berlin. Now, months later, he has finally made it to Vitality’s new roster. We caught up with Milica to talk with him about sitting by the sideline for the first Split and finally being able to join his team. He also spoke about the potential he has as a mid laner.

Hotspawn: Welcome Milica! You have now finally been able to join Vitality, after you had to sit out the Spring Split. When did you know you would be ready for the Summer Split?

Milica: I knew I was going to play, kind of. My visa came at about the end of the Spring Split, like two weeks before the end of the Split. But I still couldn’t travel because of the coronavirus pandemic, which is why I couldn’t play those last two weeks. But I’m on a two-year contract with Vitality, so it was settled that I would play eventually. It was likely that I would play in the Summer Split, unless something major would happen like us not being able to travel because of the situation with the pandemic.

Hotspawn: How was it for you to sit through the Spring Split, watching your team play without you?

Milica: It’s always bad when something like that happens. Personally, I usually enjoy the scrims with the team the most. But since I didn’t really play them—the team had other mid-laners to fill in for me—I was sometimes playing with the Academy team. But mostly I was just playing solo queue. It was pretty boring and I didn’t learn much. When you don’t play scrims for half a season, it will always be bad for you. You can’t really follow the meta, you don’t see what other teams are playing. You’re behind on those things. So it was bad, but it wasn’t that bad, you know?

Hotspawn: Were you in touch with Vitality and their main roster a lot during this time, or were you mostly off doing your own thing?

Milica: I was subbing in for some scrims. For example, Saken would play in both the French league and in the LEC. Obviously, you can’t play in that many scrims, so I was subbing in there. I was talking with the team most of the time, but there just wasn’t much to talk about. We only spoke for the scrim part, or when they wanted to hear my thoughts on some things about the mid lane. But nothing major.

Hotspawn: Let’s now focus on the Summer Split. You’ve played in the TCL, but with the LEC you’ve now debuted on the highest platform of one of the major regions. How do you feel about making it to this stage?

Milica: Of course I was very happy that I made it. The start, as you can see, was pretty rough for us, but I think I played fine, personally. I wouldn’t say I’ve played on my maximum level yet—that’s what the Spring Split should have been for to me. Testing the ground, getting familiar with the league. But I’m pretty happy. I hope that, as the league progresses, we will be able to show what we can actually do. I think the Vitality we see this Split is completely different from the team we saw last Split.

Who's gonna be the best this afternoon? @MilicaLooL wants you to come and support the #LEC squad ⭐ pic.twitter.com/tjnRUM2XQe

Hotspawn: Well, the opening weekend of the LEC Summer Split was pretty good for you guys. But it has undeniably dropped off a bit now. What has happened?

Milica: There is not much to say, I think. We played bad games. Our scrims weren’t going well in the past week and a half, I’d say. But you have to see what you’re doing wrong and improve on it. I feel like, even though we lost today against Misfits, I think the game was pretty much in our hands. It looked much better than, for example, the games against MAD Lions and Rogue. It’s a matter of time, I would say. Of course, we are trying to make it work as soon as possible, you know, so we can get to the Playoffs and maybe even get to the top four. But for now, the goal is just Playoffs. That’s what we’re aiming for.

Hotspawn: It makes sense that, when you bring in a new mid laner, a new jungler, and a new support player, the team needs to find its synergy. How is Vitality building this synergy within the team?

Milica: I think that, as personalities, we all fit really well together outside of the game. In the game though, at the moment, we all have slightly different visions. We need to get on the same page. It’s always better to have five people go in the same direction than having five people each going wherever they think they have to go to. We have staff at Vitality that talk to us individually when there is a problem or something like that. It’s always easier to talk to that third party, who then transfers that to resolve whatever it is. We do have people working on it.

As I said, it takes time. We’ve been playing together for only a month, you know? It hasn’t been that long. We’re not going to be on that G2 level, or Fnatic level of synergy. They have had the same four or five players for two years or something like that. I’m pretty sure we’re going to make it to the Playoffs though. I think we’ll do pretty well there too.

Hotspawn: Finally, let’s talk about where you see yourself going now that you have made it to the big stage. How far do you think you can get individually?

Milica: I think I’m starting to get pretty comfortable in the league. We’ve been playing scrims against higher tier teams in the LEC, which has helped me get comfortable. I feel like I can reach the top three spot of mid laners in the LEC pretty easily. The fight for first and second place will be a bit harder, I would say.

There are always different playstyles for different mid laners. There are players who play for their lane more, and there are guys who like to play around the whole map. For example, Caps this season has the worst stats ever, you know? But he’s all over the map. He’s 60 CS behind, but his top laner is already pushing the enemy’s tier two tower. I think it’s pretty hard to judge in many cases who is the better mid laner. But I would say that, overall, Humanoid, Caps, and Larssen are the best mid laners.

For others, it’s more difficult to say. Some players are willing to sacrifice more for their team, so it’s not visible how good they are. For example, when I played a game on Nautilus, that was to help the team get an engage. Other people do that too. They don’t play for themselves, but for the win condition of the team composition. They might not look as good. But when the Playoffs come, you’ll probably get to see better who is really solid.

Hotspawn: What do you need to improve on to get into that top three?

Milica: I think I’m weaker on the map play, but stronger in the laning phase. For me, it’s pretty obvious where I need to improve. I need to learn how to give up more for the greater good. I need to be able to play a more enabling role.

Hotspawn: Do you have any final words for the Vitality fans?

Milica: I hope this start of the Split doesn’t disappoint you too much. I’m pretty sure we’ll show much better performances in the upcoming weeks. Keep supporting us, and watch the streams. I might actually start streaming, and Comp is streaming all the time. So tune in, and watch us play LEC!

Vitality’s next match in the LEC will be against Excel Esports, on July 3rd at 6:00 pm CEST.

Other
Share
Tom Matthiesen
Tom has been an esports journalist since 2015 and has taken an interest in a wide range of esports titles. More recently has fallen in love with League of Legends esports. In particular, the League of Legends European Championship.
Follow me