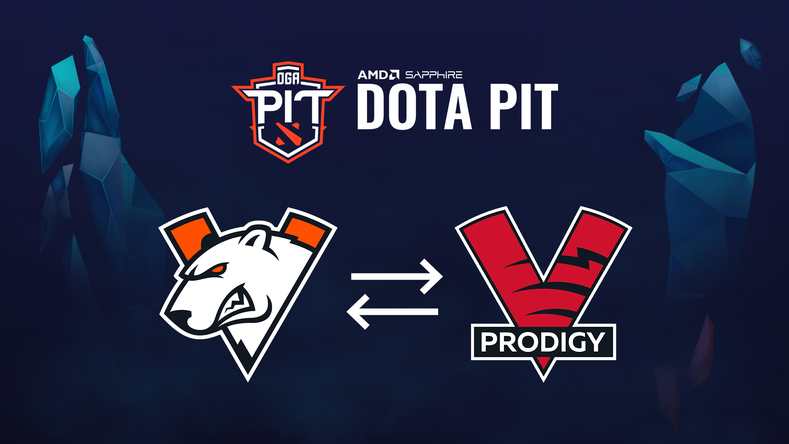 Virtus.pro have announced that they will send youth team VP.Prodigy to OGA Dota PIT S2 in place of their main roster. The news was announced on July 20th across Virtus.pro’s social media.

We have decided to switch our Dota 2 rosters for the upcoming OGA Dota Pit S2. VP.Prodigy squad is coming out from a short tournament break and takes first roster's place in this event #GOGOVP pic.twitter.com/40IbOAL3dm

The news will come as no surprise to those who’ve followed the dramatic rise of this talented stack. First announced on April 1st 2020, the team has gone from strength to strength, winning five of the seven events they’ve entered. But the attention on the team was heightened after the squad finished much higher than their sister lineup in the WePlay! Pushka League S1. There, it was only the near undefeatable Team Secret that could put an end to their meteoric rise.

From there, it was VP.Prodigy, and not the main roster of Virtus.pro, that were selected to attend ESL One Birmingham 2020 – Online. Again the squad dominated in groups, only being stopped again by Team Secret. With no Secret in attendance to slow down this incredible stack, the sky’s the limit for VP.P at OGA Dota PIT S2, who are coming off of a short tournament break.

Meanwhile, the move stands as a major snubbing for the main roster of Virtus.pro, who’ve barely been able to remain relevant in this new online-era of Dota 2. Notionally, a CIS super team whose current roster was made up of some of the best talents the region had ever seen, VP now struggles to replicate the success they had as recently as ESL One Los Angeles. The squad has plummeted from a top-tier contender, to one struggling to maintain an invite over their more competitive youth roster.

The move to start the youth team over the main lineup also brings to mind the upcoming changes to the DPC system. With both VP and VP.P both competing in the same tier, and squads unable to field two rosters in the same division, there will likely come a day in the near future where a difficult decision will have to be made by the organization. Will Virtus.pro stick it out with a talented but expensive group of tested pros who’ve struggled recently? Or will they cast their lot in with a new group of literal prodigies who seem unlikely to stop winning anytime soon?

Full details of the roster replacement is available on Virtus.pro’s official website.