Tier 2 Overwatch is Collapsing With Lack of Support 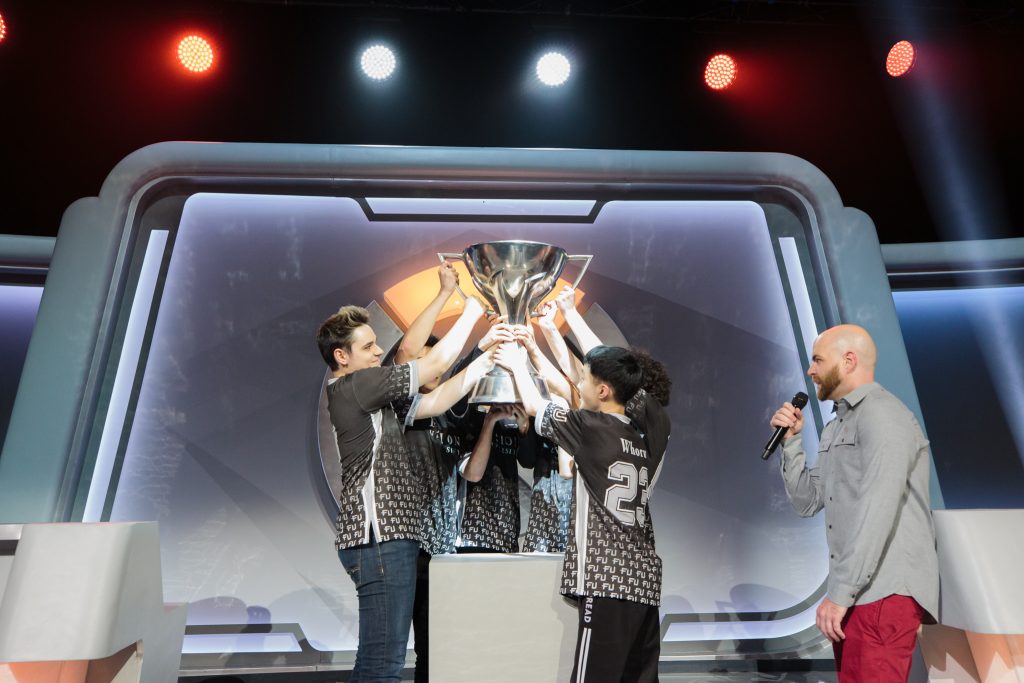 Players and teams continue to drop out of Overwatch Conteders with no incentive to stay. (Photo courtesy Blizzard)

Both the Overwatch League and Overwatch Contenders are quickly losing players to the upcoming tactical shooter VALORANT. Although many players have retired in the past few weeks while VALORANT goes into beta, the reason for the exodus of many Overwatch pros goes back to before VALORANT was even being discussed. The Overwatch path to pro has become increasingly obscure and irrelevant over the past couple of years and is now shrinking at an alarming rate. North American Contenders has lost seven teams since the beginning of 2019, leaving dozens of Overwatch pro players stranded and looking for opportunities.

A combination of the global pandemic, a lack of interest in Tier 2 Overwatch matches, and a general lack of support from Blizzard has left Tier 2 and Tier 3 Overwatch players bewildered and ready to leave. A strong path to pro is essential to the longevity of any sport, so it is concerning to see Blizzard’s Contenders League collapse with no back up plan. If Blizzard’s recruitment dwindles, the sustainability of Overwatch esports will be thrown into doubt.

Path to pro is necessary in sports and esports alike

Professional sports come in various tiers. Tier 1 sports are the “major leagues” – the end goal of a professional athlete. In order to reach those leagues, players compete in amateur, Tier 3, and Tier 2 leagues – “minor leagues” – to prove that they have what it takes for a major league contract. The various tiers provide a sort of ladder to success which is often referred to as the “path to pro”.

Paths to pro are essential in any sport, to ensure that talent is being discovered and rewarded. Every traditional sport has a recruitment pipeline where they look to find new players and new talent. There are two ways to build these; minor leagues and open qualifiers.

Maintaining interest and funding in minor leagues is a great way for sports to find the next generation of talent. Examples of this method include the National Football League and National Basketball Association who look primarily to collegiate athletes in the NCAA, and the National Hockey League and Major League Baseball which recruit from it’s respective minor leagues and colleges. In esports, minor leagues are also common. There are Academy and Tier 2 teams and leagues in League of Legends, Overwatch League, and many other esports.

The second major way to recruit is to hold open qualifiers to determine who will compete in major tournaments. The advantage of this type of system is that it rewards players for working to be the best and proving themselves against the best through competition. In some ways, open qualifiers is a recruiting system that is more accessible to individual passionate players, but it makes less sense for team-based sports where who is on a team matters more. Magic the Gathering or the PGA tour are good examples of this type of system. In esports, Fortnite and Starcraft 2 both use the open qualifier path to pro, since they are dealing with individual players or small teams.

Overwatch’s path to pro appears to be collapsing

Since the creation of the Overwatch League, Activision Blizzard has sought to support its franchise league with their own path to pro system. The Overwatch system is made up of Tier 2 Contenders tournaments and the essentially irrelevant Tier 3 tournament series, all of which offer players looking to go pro the opportunity to show off what they can do. Unfortunately, Overwatch’s path to pro has been collapsing for the past two years.

Several North American Overwatch Contenders teams have suspended their involvement over the past few months. Both the Montreal Rebellion and Atlanta Academy cited the coronavirus pandemic as their reason for suspending operations. However, the Tier 2 Contenders scene has actually been bleeding since early 2019. In 2019, five different academy teams shut down including the L.A. Gladiators Academy team, the L.A. Legion, and the SF Shock academy team, NRG. Most critics cited a lack of interest and support for Contenders as the primary reason for the mass exodus. At this point, North American Contenders is essentially non-existent.

As Tier 2 teams have shut down across North America, the players have placed the blame squarely on Blizzard rather than their former teams. Former Assistant Manager for the Rebellion Tanishq “Tanizhq” Sabharwal expressed his anger toward Blizzard and his plans to move over to VALORANT in a Tweet on April 6th.

Many players, including well known streamer and former OWL pro Félix “xQc” Lengyel, have also called out Blizzard for its failure to support T2 overwatch. XQC was released by the Legion in December, after which he stated “Blizzard isn’t marketing tier two in any way, shape, or form. They make no attempt at making things exciting for tier two.” OWL player Mangachu expressed his frustration with Tier 2 when his teammates on the Rebellion were released, going as far as saying “T2 needs a full on rework; this is getting ridiculous.”

A group of hard working players/staff are unfortunately out of jobs. Losing seb (hopefully temporally) and others like @Tanizhq permanently is a shame because they are all hard working people who deserved more in this game.

T2 needs a full on rework this is getting ridiculous https://t.co/ksDyFmoNiJ

“I’ve decided I want to take a break from Overwatch,” Seb “Numlocked” Barton stated in a Twitlonger, after being released from the Rebellion. “This isn’t to say I don’t enjoy the game anymore, far from it. I love Overwatch – but the current state of Tier 2 plus COVID and academies pulling out, it doesn’t feel like there’s much left for me here right now.”

The issues with Overwatch’s organization even extend beyond Contenders. The Overwatch World Cup, often hailed by Blizzard as a prized event for them, faced a serious lack of support for teams in 2019. Team Poland couldn’t even attend, due to a lack of funds. You can’t expect teams to succeed when you don’t support them or invest in their success. No one is obligated to compete in Overwatch, if you want the best of the best you have to offer a better deal.

With broken heart, we have to face the facts – we will NOT attend #OWWC2019 as a team this year due to lack of funds. We hope that in the next years we will find a way to provide for our team so this wont happen again
Thanks for all the support given! pic.twitter.com/PGniLz3CRb

The waning interest in Overwatch’s esports scene is a really bad sign for the future of Overwatch’s talent pool. VALORANT will likely take some professionals from most shooters, but Riots latest shooter seems to be drawing a significant number of Overwatch’s top talents. Overwatch’s minor leagues are bleeding and a lot of those players are jumping ship to VALORANT.

Even some top level Overwatch League players appear to be gearing up for a VALORANT career. There has been a steady stream of OWL players retiring as the release of VALORANT draws near. The list of players who have left Overwatch League in the last few months includes, but is not limited to:

GGs @PlayOverwatch . This game and the team behind it gave me everything I have in life now and I will always be grateful for it.

The Overwatch League is not dying by any means, but their future relevance may be in doubt if they can’t find a way to stop the bleeding.

What does this mean for the future of Overwatch?

Overwatch’s esports position is definitely looking weak, but none of this spells the end of Overwatch as an esport. There is a massive number of incredibly talented players still playing in the Overwatch League. Korean Contenders has been a strong talent pool and it doesn’t appear to be going anywhere. There will always be talented people looking to play professional Overwatch. However, the most talented people might not be looking to play Overwatch when they could play a game like VALORANT. We have yet to see how Riot will implement their esport side to, but they are making some pretty big moves and Blizzard simply isn’t keeping up.

Blizzard needs to learn how to value their lower tier professional players and invest more money and infrastructure into making Contenders fun and interesting to watch. Part of that commitment should include providing a fiscal reason to those who run Contenders team. Teams can’t commit to losing money every year. The same goes for the Overwatch World Cup. If you want Poland to be there, you need to give them the funds and reasons to be there. The organizers of Tier 2 tournaments in Overwatch have not done a good job of making them interesting or engaging, a failure that lies squarely on Blizzard.

College football is Tier 2 football, but there are people who like it way better than the NFL. March Madness rivals the NBA playoffs in television ratings. College sports have gone out of their way to build fun formats, provide engaging broadcasts, and present clear stakes. The level of the competition does not dictate how interesting and entertaining a league will be. That decision is made by the promoters and organizers who have to bring more to the table than just scheduling the matches and doing the bare minimum. Blizzard needs to step up its game, or risk no longer being an attractive destination for the world’s most skilled esports talents.