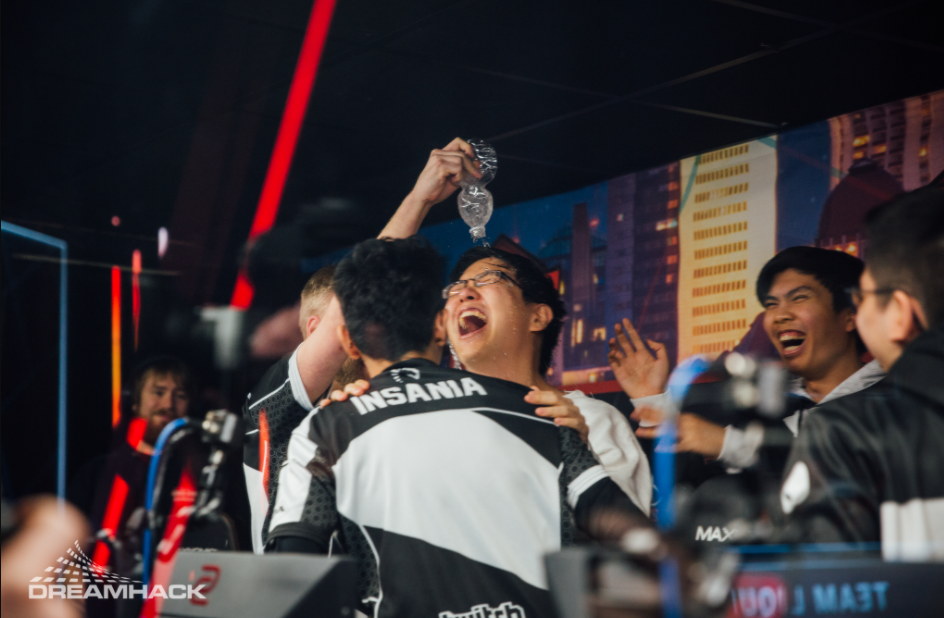 Team Liquid and Alliance both faced adversity in the play-ins, with TL's experience sparking a community debate. (Photo courtesy DreamHack)

The OMEGA League has entered its final phase as the Tiebreakers and Play-Ins finally wrap up, sending the two last qualifying teams to head to the playoffs. It’s been a hard-fought battle between those at the bottom of the table, with highly recognizable names such as Alliance and Team Liquid shockingly among them.

The Play-In Format has added that extra spice of excitement to the latter portion of the event, as these big names clash with FlyToMoon, and 5Men. Meanwhile, the likes of Ninjas in Pyjamas found themselves eliminated at the last hurdle, still struggling to find their form. Ultimately though, the extra stage has helped whittle down the field while not just simply eliminating anyone below an arbitrary threshold in groups, making the entire event feel more momentous.

But even with these extra chances to succeed, things weren’t set to go smoothly for either team. Alliance barely scraped by their opponents FlyToMoon in an impressive display from their CIS opponents. Meanwhile, Team Liquid and 5men’s match was subject to some of the worst technical issues in recent memory, tinging the series final result with a bitter edge.

Alliance to the Moon

Alliance has had a tough tournament so far in the OMEGA League. The squad found themselves in a group with Team Nigma, Evil Geniuses, and Virtus.pro, and only managed to win against the latter. Despite this, their match record was a fairly neutral 6-6, with signs that the team could step up and do better if they made it to the playoffs.

But paired with FlyToMoon, it would be their CIS opponent’s who would strike first. With a scary Tiny/Invoker/Batrider combo, the squad moved around and ganked across the map. This built the multi-skilled mage into a monster, and Alliance was simply unable to answer. However, Alliance hit back and stuck to their guns. With FlyToMoon changing little in their draft for the next game, this time, Alliance had an answer. With Nikolay “Nikobaby” Nikolov playing Weaver, the match was really never in doubt as Alliance took control early and finished strong.

The final nail in the coffin was a dominant performance, again from Niko. The carry’s Juggernaut struck early and kept scaling. Even after clawing a few kills back in lane, FlyToMoon was unable to do anything to stop the fed carry and found themselves eliminated.

FlyToMoon had a reasonably good tournament, with a big win over Ninjas in Pyjamas in groups. Still, Alliance was able to utilize its dominant carry players once again to prevent elimination. Alliance has been inconsistent in the group stage, unable to scratch the teams that directly qualified for playoffs. They’ll have to bring more of what we saw in games two and three if they hope to reach the bracket’s final parts.

Team Liquid, like Alliance, had struggled in groups in the face of stiff competition. As a result, they found themselves facing 5men, the group consisting of former Cloud9 and OG.Seed players. Initially, Team Liquid seemed to have finally thrown off the cobwebs that had plagued them in the group stage as Max “qojqva” Bröcker grabbed an early lead on his Storm Spirit. But just as TL started to take the upper hand and seemed to have the game in hand, disaster struck as the servers crashed. The game was lost completely.

.@qojqva1 doing so well, Valve shut the server down just to be safe 🤔

Our play-in series against 5men will resume shortly, you're not going to want to miss it 😁

When the match was restarted from the beginning, 5men now grabbed the upper hand with a new draft. It was the reversal of fortune that the team needed to take down their more storied opponents, but once again, tragedy would strike as a second crash ended their hopes for victory.

After the third crash in game three, in which 5men again started strong, the series was officially postponed. Tournament co-organizer Epic Events initially stated that they’d continue to play until the series was concluded. But after an extended pause, it was decided the match would be postponed with hopes the break would allow time for the issue to be fixed.

When play resumed on Tuesday, September 1st, it was like two different teams. The energy seemed to have been sapped out of a 5men squad that had pushed TL around in the openings of their previous matches. Game one saw 5men hang in for as long as possible, preventing Michael “miCKe” Vu from having the pop-off on Spectre until the inevitable snowball. Game two was simple enough – A fed Invoker and Faceless Void picking off 5men after a bad laning phase. It was a sad way for 5men to exit the tournament, but you can’t take away from Team Liquid, who showed up and won when it mattered.

Besides the matches’ results, the postponement and technical issues started a storm in the Dota 2 community. This clear example of bugs in the game affecting competitive play has acted as a rallying call for those looking to criticize Valve for their negligence towards the competitive community. Just days after breaking records for the largest prize pool in esports history, Valve has soured all goodwill with a lack of communication and now technical problems affecting pro play.

The OMEGA League continues on Wednesday, September 2nd, with the Playoffs. The event is scheduled to be broadcast live on WePlay! ‘s official Twitch channel.