Steel Curtain: Will Disgraced CS:GO Pros Have a Home in VALORANT? 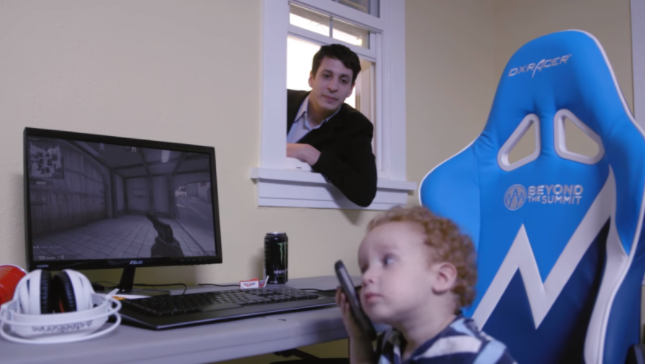 Five years ago, a careless mistake by a handful of CS:GO pros in North America cost them their competitive futures in that title. Despite the door to the Majors shut in front of them, the Valve-banned players such as Braxton “swag” Pierce and Josh “steel” Nissan, remained around the scene for years to come, filling roles like substitute, analyst, and commentator.

Now, both of these players have finally put CS:GO behind them, and crossed over into the greener and still-growing pastures of VALORANT. Pierce dropped the moniker “swag” for “brax” while signing with T1, and steel joined Hiko and nitr0 in the second version of the 100T roster. The moves were met with a generally positive reception from the CS:GO community, albeit a bittersweet one.

Announcing the newest addition to our VALORANT roster: Steel.@JoshNissan is an incredibly skilled & talented player from the Counter-Strike scene. We’re so excited to start a new chapter of his competitive career with him in VALORANT. Welcome to 100 Thieves! #100T pic.twitter.com/qZyGKhnZG4

steel did way more good for NA CS:GO than the bad he did with the fixed match and it's not even close. If there were any justice Valve would be listening, but we know how that one goes…

Both players sought to rebuild their reputations after that controversy so long ago, and their years of work have paid off with a bright future in a new game. But as the CS:GO community sits on the latest controversy, and with another potentially looming on the horizon, will those caught in the recent crossfire be afforded the same new path?

“If they try something… I’ll see it.”

Thousands of hours of work have gone into uncovering the latest CS:GO scandal, ironically referred to as the Cypher bug given its similarities to one of VALORANT’s agent’s abilities. ESL, via one of their referees in Michal Slowinski, poured through hundreds of matches to find evidence of coaches using a bug that allows them to spectate any position on the map.

For those wondering how this coaching bug works, here is a short clip of me being bugged on mirage, A spot. You can pick any location on the map you want. And yes, you can rotate the camera angle as much as you want. pic.twitter.com/C0CdDV9zXi

ESL handed out a trio of bans to coaches who had been caught, with lengths relative to how often they used the bug; Hard Legion’s Aleksandr “MechanoGun” Bogatiryev received a two-year ban, Heroic’s Nicolai “HUNDEN” Petersen received one year, and MiBR’s Ricardo “dead” Sinigaglia received six months. HardLegion released MechanoGun, and both Heroic and MiBR suspended their coaches.

As part of a recently concluded investigation into the exploitation of a spectating bug in ESL and DreamHack CS:GO tournaments, we are issuing punishments to the coaches of three teams today.

Other coaches soon appeared in the searchlight; some willing and some otherwise. Mousesports’ coach Allan “Rejin” Petersen admitted to using the coach bug while with Tricked, and was suspended by mous. Former NiP coach Faruk “pita” Pita also admitted to using it, and even alleged that he informed Valve about the bug, implying they’ve known about it as far back as 2018.

While many jokes about these coaches getting familiar with Cypher have been made, the detail pita includes about Valve’s potential awareness of the issue could potentially make a transition for any of these coaches easier, especially those that only used it once. Part of the blame could also be shifted to Valve for not just eradicating the problem itself seeing as they supposedly have known about it for literal years.

If rumors and early reports are to be believed, and another CS:GO match-fixing scandal is soon set to be opened, then zero blame can be placed on Valve. While many members of the community disagreed with the length of punishment that players like brax and steel faced years ago, it did allow Valve to set an important precedent; match-fixing will not be tolerated in any regard.

At the beginning of September, the Esports Integrity Commission (ESIC) provided an update on a match-fixing investigation that was looking into “suspicious bet alerts” that popped up in the Mountain Dew League. At the time of the update, they said that there were 15 unique ongoing investigations. Afterwards, Esports Talk reporter and host Jake Lucky said on Twitter that he could confirm “several top VALORANT pros” will be revealed as participants following the investigation.

I can confirm apparently several top Valorant pros will be revealed in ongoing CSGO investigations for match fixing.

The debate right now being should their punishments carry over from CSGO to their new game Valorant.

Lucky also got the conversation going about whether or not these players should be allowed to continue participating in competitive VALORANT. Could it happen and should it happen?

Former CS pro and full-time streamer Erik “fl0m” Flom argued the point they should, saying that these players “committed a fucking crime. You don’t avoid punishment because you play a different video game. Especially because the motivation was that you were hard stuck in CS and wanted to cash out while pursuing going pro in VALORANT.”

Lucky also argued that players caught match-fixing should receive punishment, and brought up steel, brax, and AZK (who currently teams with Brax on T1), who all got banned from Valve years ago for their own match-fixing incident. The punishments that they received should be all the justification needed for throwing the book at the latest string of fixers; Valve made it clear with their decision that there are no second chances and no relaxed sentences for engaging in match-fixing, and these players allegedly did it anyway. 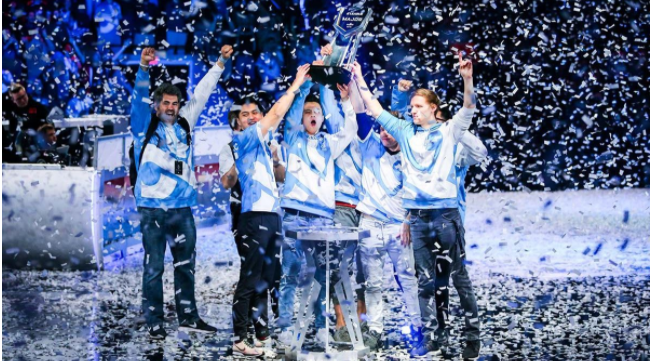 Skadoodle (far right) was the only survivor of the iBUYPOWER match-fixing scandal. Years later he would win a CS:GO major with Cloud9.

The question of what can be done is a little more complicated, however. Riot may or may not have the jurisdiction to punish these players given that it happened in games and tournaments outside of Riot’s control. But much like how stores can refuse service to a customer, Riot could realistically refuse to allow these players to compete at their events, if they wanted to set a precedent towards that activity. If they don’t, it would be up to the teams who have since signed those players to decide whether or not to punish them, and to what degree.

It’s unclear if Riot would hand out punishments to the former iBUYPOWER players for their match-fixing incident, given how long ago it happened. It would be wise for Riot to leave those players be, as the community reaction would almost certainly be negative due to the lengthy punishments they’ve already endured.

If the iBUYPOWER players like steel, brax, and AZK had the steel curtain dropped on them when there was no precedent for an incident like that at the time, then players who saw that, did it themselves, and then tried to run away to VALORANT before they got caught should be punished as well. The ESIC investigation into match-fixing should conclude before the end of September.