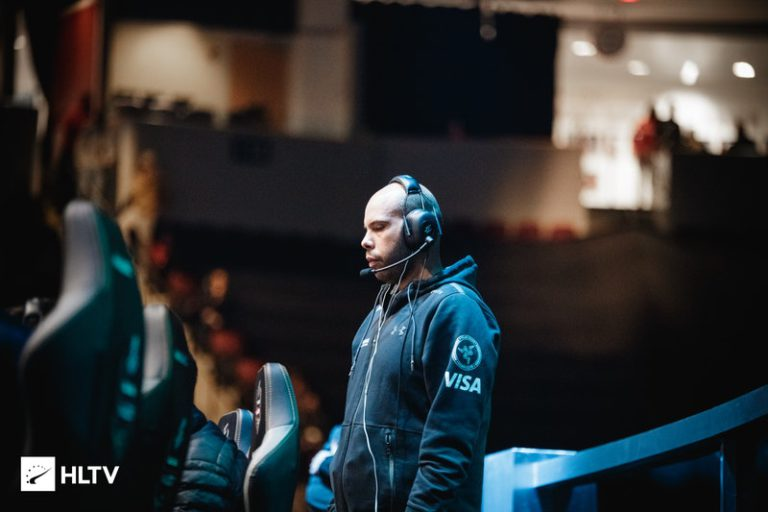 Dead is now suspended by Beyond the Summit, ESL, and his own team MIBR for his role in the cheating. (Photo courtesy HLTV)

Ricardo “⁠dead⁠” Sinigaglia, Coach of MiBR, received a two-event ban from CS_Summit events on Wednesday. This comes following an investigation by Beyond the Summit which revealed that the coach exploited a recently discovered bug to give his team a tactical advantage during the CS_Summit 6 North American Regional Qualifier. He was also given a six month ban from ESL and Dreamhack events earlier this week , after it was determined that he used the same exploit to cheat in one round of MiBR’s match against Yeah during the ESL One: Road to Rio event. Following the rulings, MiBR themselves suspended dead while they conduct an internal investigation into his misconduct.

BTS has completed its investigation of the abuse of a spectator glitch during CS Summit 6 Online.

We are issuing punishment to the coach of one team today.

“Michal Slowinski, the Head CS:GO Referee for CS_Summit 6 Online, reviewed every demo from our event for instances of this glitch being abused,” Beyond the Summit explained in their competitive ruling on Wednesday. “Based on this investigation, we have determined that this exploit was used one time during our event by dead, the coach of MiBR. . . MiBR has already been contacted directly, informed of our ruling, and presented with the relevant evidence. They will have the opportunity to appeal our decision if they believe it is unjustified.”

I am going to make a lot of Brazilian fans hate me even more with this tweet, but… take a look yourself.

ECS Season 7 Week 2 against Complexity (abused it whole map). He was also bugged in a match day earlier (vs. LG) and decided to reconnect to get it fixed. FACEIT informed. pic.twitter.com/Ha35uROavI

In addition to the discipline against MiBR’s coach, Beyond the Summit also retroactively disqualified the team from the CS_Summit 6 Online where they placed 7th/8th. The team will be forced to return the prize money and presumably will also forfeit any Regional Major Rankings points they gained because of the tournament placing, though Valve has not yet confirmed the decision to dock their point total. As a result of the disqualification, Beyond the Summit retroactively awarded MiBR’s quarterfinal finish to Triumph.

The coach spectating exploit was publicly revealed last week by Polish CS:GO coach Mariusz “Loord” Cybulski. The glitch allowed coach cameras to fly over the map, enabling them to see information that the players are not privy to.

Weird coach BUG which allows you to cheat.

The exploit obviously gives a huge informational advantage to the team who uses it and is a huge threat to the competitive integrity of CS:GO events. The discovery of the bug prompted tournament organizers like ESL and Beyond the Summit to investigate their events over the past few months, and they have found numerous examples of coaches abusing this bug to give their team’s the advantage.

In addition to dead, Heroic coach Nicolai “HUNDEN” Petersen, Hard Legion’s former coach Aleksandr “MechanoGun” Bogatiryev, and K23 coach Aset “⁠Solaar⁠” Sembiyev have all faced disciplinary action from their teams and tournament organizers for their part in abusing the glitch. K23 suspended Solaar and Heroic suspended HUNDEN on Wednesday, while Hard Legion removed MechanoGun from their organization entirely on Tuesday after he was hit with a full two-year suspension from ESL events.