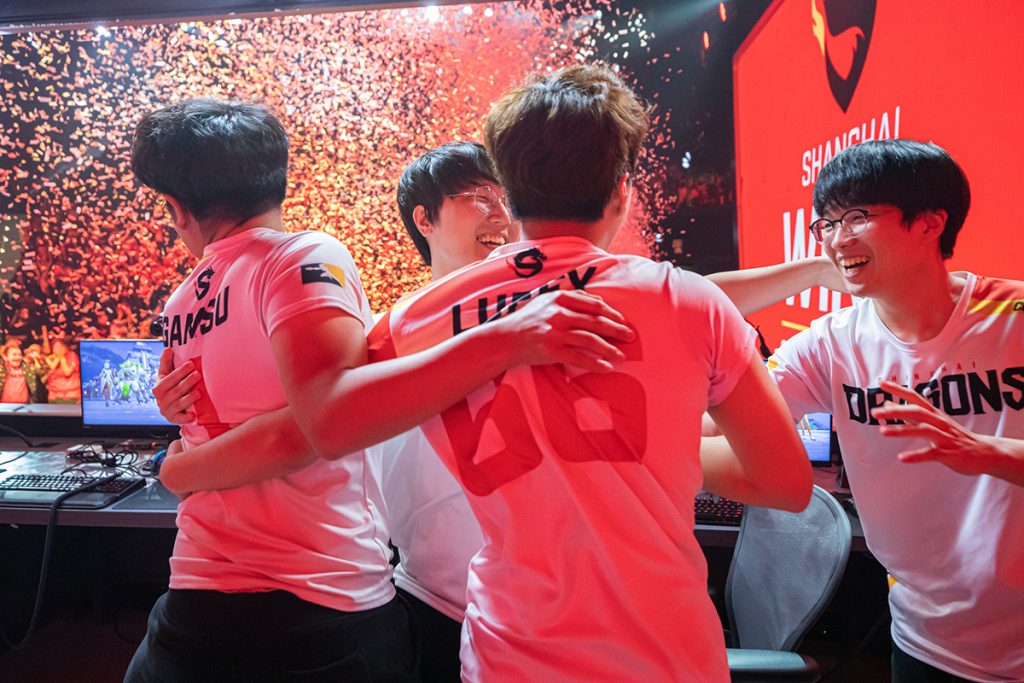 The Shanghai Dragons have seen their fair share of dramatic contests in 2020. A reverse sweep to win the May Melee was followed by their slugfest against Guangzhou in the Summer Showdown. This time around, however, they dispensed with the theatrics and simply took care of business, sweeping both New York and Hangzhou on Sunday to claim the Countdown Cup title in the APAC region.

WE DID IT! We sweep the finals 4-0 and are the champions of the Countdown Cup! We appreciate all the cheering and support 😍

With the meta shifting towards dive compositions in Asia, the Dragons were simply a cut above every other team. Each of their players was allowed to stick to their comfort picks, and they delivered the most dominant performance of the season from either region.

With the #1 seed securing a bye into the semifinals, Shanghai took on New York, fresh off a win over the Summer Showdown champs, the Guangzhou Charge. The series was a clash of styles, with NYXL leaning heavily on the double-shield style that dominated the last tournament. For their part, the Dragons forced the issue with their aggressive dive comps but peppered in some double-shield looks when necessary.

That versatility from Shanghai served them well throughout the series, allowing them to tailor their setups to the map or point being played. They picked New York apart across three maps, consistently finding little edges to push them over the top. Whether it was the immaculate Primal Rages from Euisok “FEARLESS” Lee, the flashy Dragonblades form ByungSun “Fleta” Kim, or the brilliant Sombra from the Dragons’ ROY candidate Jae Won “LIP” Lee, New York simply had no answers.

That’s not to say it was a complete stomp. As far as sweeps go, this one was pretty competitive. Yeon-Gwan “Nenne” was sharp as ever on Ashe and Hyojong “Haksal” Kim was a worthy opponent for Fleta on Genji. New York kept themselves within striking distance on King’s Row and Volskaya, but anemic second attacks sunk their chances on both maps.

New York’s double-shield comps should have been able to bully Shanghai’s dive in neutral fights, but the Dragons’ execution was simply to clean. They had answers for New York at every turn, like the cheeky Biotic Grenade from Sunghyeon “Luffy” Yang to win the first fight and give Shanghai a huge head start in ultimate charge.

Ultimately, the Dragons were just too much for New York to handle. When the Excelsior couldn’t force Shanghai off the dive comps, the series was basically over. Nothing was going to keep the Dragons from getting back to the Finals.

Hangzhou Fight Their Way To Finals

For the Spark, the road to the Finals was markedly bumpier than the Dragon’s direct route. First off, they had to deal with the Seoul Dynasty, who put up quite a fight in the quarterfinals. Seoul had the Spark with their backs against the wall, down 2-0 before a reverse sweep kept Hangzhou alive.

Operating with new addition Hyeon Woo “ToYou” Lim in the flex-tank role, the Dynasty stormed out to wins on Busan and Eichenwalde. Both teams were swapping between compositions depending on the situation, but Hangzhou seemed to struggle with their double-shield looks. 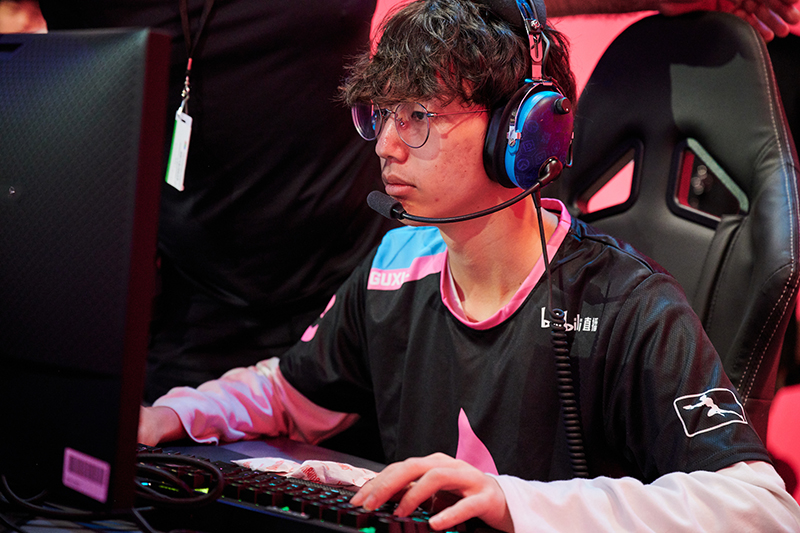 The Spark turned things around once they settled on dive compositions for most of the last three maps. Getting Qiulin “Guxue” Xu onto Winston seemed to give new life to Hangzhou and they clawed their way back into the series on Anubis and Route 66. They sealed the deal on a chaotic Lijiang Tower to send the Dynasty packing.

Coming into the series against Chengdu, the Spark had found their identity for this tournament. They played dive comps exclusively throughout the series and looked much more comfortable along the way.

Chengdu tried their best in the mirror matchup, but they were simply outskilled at nearly every position. Kyeong Bo “GodsB” Kim and Minho “Architect” Park especially looked like they are finding their form after a rocky start following Architect’s trade from the Shock. The Hunters made things interesting with a win on Voskaya, but they couldn’t keep the reverse sweep alive and fell 3-1 after a hard-fought Watchpoint Gibraltar.

The Spark have disappointed all year long after finishing fourth in the league last year, but they are starting to display their talent once again. They took care of business against Chengdu like you would expect from a top team in APAC. Unfortunately for the Spark, they weren’t quite ready for the boss fight that awaited them in the Finals.

The Dragons Reclaim Their Throne

While the Spark showed some fire in their semifinal performance, they were unprepared for the fury of the Shanghai Dragons. From the earliest moments on Oasis, the Dragons’ win started to feel inevitable. They lost a single fight all map, dominating on both dive and double-shield. They were absolutely not messing around.

From there, it was off to the races for Shanghai. On Numbani and Volskaya, they blitzed the Spark on attack, putting up overwhelming time banks and shattering the morale of their opponent. Their attack round on Numbani especially is a work of art, three and half minutes of Overwatch played at its absolute best.

Then they nearly full-held Hangzhou on defense both times. Even after Hangzhou captured the point and stayed alive, both maps were essentially done. That was the extent of Shanghai’s dominance over their counterparts.

The best part was that they did it in entirely different ways. On Numbani, it was the perfectly executed dive taking advantage of every small mistake coming out from the Spark. On Volskaya, they did it with a double-shield comp that controlled space and bullied Hangzhou every step of the way.

Throughout it all, the one constant was Jae Gone “LeeJaeGon” Lee on the Brigitte. It’s not a role that gets a lot of love, not one that will show up often in highlight reels, but Brig has been among the most important heroes in the game this season. LeeJaeGon was not a great Brig to start the year. He was known for his aggressive, electric Lucio play. Over the course of the season, however, he’s evolved into maybe the best Brig in the world. In this series, he was huge again, constantly pushing the limits of the hero and finding tremendous value in teamfights.

By the time Route 66 rolled around, the outcome was a forgone conclusion. Shanghai stormed through their attack yet again, and despite a solid push from the Spark, they were way down in time bank going into extra rounds. Even a strong overtime push past point A couldn’t deliver them the wiggle room they needed to stop the Dragons. Shanghai’s dive took one more victory lap and delivered another title.

With the win on Sunday, the Dragons cemented their status as the juggernaut of APAC. They’ve won two of three tournaments and have only lost three times on the entire season. With just one game left on the season, they’re all but assured the league’s best overall record heading into playoffs. It was maybe the single most impressive showing we’ve seen all season long. In the neverending debate over who is the league’s top team, the Dragons just made a hell of a closing argument.