Zer0: “As Fair As I Want to Make It, I Can’t Change a League Ruling” 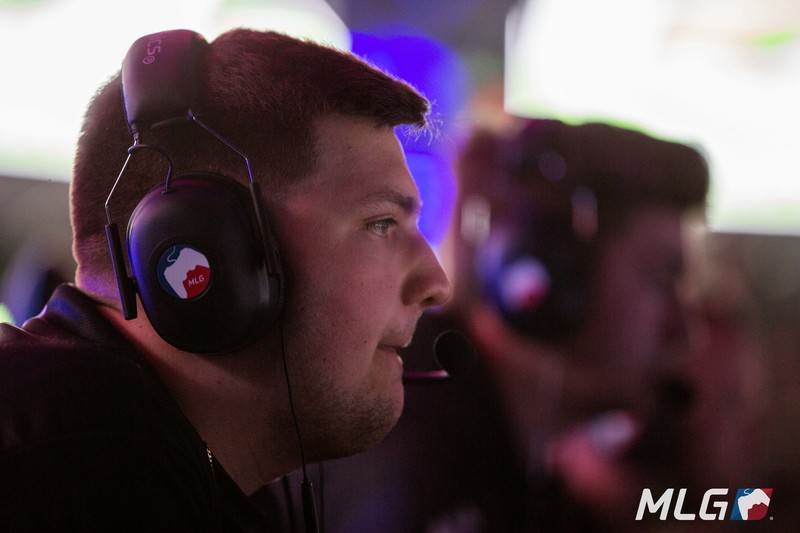 Zer0 provided insight into the connection issues during the London Home Series and what his team plans on fixing before Champs. (Photo courtesy MLG)

The London Royal Ravens were unable to make it to the Grand Finals at their Home Series, but they still had an interesting weekend. Connection issues in their series against Seattle and an intense five-game series against the Paris Legion ensured that they were still a highlight of the Home Series.

We spoke with London Royal Ravens player Trei “Zer0” Morris about the connections issues throughout the weekend and what his team needs to focus on before playoffs. We also asked about the gentlemen agreements that have changed the meta throughout the last few weeks.

Hotspawn: How do you feel about Slacked disconnecting during your match on Friday? Do you think finishing the map was the proper call?

Ive always said there needs to be ruling about replays especially since its online now, nothing worse then losing when its out of your hands, hope something gets sorted about it.

Zer0: You can’t take any team lightly and in my opinion, they got way better since acquiring Pandur and Proto into the lineup. In our game against them, obviously we were the favorites, but the disconnect happened when I think they were up by 20, but we had rotations. The disconnect happened, but as fair as I wanted to make it, I would’ve happily done a replay, but it’s not up to me and not up to my team. It’s not up to anyone else other than the league and the referees. Obviously they go by the rule book, and the result stood, and we got the win 3-1. Myself and my team don’t feel like we actually won, it felt like we were just gifted the win, but at the end of the day, it’s not our decision. I certainly feel like there should be a way to look around it. I’ve seen a few tweets from a few people saying what if someone disconnects at Champs and pulls the plug intentionally, then it could backfire on another team. There’s a lot of things that could go wrong with giving someone a win here, or giving them a replay here and not giving it to someone else down the line. You know, as fair as I want to make it, I can’t change a League ruling.

Hostpawn: How did it feel to reverse sweep Florida? Were there connection issues during this series?

Zer0: We started off on map one and felt a bit of jitter on literally the break-off and a tiny bit during the map. But they were just way better than us and outplayed us on that map, and the lag didn’t change the game in any way. Going into map two, I didn’t feel any lag whatsoever, same situation, and we just got outplayed. I’ve seen a few tweets from people from Florida saying respect the host change and the server change and whatnot. But if we’re going to be real about it, if we wanted a server change, we would’ve done it after the first map where we got obliterated and used that as an excuse. We wouldn’t have done it after a map win, it would make more sense to do it after a map loss, you know? In the third map it got to a point where it was getting unplayable, these servers have these issues and there is not much we can do about it. We asked for a host swap and we got it. Thank you to the League for sorting that out, I know there has been some issues in the past, but this one ran smoothly and we came back and reverse swept. To be fair, the reverse sweep had nothing to do with server changes, we just had one of our three better maps and came back and pulled off the reverse sweep.

It is going to be good to finally play where every single team is playing; that’s what I feel has been missing this year.

Hotspawn: Later in the weekend, you faced the Paris Legion in a tough five-game series. During the series, Both Search and Destroy matches went to round 11. What was your team’s biggest issue in these two matches?

Zer0: A lot of things happened in that series, whether we weren’t playing normally or playing scared and we choked a lot. Paris came out that weekend and swept New York so they’re obviously not a bad team. Going into that series, we obviously felt like we were the better team. We’ve played and beaten them before. I give them credit for their performance this weekend, but at the end of the day, we just played poorly in terms of composure. We didn’t have enough composure to win the series and made some horrible mistakes that we shouldn’t be making. I personally felt like we got robbed a bit for being up so much, but that’s on our end. We didn’t clutch up when we needed to, and we paid the price for that. It was our own Home Series and we should have at least made it to the finals, we all know that. We didn’t walk away and argue, we all knew we should’ve turned up, but we didn’t. I prefer all these mistakes to happen now rather than at Champs. Admittedly, I’d prefer never, but that’s just how it goes. There’s not much to really say about the series apart from the fact that we didn’t clutch up in the Search and Destroy matches. At the end of the day, they played well that weekend and we didn’t turn up when needed.

Down 3-5 in the S&D, @ParisLegion rally with three straight rounds to take the S&D over the London @RoyalRavens!

Hotspawn: Speaking of Champs, Is there anything specific you feel the team needs to improve on before the playoffs and Championship Weekend?

Zer0: I feel like every team in the league needs work. There are certain things that every team needs to work on, and ours is just going to be working on working together better. Our Domination is a bit hit or miss, but we showed this weekend that if we put our minds to it and work together that we can come out with Domination win. We’ve had issues in the past, but hopefully after this weekend, we look at it and realize it’s not an issue. Working together is probably our main issue, communicating and small talk. That all comes with wanting to work together and wanting to play together, so the more we do that, the more we are going to stay composed and want to win with each other. I’m not saying we don’t already, it’s just everything can get better. That’s what we’re going to work on, and going into Champs and playoffs, that is our main priority. We’ve got the Toronto Home Series; it’s going to be exciting to watch that because there are a few outcomes where we can lose a seed. There is going to be a lot of good matches. Now we have a month or so until Champs. It is going to be good to finally play where every single team is playing; that’s what I feel has been missing this year.

Hotspawn: One of the biggest topics in Call of Duty recently is the Gentlemen Agreements and the effects they’ve had on the meta. How do you feel about the meta changes throughout the past few weeks?

Zer0: The meta changes happen. The pros know best about the competitive scene. I won’t delve too much into it because not everyone loves talking about it, and I’m not going to be the one to start talking about it. The meta changes we try to make are to make the game the best that it possibly can be in the fairest way possible. Sometimes there is a bit of biased towards it, but we have our own system whether it goes through or not. A lot of people don’t want things to change, but if you have a majority vote, you can’t do much about it. Every meta change that you’ve seen happen, or a different gun being used, it’s us trying to keep the game to a much fairer standard then what it has been in the last few months.

Ive changed meta 4 times this week, this scene is comedy.