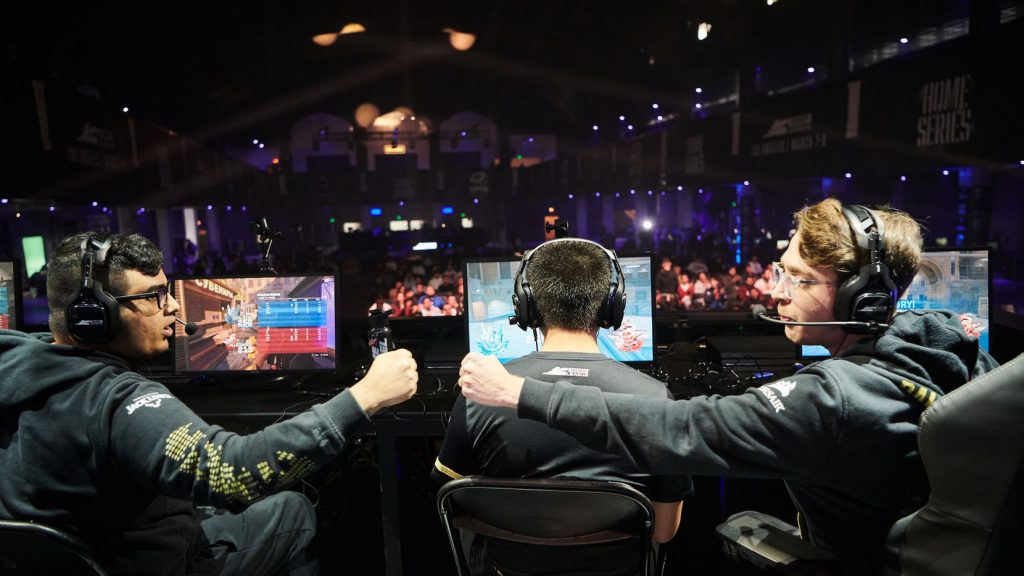 The Dallas Empire won their third Home Series event of the season with a devastating victory against the Paris Legion. Paris fought hard to make their first Grand Finals appearance of the season but could not finish the job.  (Photo courtesy CDL)

The Dallas Empire won their third Home Series event of the season with a devastating victory against the Paris Legion. Paris fought hard to make their first Grand Finals appearance of the season but could not finish the job.

It is no secret that Dallas Empire is one of the best teams in the Call of Duty League, and most fans believed they would have an easy time at the London Royal Ravens Home Series. They started the weekend with a 3-1 victory against the Paris Legion. Paris could not compete in Rammaza Hardpoint as Dallas finished the map 250-73. The European team’s Search and Destroy skills did stop Dallas in its tracks briefly, and Paris managed to win the second map of the series.

Paris also kept the third map of the series within 20 points but ultimately lost Gun Runner Domination 160-148. Dallas Empire closed out the series on the fourth map with a Hardpoint St. Petrograd victory. This would not be the last time both teams would play each other during the weekend, however.

Dallas played the New York Subliner’s in the second match on Saturday, which was expected to be a close series. New York was fresh off a Home Series victory and beat the Los Angeles Guerrillas in their first match of the weekend. New York did not perform as well as expected, unfortunately. They kept every match in the series relatively close but could not win a map. Dallas quickly swept the strong team and continued their warpath in their next game against the Florida Mutineers.

It was a tough weekend for the Mutineers. They beat the newly established OpTic Gaming Los Angeles lineup in their first match but fell short against the London Royal Ravens. They beat OpTic again in the loser’s bracket and made it to the semi-finals against Dallas Empire.

Florida had little hope against Dallas. The first two maps of the series were one-sided performances, and by the time the Mutineers found their stride, it was too late. They Kept Hackney Yard Domination within a reasonable 176-152 score, but Dallas easily defeated them and moved on to the finals.

3-0 SWEEP IN THE SEMIFINALS FOR @DallasEmpire!

Florida @Mutineers are eliminated from the London Home Series. The result sets up a finals matchup between Dallas and @ParisLegion.#BuildAnEmpire | #CDL2020 pic.twitter.com/MllaI1buEX

Dallas achieved their third series sweep of the weekend against the Paris Legion. Paris fought hard to make their first grand finals appearance, but they could not go all the way. Dallas won the first Hardpoint match by over 100 points, and only dropped one round of Search and Destroy in the second match. They finished the weekend with a 167-134 Domination Gun Runner victory and secured their third Home Series win of the season.

Signs of life from Paris

The Paris Legion has been a middle of the pack team for most of the season. The team managed to go further than they have all season at the London Home Series, however and made their first grand finals appearance.

Paris suffered their first loss of the weekend against Dallas but was not ready to go home just yet. Paris faced the Los Angeles Guerrillas in their second match of the weekend and easily beat them in a 3-1 series. The New York Subliners were the next team they would need to beat to make it out of the loser’s bracket.

In a surprising turn of events, Paris managed to sweep New York. New York kept the first Hardpoint match relatively close and only lost by eight points. Paris dominated in St. Petrograd Search and Destroy, however, and set themselves up for a 3-0 victory.

Paris once again dominated New York in respawn and ended the series with a Gun Runner Domination victory.

Paris faced the London Royal Ravens in their next match for a chance to make it to the grand finals. It was a tough five-game series, but Paris eliminated London in round 11 of Gun Runner Search and Destroy.

While Paris did perform well throughout the weekend, they were still unable to beat Dallas in the grand finals. Despite this disappointing finish, the team still earned precious CDL points that will help their seedings in the playoffs.

Despite Seattle and London not making the Grand Finals, an issue during one of their matches was still a highlight of the weekend.

Seattle and London faced off in their first match, where London gained a 2-1 series lead. Settle managed to gain a lead in St. Petrograd Hardpoint and looked to force the series to game five. Seattle Surge player Slacked disconnected from the game, however, and the team was forced to continue without a player.

The CDL league honored the game’s result, which meant Seattle lost the match even though they were at a disadvantage. This decision sparked outrage from most of the Seattle lineup and players from other teams.

"This is standing as it was a player error"

Many considered the ruling to be unfair and prevented Seattle from possibly making it to game five. Both teams were eliminated before the semi-finals, but it was still a poor decision that potentially changed the outcome of the Home Series. 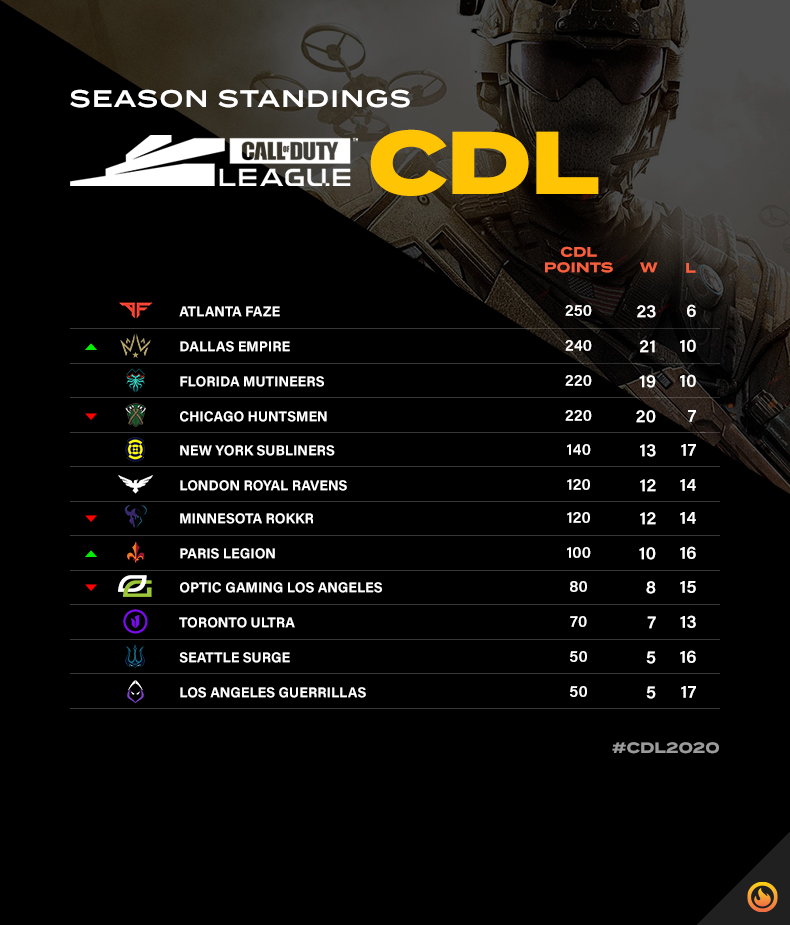 Dallas moved up to the second-place spot in the Call of Duty League thanks to their impressive performance, while the Huntsmen dropped to fourth-place. Paris moved up one spot in the standings and are currently in eighth place and 20 points behind Minnesota.

London is now tied for sixth place with Minnesota, and OpTic dropped one spot to ninth place.

The Seattle Surge, Dallas Empire, Florida Mutineers, and OpTic Gaming Los Angeles will compete again in the Toronto Ultra Home Series on July 24-26. This is the last Home Series of the regular season and is the last chance for teams to improve their standings before playoffs.