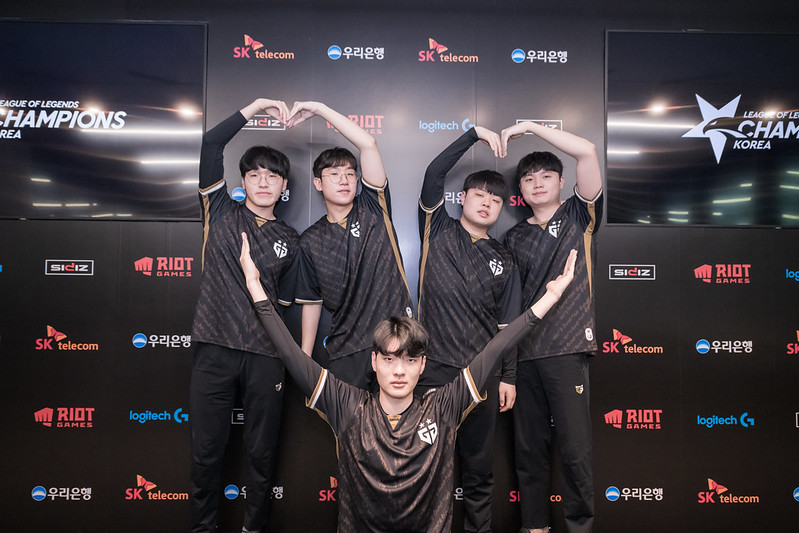 Gen.G are one of the favorites to make the finals of the LCK playoffs. (Photo courtesy LCK - Riot Korea)

Riot Korea announced the schedule for the League of Legends Champions Korea (LCK) Spring Split playoffs. The games will take place between Saturday, April 18th and Saturday, April 25th in the LCK’s typical gauntlet-style format. All matches are scheduled to begin at 1 a.m. PST.

It will be a short playoffs, spanning for a week, held in a gauntlet style. The first match starts in April 18th, the finals will be held in April 25th.

On whether there will be live audience (cont) pic.twitter.com/cblxCUQ1Ja

There will be one day off between the Wild Card round, Round 1, and Round 2. The winner of Round 2 will then have one extra day to prepare for the finals against the regular season champion.

This is a more condensed playoff schedule than the LCK has used in the past. The first playoff match will begin two days after the conclusion of the regular season, down from the usual three. The one day breaks from the Wild Card through Round 2 remain typical of an LCK playoffs, but the LCK has had five off days between the semifinals and finals in both splits last year.

Riot Korea plans to continue to play online for their playoff matches. They mentioned the possibility of playing the Finals at LoL Park without a live audience, but that determination has yet to be made.

Gen.G and T1 are currently tied atop the LCK standings at 13 wins apiece. They and DragonX have all clinched spots in the playoffs, leaving two more spots to be determined in the final two weeks of regular season play.

The schedule leaves plenty of time for the LCK to find a representative for the 2020 Mid-Season Invitational. Once in doubt, the tournament has been pushed back to July 3rd.