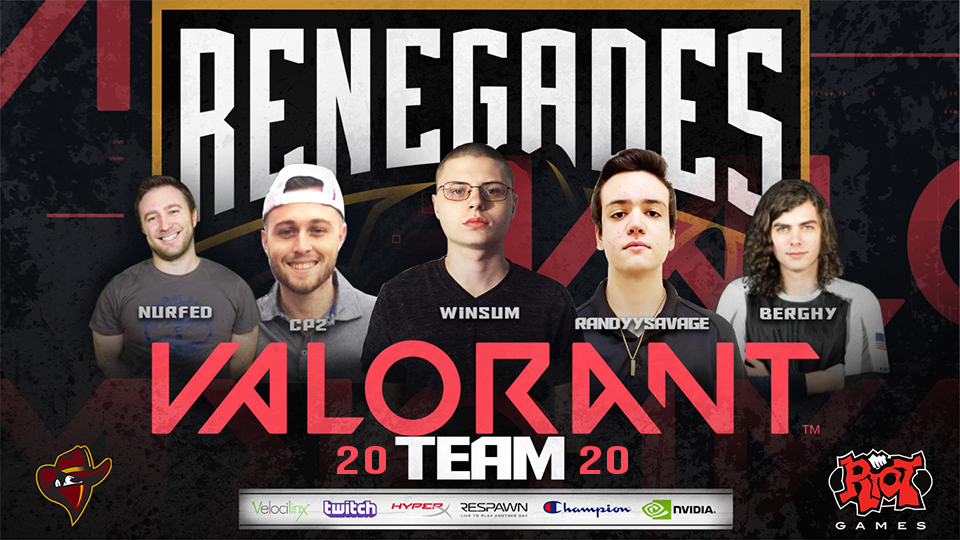 In addition to their new VALORANT bid, the relatively small organization has fielded teams in League of Legends, Overwatch, and Counterstrike.

Like many VALORANT players, Nurfed comes from a competitive CS:GO background. He has played with B-Tier and C-Tier teams since 2016, competing with the likes of InControl Gaming, Blight Gaming, and most recently, Big Frames. He switched from the Big Frames CS:GO team to their VALORANT team in early April, where he has since earned the best placements of his career so far.

Cp2, Winsum, and RandyySavage all joined the Big Frames VALORANT team on June, 12th of this year. They came to Big Frames together from the orgless team Prospects, where they won six lower tier online tournaments together throughout May. All three players were involved in low tier competitive CS:GO before making the switch over to VALORANT earlier this year.

Berghy has been involved in competitive gaming since 2018. He played the relatively obscure BATTALION 1944 for a few different teams and has participated in some CS:GO competitive events as well. Berghy has been participating in VALORANT events since April with a variety of teams, before finally joining Big Frames on July 10th. He was actually only on Big Frames for five days before the Renegades acquired the team.

Renegades joins the increasing number of organizations, including the Sentinels, NIP, Gen.G, and many more, who have announced their initial VALORANT rosters.