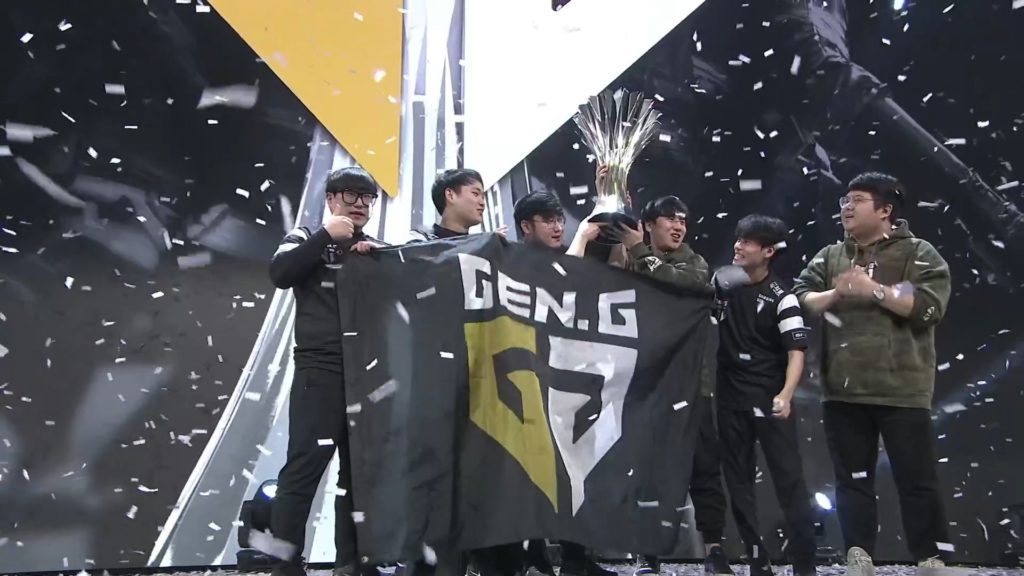 Gen.G announced their newly formed all Canadian VALORANT team Monday. The Korean based esports organization joined the increasing number of major organizations who have signed teams to compete in Riot’s latest shooter.

Bienvenu to our new VALORANT team!🇨🇦🇫🇷

We are excited to announce that the French Canadians will make our roster! #TigerNation give the Kings of the North a warm welcome! So, who's ready to see them compete?👀
@_PLAYERR1@huynh_cs@MkaeLcs@Guiiimond@effysgo#GenG #WeAreGenG pic.twitter.com/uDBmKnv6mK

Even though VALORANT is still in closed beta, organizations are already fighting to land top talents from CS:GO, Overwatch, and Apex Legends to elevate their bids for early VALORANT dominance. To fill that demand, many players from a variety of shooters have retired from their respective games to join VALORANT teams. Most notably, Overwatch League MVP Jay “Sinatraa” Won left Overwatch to join the Sentinels VALORANT roster last week.

Many organizations have put together VALORANT teams which draw players from a variety of different esports. The Sentinel’s new VALORANT roster, for example, features top level players from Overwatch, CS:GO, and Apex legends. Gen.G, on the other hand, decided to go a different direction. They signed an all Canadian VALORANT team made up entirely of former CS:GO professional players.

Gen.G debuted the new line up at the T1 VALORANT Invitational tournament on Monday. The T1 tournament features a $25,000 prize pool – the highest for any VALORANT tournament to date.

As a long time competitor in League of Legends, Gen.G has a history of competing in Riot developed games, which makes their move to VALORANT a very logical step. They are also a top competitor in various other esports, including Player Unknown’s Battlegrounds and CS:GO. Gen.G also owns and operates the Seoul Dynasty in the Overwatch League.

We can expect even more organizations to announce their VALORANT lineups in the coming weeks, as we move ever closer to the full release of the game in the Summer of 2020.