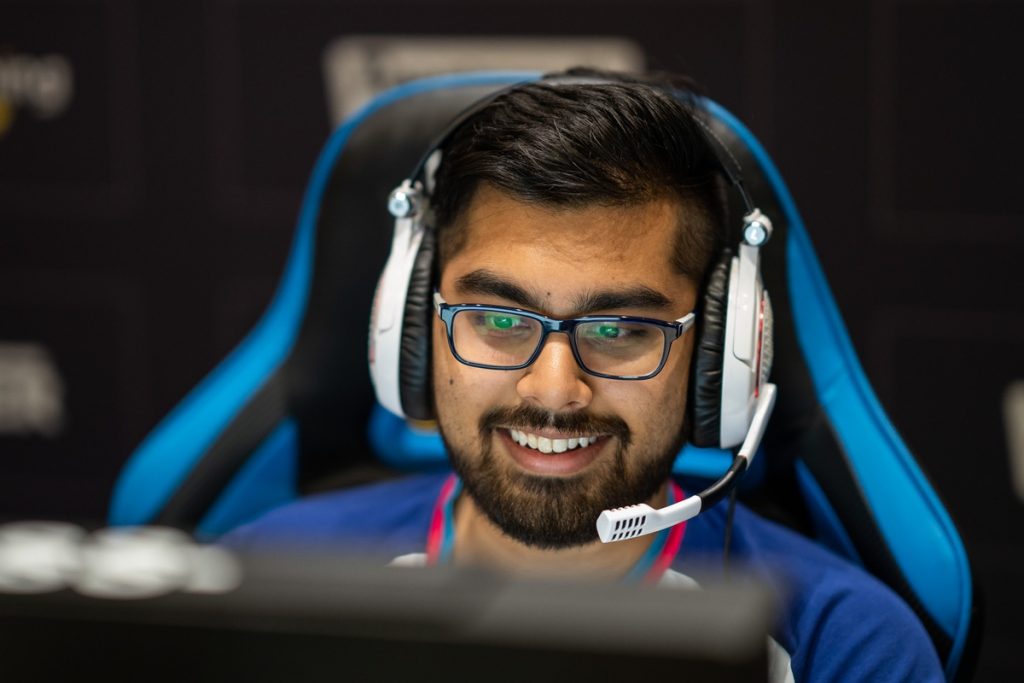 None can dispute Quincy Crew's dominance right now, as they win yet another American online tournament. (Photo courtesy EPICENTER)

Chalk up one more for Quinn “Quinn” Callahan and his fellow Quincies in Quincy Crew, for they are your BTS Pro Series Season 3 Americas champions. The undisputed best five players in America right now have won yet another important online tournament — this being their latest first place finish since destroying everyone at the OMEGA League America Divine event.

As is tradition at this point, Quincy Crew cruised through the group stage on their way to an easy playoff berth — as if this was ever in doubt from the start. From there, they won every single game they played in the upper bracket, punching a ticket to the Grand Finals without even breaking a sweat. Quincy Crew waited yet again for their eventual opponents coming from the chaotic lower bracket rounds.

That opponent would end up being CR4ZY, with whom they last tussled at the Great American Rivalry Grand Finals in early August. After getting into a spot of trouble with a not-so-inspiring performance in the preliminaries, CR4ZY were forced to take the long way round — starting with the first round of the lower bracket.

Despite the early setbacks though, the team led by International champion Kurtis “Aui_2000” Ling proceeded to stave off elimination at every step, putting strong teams like beastcoast and Infamous away one at a time.

Their first two matches in the lower bracket in particular were quite hectic as each one went to all three games. They struck first in their series against 4 Zoomers, spurred on by a rousing performance by stand-in William “hFn” Medeiros as Terrorblade. The substitute carry player racked up just a bit more than 25 percent of CR4ZY’s total kills in Game 1, and notched 837 gold per minute on his way there. Not to be outdone, the other two cores Jonathan “Bryle” Santos De Guia and Maurice “KheZu” Gutmann also imposed their wills as Batrider and Beastmaster respectively in the 25 and a half minute victory.

The Zoomers countered well in the second game, taking Terrorblade for their own draft and for Samuel “Sammyboy” Anderson. Keeping him alive for most of the game, the rest of 4 Zoomers — most especially Nico “Gunnar” Lopez as Invoker — made sure to give Sammyboy the space he needed to farm to his heart’s content. True enough, not even hFn’s Phantom Lancer, which is currently one of the top counters to Terrorblade, served as a good answer to Sammyboy and his farming pace. The Zoomers thus claimed their win just five seconds shy of the 30 minute mark.

Alas, the reversal was not to be. Despite getting their hands on Terrorblade once more for the third map, 4 Zoomers ultimately had to concede defeat as the three cores of CR4ZY popped off again. KheZu, hFn, and Bryle all combined for a staggering 39 kills in total, putting the game well out of their opponents’ reach by the late game. An advantage of nearly 15,000 in net worth tells all about CR4ZY’s performance in the final map, removing all doubts of their impending victory.

CR4ZY then went up against beastcoast, who had come down from the upper bracket after a deflating result at the hands of Infamous. It was a pretty quick series all in all despite taking three maps to complete, finishing after a total of just one hour and 14 minutes of elapsed game time.

This time however, it was beastcoast that got on the board first. The young upstart Héctor Antonio “K1” Rodríguez played a perfect game as Faceless Void, which featured him recording an astounding 12 minute Manta Style timing followed by an Echo Sabre three minutes thereafter. That kind of farming speed combined with the sheer tankiness of Jean Pierre “Chris Luck” Gonzales’ Bristleback helped beastcoast steamroll CR4ZY in just 22 and a half minutes, placing Aui_2000’s squad on the backfoot off the bat.

“No matter,” said the members of CR4ZY, as they proceeded to halt  beastcoast’s advance in the second game with very little trouble. Two-time Valve Major winner David “MoonMeander” Tan was the star of the show in this one, crushing beastcoast’s players with his signature position 4 Mirana. His contributions helped them jump out to a huge lead early on, which they leveraged well enroute to an even quicker win than that of beastcoast in the first game.

CR4ZY kept the pedal to the metal in the third and final map — once again wiping the floor with beastcoast after a 37-9 slaughter that ended in 30 minutes. As always, their cores stepped up to the plate and carried the load for the team, with Bryle and KheZu scoring plenty of kills along the way. KheZu’s 12 minute Blink Dagger timing on Axe was of particular note, as it allowed CR4ZY the ability to push the tempo with their mid game-focused draft. With the pace of the game on their side, they closed the series out convincingly and removed beastcoast from the tournament.

Race To The Finish

From there, it was just a matter of getting past the last two teams standing in CR4ZY’s way — and that’s exactly what they did. The team would go on to win every game on their way to the Grand Finals, disposing of Thunder Predator and Infamous without a hitch.

Game 2 is coming up next… will Quincy Crew come back alive or will CR4ZY keep their crazy momentum? 👀

The stage was set for their rematch with Quincy Crew after their last Grand Final meeting. The championship match started auspiciously for CR4ZY, taking control of the series from the get-go with a massive performance by hFn as Juggernaut. The 13 minute Battle Fury helped fuel the rest of his item timings, making up big time for the fact that their other two lanes lost hard. A key teamfight victory allowed them to take control of the game around the 20 minute mark — and from there it was smooth sailing.

Seeing what they were going up against, Quincy Crew buckled down for the second game. This time it was Rodrigo “Lelis” Santos who had his fingerprints all over the game, using Lycan to great effect even after all the nerfs to the hero and Necronomicon. Speaking of Necronomicon, his 12 minute purchase of the item was exactly what his team needed to hold onto their small advantage in the early game, which ballooned to about 19,000 gold by the 35 minute mark. But in spite of their huge lead at this point, Quincy Crew ran into quite a lot of trouble closing the game out, thanks in no small part to some scrappy plays by CR4ZY that caused a massive gold swing.

ANYONE ELSE'S HEARTS RACING OR JUST MINE? 😳

Quincy Crew pulls out the win over CR4ZY in Game 2 of #BTSProSeries Americas Grand Finals! 🤯

This eventually led to a heartstopping final teamfight at the Dire Ancient, wherein hFn tried to use Chronosphere on the Ancient itself in order to finish it off from about half health. Unfortunately, this had the side effect of catching Bryle’s Windranger within, preventing him from getting Focus Fire shots off on the objective. With no buybacks remaining, CR4ZY’s last stand had officially ended, and their hopes of taking a commanding lead in the series died along with it.

The third map was, in a few words, a total barn burner. The game lasted almost 90 minutes, with many non-decisive teamfights occurring throughout the game. Though CR4ZY held onto a large net worth lead for most of the game, some rather questionable plays on their part — hFn’s refusal to pop his Black King Bar as Drow Ranger being the sketchiest — allowed Quincy Crew to claw their way back into it. Yawar “YawaR” Hassan and Quinn himself led the way in the late game, with the former being unafraid to purchase a Divine Rapier to help their efforts.

A base race ensued in the waning minutes of the game, because of course it did. It looked like things would go down to the absolute wire — but CR4ZY made a critical error by not activating their Fortification. This would come back to haunt them in Game 4, which would end up being the final game in the series. In true Quincy Crew fashion, the final map was a total thrashing of their rivals, with both YawaR and Quinn going 30 whole minutes just taking names left and right. Neither of them even died at all by the end of it, and CR4ZY could only limp home to lick their wounds once again.

It’s pretty clear now that Quincy Crew is to America as Team Secret is to Europe, and it doesn’t look like anyone can challenge their place as the region’s finest. For their efforts, they bring home $21,000 in prize money and more momentum to work with in this era of online-only events.