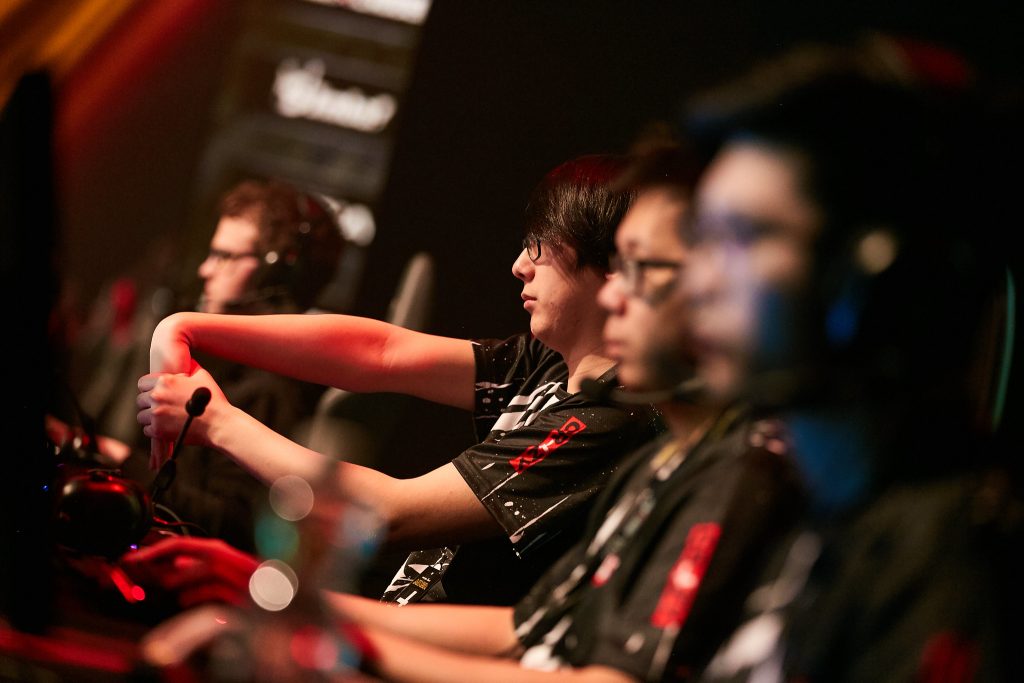 Some early setbacks have placed top teams in America, such as CR4ZY, into the elimination rounds (Photo via Starladder | Flickr)

Another week and a half of Dota 2 action in America has passed — this time with the third season of the BTS Pro Series. 10 teams from the region have been battling it out since September 7 for their share of the $50,000 prize pool, with the playoff bracket seeding having been decided since Friday this week.

Right off the bat, the OMEGA League Americas Divine division champions Quincy Crew have cruised to yet another easy first-place finish in the round robin group stage, winning all but two of their 18 games in the preliminaries. Their only losses came at the hands of South American squads beastcoast and Team Brasil — only the former of which made it into the OMEGA League playoffs.

The latter on the other hand have gone on a surprisingly good run for themselves so far in this tournament. They split their games right down the middle at exactly nine wins and nine losses, looking pretty solid in both their victories and their defeats. Their 36-minute win over Quincy Crew was especially notable, as both Adriano de Paula “4dr” Machado and Guilherme Silva “Costabile” Costábile popped off on their respective heroes.

Team Brasil looking UNSTOPPABLE as they defeat Quincy Crew in the first game of the series! 🤯

Game 2 is coming up! Can Quincy Crew make the comeback? Find out after the break!! 👀

Their Monkey King and Drow Ranger combination was too much for Quincy Crew to handle in the first game of their best of two series, with both cores ensuring that Team Brasil held onto their lead the whole way through. By the game’s end, the Brazilian squad had 36 kills (they averaged one kill per minute!) to Quincy Crew’s 16. Unfortunately, they couldn’t follow through on their early success, as Quinn “Quinn” Callahan and his teammates made the necessary adjustments to win the second map in just 22 minutes.

Still, Team Brasil earned themselves a spot in the upper bracket for their troubles, placing fourth overall in the group and setting themselves up for a rematch against Quincy Crew. The other side of the bracket will feature beastcoast against fellow South American mainstays Infamous, with whom they are very familiar by now. Both matchups will be best-of-three affairs for a guaranteed top-three finish.

Meanwhile, familiar names CR4ZY and 4 Zoomers have landed themselves in a spot of trouble coming out of the group stage. Both rosters fell just shy of the upper bracket, winning eight games and losing 10 each in the preliminaries. They notched the exact same record as all-Peruvian lineup Thunder Predator, relegating all of them to the lower bracket to start the playoffs.

Another exciting day of #BTSPro
Americas comes to a close with a @ThunderAwakengg win!

We'll be back again tomorrow with even more action, see you all then!👋👋

Not a great start for any of these teams, but most especially for 4 Zoomers who were last seen in the OMEGA League Grand Finals and for CR4ZY who did the same at The Great American Rivalry last month. Both teams will face each other for survival in the lower bracket, which will likewise be a best-of-three. Thunder Predator meanwhile will have to contend with Infinity Esports, who finished with a record of seven wins and 11 losses in the group stage.

This Is How Liberty Dies

Sadly for Havan Liberty and Jacky “EternaLEnVy” Mao’s stack Team Zero, their respective runs at the BTS Pro Series end here. Havan Liberty just couldn’t string together enough wins to make it into the playoffs, scoring just five map victories with 13 defeats staining their record. An unfortunate outcome for a squad captained by Heitor “Duster” Pereira, formerly of the paiN Gaming roster that placed third at ESL One Birmingham in 2018.

Although Team Zero had the same map score as Infinity Esports, their match score was the final determining factor that led to them missing out on the eighth seed. Infinity Esports lost less outright (meaning 0-2 results) compared to Team Zero, which gave them the edge over EnVy’s team in terms of performances. Therefore, Team Zero’s match score of two wins, three losses, and four draws actually ended up being worse than Infinity Esports’ record of zero wins, seven draws, and two losses.

Not a great result for Team Zero of course, especially given the amount of tier 1 experience present in their lineup. Most would expect guys like Jingjun “Sneyking” Wu and Theeban “1437” Siva to be in the running for the playoffs in these types of events — but it is possible that they need a bit more time to gel for future tournaments. Nevertheless, we’re sure we’ll be seeing them participating in American events again soon.

The BTS Pro Series playoffs begin Saturday, kicking off with the elimination match between CR4ZY and 4 Zoomers at 12pm Pacific Time. Watch all the action unfold through Beyond the Summit’s official Twitch channel.