Quincy Crew Conquer All at OMEGA League AM Divine 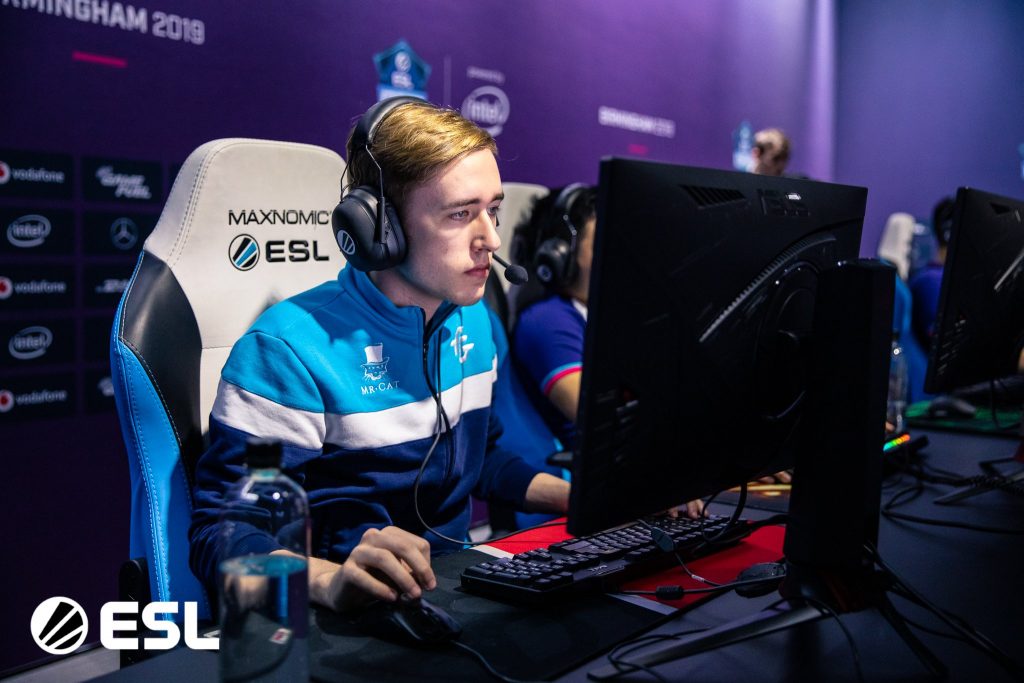 Quincy Crew stand atop the American region once again, with this being their fifth straight tournament victory since late June (Photo via ESL)

The Quincy Crew is on top of the American Dota 2 scene yet again, after blazing a trail with plenty of bodies in their wake at the OMEGA League Americas Divine division. Quinn “Quinn” Callahan and his cohorts crushed all comers in the group stage on their way to an easy upper bracket berth, making sure to make the most out of the absence of perennial rivals Evil Geniuses from the region. The team dropped just three maps in total counting both the groups and the playoffs, proving that they’ve definitely got their neighbors’ numbers.

They began their run through the upper bracket in earnest, disposing of marquee South American squad beastcoast in just two games in the first round. beastcoast struck first in the set thanks in no small part to the stellar performances by their cores Jean Pierre “Chris Luck” Gonzales, Héctor Antonio “K1” Rodríguez, and Adrián “Wisper” Céspedes Dobles. The third player in that order played a fantastic offlane Phoenix, causing plenty of havoc in teamfights and keeping his teammates in fighting shape.

Unfazed by the opening blow, Quincy Crew recovered quickly in the second game, riding Quinn’s hot hand on his signature Ember Spirit. Not to be outdone, carry player Yawar “YawaR” Hassan” contributed plenty of team-wide damage as Gyrocopter — dealing just about a thousand points more than his mid laner by the end of the game. Quincy Crew led by miles throughout the 31-minute map, their impending victory never in doubt.

They followed this up in the third game with another sub-35 minute win, YawaR and Quinn firing on all cylinders again. Quinn in particular posted a perfect game as Monkey King, scoring 20 kills (almost half of his team’s total) without dying once. YawaR on the other hand was doing so well that he felt like it would be funny to buy Ethereal Blade on a physical DPS hero like Drow Ranger at the end of the game.

Over on the other side of the bracket, their eventual Grand Final opponents 4 Zoomers easily took care of business against Thunder Predator. The Nico “Gunnar” Lopez-led roster trounced Thunder Predator in two maps without breaking much of a sweat, ending the series in just 76 minutes of elapsed game time.

Quincy Crew and 4 Zoomers thus tussled in the upper bracket finals, which went the distance with all three games. Curiously, Quincy Crew won the first map in just 25 minutes — despite picking such a late game-focused hero like Medusa in the carry slot. Indeed it was their incredible laning phase that allowed them to close the game out immediately, with both Quinn and YawaR leading the way. This time, however, Arif “MSS” Anwar got in the mix, scoring four kills and 15 assists on the position 4 Phoenix pick.

4 Zoomers countered in the second game, though the victory was a rather hard-fought one. In fact, it wasn’t until about 30 minutes into the game that they were able to grab a significant lead over Quincy Crew, which they were only able to maintain thanks to the blistering pace that Samuel Lee “Sammyboy” Anderson was farming at with Arc Warden. But not even the dieback suffered by Sammboy in the mid game set them back far enough for Quincy Crew to catch up, allowing the Zoomers to keep the pedal to the metal until the end.

Sadly, the series win wasn’t meant to be for the 4 Zoomers. Quincy Crew clamped down on the final game, with MSS being the man of the hour as he massacred their opponents as Windranger. Just two deaths blemished his record of 15 kills. Of course, it was Quinn who ended up with the most damage, which was to be expected as he played Gyrocopter in YawaR’s stead.

Thus, the Zoomers were forced to play in the lower bracket finals, where Thunder Predator were waiting after staving off early elimination. The Zoomers got off to a good early start in the series, leveraging their strength in the laning phase to secure a small lead. Jake “Oceania” Gosen was quite the x-factor in the first game, notching nine important kills as the soft support Mirana. Leading the charge alongside Sammyboy, whose 21 minute Eye of Skadi timing as Chaos Knight helped the Zoomers stay firmly ahead in the late game.

Thunder Predator tapped out just shy of the 30-minute mark, conceding the first map in order to move onto the second. It was then that they counter-punched in a close Game 2, with both teams having almost identical kill scores. Carry player Alonso “MNZ” León had himself quite the time as Phantom Assassin, slicing through the Zoomers 16 times while dying only twice throughout the 39-minute game. What a time for him to do it, too, as the rest of his team was lagging a little bit behind him. A true hard carry’s performance in every sense.

Unfortunately, they could not ride the momentum from the second game to close it out and punch a ticket to the Grand Finals. Thunder Predator fell to the Zoomers in Game 3, bowing out in just 27 and a half minutes of play. Yet again it was Gunnar and Sammyboy that dominated, with the former in particular recording an astounding 11-minute Orchid Malevolence timing as the solo mid Nature’s Prophet. Sammyboy on the other hand was untouchable as Terrorblade, 13-minute Sange and Yasha and 22 minute Eye of Skadi in tow.

Thus, it was a rematch between Quincy Crew and 4 Zoomers in the championship round — something we’re sure a lot of American Dota fans expected from the start. The result was anything but an obvious prediction, though, as Quincy Crew rampaged through the Grand Finals with plenty of time to spare. Game 1 was all about the MSS Phoenix once again, as he scored 10 kills and 22 assists with nearly 8,000 points of healing done to boot. The Quincy Crew cores were plenty happy staying in fights as a result, and their staying power was too much for the Zoomers to deal with.

Game 2 saw YawaR stomp the Zoomers as Juggernaut, shrugging off Death Prophet silences from Jaron “monkeys-forever” Clinton with his 17-minute Manta Style. Star offlaner Rodrigo “Lelis” Santos also helped a ton as Beastmaster, grabbing a bunch of utility items that afforded his team more damage and more sustain at the same time. Of course, Quinn also helped lift his team some, piloting Leshrac — a hero that is gradually becoming one of his signature picks. 10-4 was the score for the young man by the end of the game, which clocked in at just 28 minutes and 49 seconds.

With their backs against the wall, the 4 Zoomers tried a Sven pick in the third and final game — but to no avail. Quincy Crew countered with a Slark last pick, which proved instrumental in their runaway success in the series. YawaR punched in 16 kills with the slippery hero, spurred on by the 9 minute Hand of Midas timing which led to a very early Black King Bar. The BKB timing was crucial in securing the quick win, as the Zoomers’ magic-heavy draft folded to the power of Dark Pact’s natural dispel mechanics and the spell immunity that YawaR had.

Quinn’s 12-4 performance as Lina made things all the worse for 4 Zoomers, who tapped out and handed the title over to Quincy Crew in less than 40 minutes.

The pecking order in America thus remains largely the same as Quincy Crew celebrate yet another successful tournament run. Their winning streak in premier American tournaments now stretches to five events in total. It doesn’t look like their momentum is slowing down even a bit during this time, and if this keeps up they will probably run away with every online title in their region until the resumption of the ongoing Dota Pro Circuit season early next year.