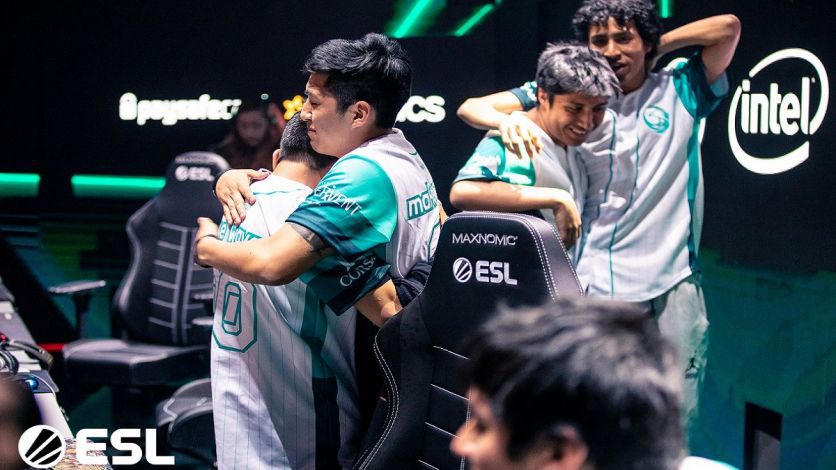 beastcoast’s performance in the OMEGA League Group Stage has been a welcome return to form. (Photo courtesy ESL)

The OMEGA League: Americas Divine Division group stage wrapped up on the evening of August 26th, concluding ten days of furious competition. We’ve seen two teams eliminated, four head straight to playoffs, and four more locked into the play, with some clear gaps in competition between them.

The OMEGA League has lived up to the hype it created, with the super slick production value we’ve come to expect from WePlay! amplified by the scale and grandeur we’ve become accustomed to with EPICENTER organizer Epic Esports Events. Yet the Americas division has suffered with two problems. Firstly, the absence of the grandeur reserved for the EU & CIS portion of the event. The Americas division has felt sadly just like any other tournament. It’s understandable given the great expense and time differences between the regions, but it’s still a shame.

Second issue has been a strange case of deja vu – perhaps because six of the ten teams competing here are also battling it out at ESL One Thailand 2020: Americas, another online tournament running alongside this event.

This has led to strange situations such as Quincy Crew and business associates playing a series against each other on successive days between August 20th and August 21st. This turned the matches into almost a best-of-six situation with picks and bans certainly influenced by the previous days’ matchup. Although Quincy Crew was victorious 2-1 in both occasions, this has definitely hindered the competitive merit of this event somewhat. Almost all the top teams in both events are playing double-stacked events until the close of the ESL playoffs.

Regardless, it’s been an illuminating tournament. One that’s reminds of the high levels of talent available in both North and South America, who shine when they’re given the opportunity.

It’s almost comforting to see beastcoast at the top of a table in a South American (or Americas as a whole for that matter) event. The performance has been a welcome return to form for a roster that had fallen in grace since its initial rise to prominence late last year. Like many in the SA region, the team had struggled with connection issues in the wake of the coronavirus pandemic forcing competition online. But even prior to this problems outside their control, such as visa issues, plagued the squad, hindering their normally highly competitive level of play.

Here those problems are echoed but not as pronounced. The team has used three substitutes throughout it’s games, including NA staple Joel Mori “MoOz” Ozambela, former Infamous player Enzo “Timado” Gianoli O’Connor, and the relatively unknown Mr.Jeans. When the team has used the subs, it’s looked okay, but nothing beats beastcoast with a full lineup.

Except of course, Thunder Predator, the second big name of the SA region. In the wake of a decline in beastcoast, this talented stack swept to notoriety during the WeSave! Charity event. Yet the team is often forced to play second fiddle to beastcoast when both teams clash. This was no more clear than when the pair battled it out on August 21st. In the series, beastcoast barely altered their strategy even in the game they lost. They drafted almost the same lineup and straight up beat Thunder Predator on their own terms.

What’s more, Thunder Predator struggled to reach the playoffs in the wake of a returning name. Infamous, a big SA name with almost all of it’s prestige dried up has made a surprising return to relevance. The team handed beastcoast their only loss of the group stage by shutting down their two subs. Timado and MoOz were badly picked on in the two losses, clearly suffering from a lack of familiarity with the rest of their teammates. It was a sad way to lose for beastcoast, who had looked so dominant elsewhere in the event.

But even with this dramatic victory, Infamous were only able to grab wins against the bottom half of the table. As a result, their fate very much wasn’t in their hands going into the final day of the group stage. Instead, it would be up to whether Thunder Predator could vanquish the struggling Team Brazil, who were yet to secure a single victory. Sadly their run of bad performances would continue, with TP’s Frank “Frank” Arias’s off lane Clockwerk running roughshod over the opposing laners after grabbing a few early kills.

Game two started better, with the Brazilians able to carve out an early lead. However, after the Kunkka and Gyrocopter began to scale, it looked like an easy TP victory. One pause later, and Team Brazil were on top, pushing out and punishing TP for overextending in bizarre situations. But despite this, and Team Brazil gaining almost a 15k net worth lead, the team were unable to compete as Thunder Predator struck back and shoved down their lanes. TP came back from two lanes completely destroyed to secure their spot in the Upper Bracket.

Ultimately, SA was again a two team race, as it has been for many months. It’s a return of the status quo, but the real question will be whether these teams are still more competitive than their NA counterparts.

With Evil Geniuses absent from the region and competing in Europe, the usually very competitive, but often hindered teams such as Quincy Crew and business associates have stepped up. Quincy Crew in particular have been flawless, losing just one match in their group stake campaign. The lone loss came against, of course, business associates. These two teams have clashed seemingly hundreds of times during this online era of Dota 2, trading wins down the line. However this time it was QC who secured the victory, with Quinn “Quinn” Callahan breaking out a deadly Lina pick to secure the series.

This pair of NA teams have clearly taken their competitive ability to the next level, but have a new challenger snapping at their heels. 4 Zoomers emerged in late April, battling their way through Tier Two and Three tournaments to make a name for themselves. Headed by team captain, and former Ninjas In Pyjamas solo middle player Nico “Gunnar” Lopez, the team’s biggest victory came in June with a second place finish in the BTS Pro Series Season 2: Americas

In the OMEGA League they’ve made another statement, finishing up their group stage with a 3-1 record, and heading to the upper bracket of the playoffs. But this hasn’t been some easy run for the Zoomers. Their 6-4 individual match score shows they’ve suffered for every point, often being pushed to their third game. Even against bottom of the table Boonz + Goons the team struggled. The 4 Zoomer’s first game against the relatively unknown NA stack was a 34 minute slugfest that saw Phuc “lordboonz” Nguyen, Boonz + Goons namesake unleash the Chen zoo on the zoomers.

Luckily the Zoomers were able to stabilize for games two and three. Banning out the Chen, and focusing more on preventing their opponent’s very talented support player from causing havoc, the team closed out their second game with Gunnar on Invoker. With B+G having showed no signs of being able to stop this potent pick, Zoomers broke out Invoker again in game three and closed the series out.

This left business associates and Zoomers to battle it out for the final spot to avoid the play-ins on the last day of groups. Immediately in game one business associates capitalized on their huge experience advantage drafting their way to a quick game one victory. But the Zoomers struck back in game two, one again breaking out Gunnar’s Invoker, which had served them so well earlier in the event. By forcing business associates’ hand in the middle lane, dragging away support from the off lanes, the Zoomers chipped away at an early game lead and took snatched victory from the jaws of defeat

Game three, business associates wisely banned Invoker, but let Gunnar onto Morphling. This time there was no early game lead for the associates to lose. Instead, Gunnar was fully farmed and deadly, while his fellow carries got free farm – a good situation for a Sven. As a result, business associates fell to the play ins, while the Zoomers head to the playoffs. 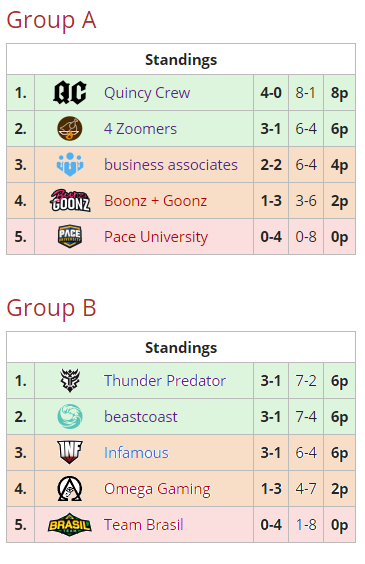 The unique format of the OMEGA League, which restricted the NA and SA region from clashing until the playoffs has prevented created a situation where some unexpected faces, such as 4 Zoomers and Infamous, are headed to the upper bracket. How long this will last remains to be seen, but if they’re able to maintain the level of play, there might just be an surprise victor to this Division. The OMEGA League: Americas Divine Division continues with play-ins on August 27th, live on WePlay!’s Twitch channel.