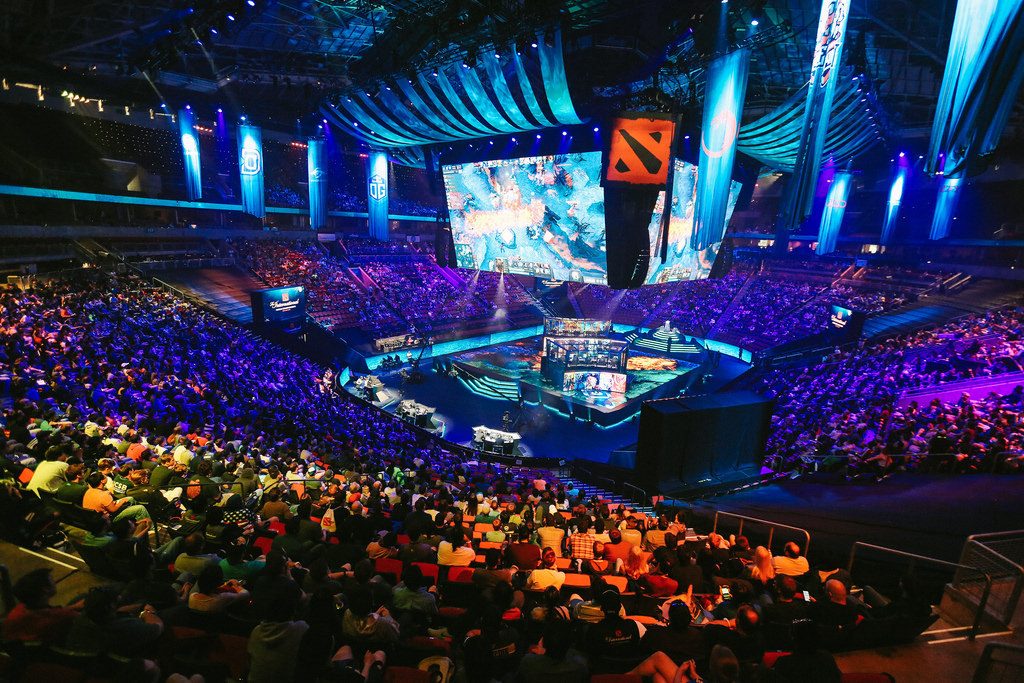 With the immediate future of Dota 2 esports hanging in the balance, the game's publisher and developer have presented their plans. (Photo courtesy Valve)

The Dota 2 community at large has been up in arms lately, primarily due to game publisher and developer Valve’s relative inaction when it comes to the 2020-2021 Dota Pro Circuit season and the fate of The International this year. The Washington-based company has been quiet about the situation since their last update in August — wherein they let everyone know that both the DPC and TI10 would be postponed to next year.

On Friday afternoon, though, Valve finally broke their silence on the matter, posting a substantial update on their official blog.

In the update, Valve prefaced their plans for the Pro Circuit season and TI10 by outlining the timeline of events beginning with the initial worldwide outbreak of the coronavirus in March earlier this year. According to them, they began canvassing and reserving dates and venues for The International alternative to the original plan of holding it in August in Stockholm, Sweden. At the same time, they got in contact with organizers of Pro Circuit events scheduled for the spring season — hoping that they would be able to find ways to fill the void as countries around the world went on lockdown.

The situation had only grown worse leading into the summer season, which concerned Valve with regards to Pro Circuit events scheduled later on in the year as well as TI10 itself. In spite of the pandemic however, Valve tried their best at the time to preserve cross regional play in the spirit of what Pro Circuit events and The International stand for as competitions — even if it meant not having a live crowd in venues. This would have required teams, personnel, and other parties to travel to whatever country would end up hosting the events, which was not feasible given the travel restrictions implemented by governments around the globe.

As for the ongoing Pro Circuit season, Valve noted the lack of overall points thanks to the number of cancelled events, and decided that this would muddy the narrative of teams and their journeys to The International going forward. Moreover, with the schedule of TI10 itself being up in the air, it was apparently also unfeasible for Valve to introduce a points decay system to compensate — much less in the middle of the year.

Thus, TI10 and the rest of the Pro Circuit were simply postponed indefinitely, with the community growing increasingly impatient over the lack of updates as time went on. Valve acknowledged this towards the end of their announcement, admitting that the overall criticism with regards to their lack of communication was justified.

Regardless, Valve continued their blog post by laying down their plan of action for the future. At least four third party events in Europe and CIS are confirmed thus far, with an additional three to take place in China. There are “a few others that are in the preliminary planning stages”, though the potential organizers are not able to fully commit at this time.

Valve did recognize that the direction they’re going in currently will not “meaningfully serve” teams, casters, fans, and event organizers, though — and have committed to offer financial and managerial assistance to organizers in particular going forward in order to help solidify future tournament plans. “We expect that these events will be gradually announced over the remaining season as soon as they are ready to communicate to fans and teams,” said Valve.  Current business associates player and TI5 champion Clinton “Fear” Loomis was critical of Valve on this, stating that the state online competition is not of acceptable quality and that North America in particular would suffer in the near future.

Correct me if I'm wrong but when they say "upcoming competitive season" they are not referring to the DPC, but more so the shit fest that is online gaming as we know it without a DPC in place. Looks like more than ever you can't play Dota in NA if you want to aspire to be a pro. pic.twitter.com/hdj4dWm254

Meanwhile, Valve has earmarked either January or February 2021 as the most viable months for the resumption of the ongoing season. During these months, the company hopes that the global situation will improve significantly, and that cross region competition will become feasible as a result. TI10 is also likely to happen in Stockholm in August 2021, though Valve explicitly stated that they have other countries in the pipeline if Sweden cannot play host to the world championship event.

Valve also took the time to address the long-standing issue regarding community figures and regular streamers rebroadcasting official tournaments through DotaTV and the broadcasting rights therein. Two years ago, the company went on the record to state that they and they alone reserve the right to issue DMCA takedowns on Dota 2 tournament restreams — as long as streamers do not use a tournament’s official broadcast materials (i.e. camera angles, on-site caster audio, sponsor logos, etc) on their end.

This was entirely due to DotaTV (Dota 2’s dedicated in-client spectator mode) being Valve’s intellectual property, which meant that streamers on platforms like Twitch and YouTube could effectively dodge copyright strikes by watching tournament games through the game client and adding their own commentary to it. This quickly became a point of concern for organizers such as WePlay! and ESL, who expressed that though the practice technically was not illegal, it caused them to lose viewership-driven revenue to these streamers. WePlay! in particular have been vocal on this issue as of late, with their in-house caster Kyle Freedman criticizing community streamers like Janne “Gorgc” Stefanovski” and Wehsing “SingSing” Yuen for taking viewers away from their product.

Valve on the other hand have recognized the possible loss of revenue in the short term, and have responded by adjusting the guidelines for streaming on DotaTV. Going forward, tournament organizers will be required to “provide community streamers with a reasonable and simple to execute set of non-monetary requirements”. To be specific, restreamers may now have to do things like display sponsor logos on their streams — though this can be problematic for streamers that are sponsored by companies that compete directly with those that are partnered with the events in question.

Regardless of the difficulties this method may present, it is clear that Valve want to keep allowing community streamers to rebroadcast tournaments at will, but with the aforementioned restrictions. “We believe this will provide more certainty and confidence to community streamers to be able to cast without a lot of turmoil, while at the same time protecting some key interests that tournament organizers have,” said Valve on the issue.

Valve have therefore presented a possible compromise, but whether or not this is satisfactory to tournament organizers has yet to be seen.