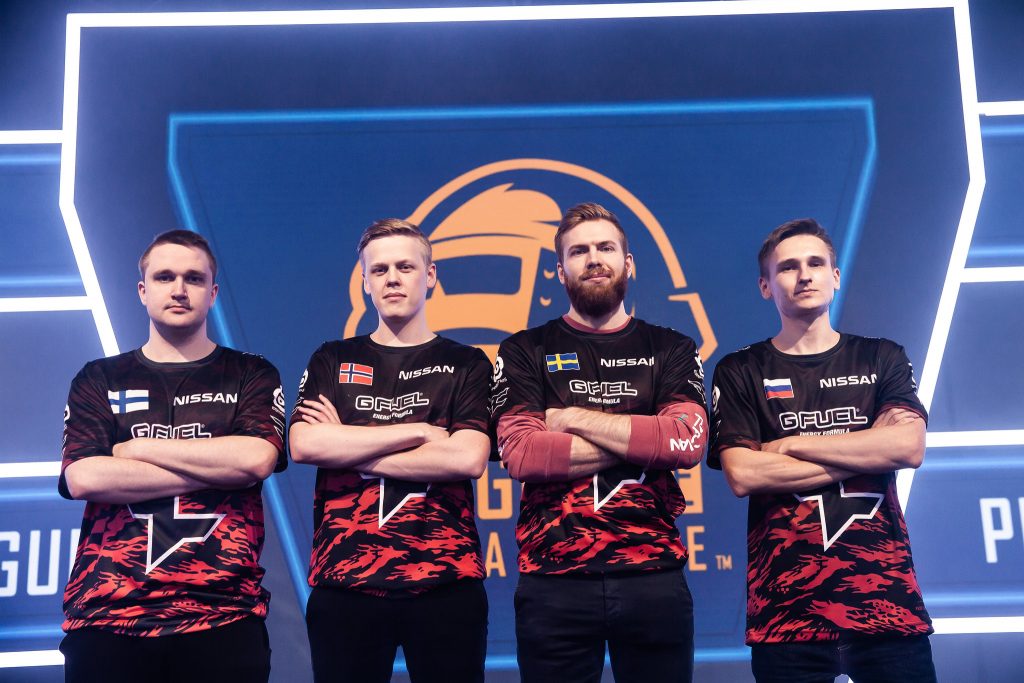 FaZe Clan have finally shown the form they used to display with their old roster before the inception of the PUBG Europe League. Following a solid 89 point performance in Week 1 that left them in fourth place, they turned things up a notch in the second week of Phase 2 to firmly establish themselves at the top of the leaderboard – for now, at least.

Other suspects that you’d have predicted to be challenging for the top spot are up there too, with Team Liquid and G2 Esports occupying second and third place, respectively. For the most part, the chicken dinners were shared among the frontrunners in the league; across the 12 rounds played, FaZe Clan picked up four wins, Natus Vincere and Team Liquid each claimed three, and under-performers UNITY and M19 achieved one each.

A big part of FaZe Clan’s successful weekend was the sheer slaying power they demonstrated. On Friday they had 13 and 10 kill performances, they followed that up with a 19 kill blowout on Saturday, and pulled another 10 kill round out of the bag on Sunday. High placements are obviously the best way to accrue a good amount of points, but racking up kill after kill quickly adds up too.

After the second week of PUBG Europe League Phase 2, the standings look like this:

Looking at the other end of the leaderboard, Team Reciprocity picked things up a little after a disastrous first week but they’re still in last place – actually sharing it with UNITY, who would be firmly at the bottom if they didn’t pull off a rare round win. We were vocal about our judgment of Team Reciprocity after Week 1 but turning things around won’t be an immediate thing, we’re expecting to see a solid progression in the way of improvement over the next few weeks of the competition; there’s too much individual talent on the roster for them to remain ineffective for too long.

Team Vitality and Pittsburgh Knights aren’t doing too hot, either. The difference here is that they both made roster changes just last month and there’s typically an adjustment period when changes are involved, of course. Just like with Team Reciprocity, we’ll be looking for these two squads to pick things up as the league goes on – there are eight weeks total to be played so there’s plenty of opportunity for growth and development.