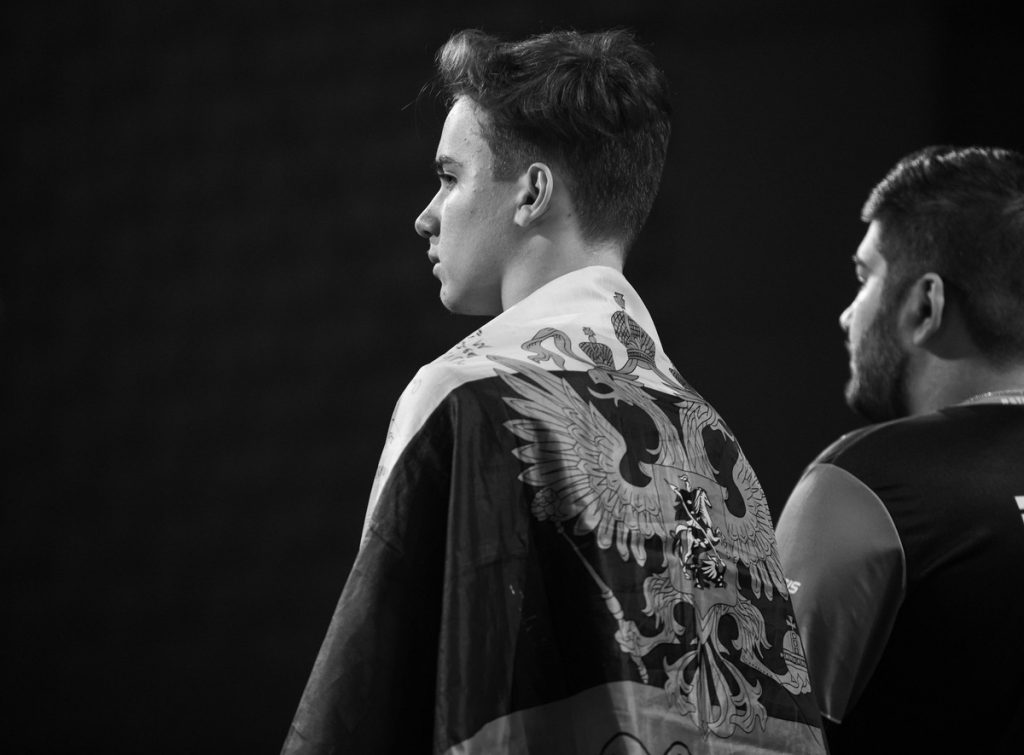 Virtus.pro’s Pavel ‘p4sh4’ Kosenko speaks to Hotspawn regarding the team’s growth into one of Europe’s best ahead of the new European League. (Photo courtesy Ubisoft)

The European League in Rainbow Six is one of the most stacked leagues in the world. Teams have consistently risen to the top after entering their debut season as underdogs. In 2019, teams like Team Empire and Na’Vi came from the Challenger League and won that season’s Pro League Finals.

Virtus.pro, however, broke that trend to a lesser extent. They couldn’t find themselves in the top two in Europe at the end of Season 11, but they certainly showed they are a top-level team. Furthermore, this team had to do it after having some difficulties. The VP story is nowhere near as glamorous as their predecessors. Yet that doesn’t mean they are necessarily any worse because of it.

In Season 11, Virtus Pro went from being one of the weaker teams to one of the best in the league. Before the mid-season break, VP (then forZe) was in the bottom three teams. But with one simple roster switch Pavel “Amision” Chebatkov managed to restore the light in the roster. “Our preparation before the season wasn’t that great. We had team issues with communication and motivation, basically, everything was wrong after our loss in the Six Invitational 2020 Qualification. After the break, we made roster changes that we needed,” p4sh4 said. “Chemistry between players started to get better and better. Basically, the new player (Amision) gave us extra motivation and everyone in the team started to play better. Also, even though we had around 10 days for our preparation before the season started, we did a lot of work on changing strats and making our gameplay more quality.”

This preparation paid off in the second split of Season 11. VP found themselves rising to the top of the league very quickly. The first sign of oncoming success was with their draw against Rogue. It wasn’t until the later weeks when Na’Vi and G2 Esports managed to shut them down on Kafe, stopping them from achieving second, where they instead finished fifth. These Kafe defeats are one of those things that VP are mindful of heading into the new season.

“I think our map pool was kinda poor those days,” p4sh4 explained. “Both Na’Vi and G2 could beat us so easily on Kafe.” This is one of the weaknesses the roster noticed that cost them their run to the top in Season 11.

Since finishing the season, VP does look like they have learned a lot from their past mistakes. The first showings we have of VP is in the Russian Major League and the EU Open Clash. The roster attended a boot camp and won the Russian League. Moving on, they went on to win the EU Open Clash too. Though p4sh4 doesn’t necessarily feel that this is a sign of them dominating the opposition. “Actually at the beginning of the tournament we had no real expectations, we didn’t need to do well there. Even though we won it, I still think that not all the teams were actually doing their best during this tournament, since there’s no extra motivation with a slot for a major or any big prize pool.” Because of this, he feels its too early to say whether they are a top team or not. “So let’s say that it’s too early to make these kinds of statements.“

Even so, Virtus.Pro is now 2-0 as an organization in Rainbow Six trophies. Heading into the new season, Virtus.pro have strong momentum because of these pre-season results, in addition, to their growth throughout season 11.

Heading into the new season, Virtus.pro are attending a bootcamp throughout the Summer Stage. No doubt this bootcamp is going to be a massive deal for the team. Here they can focus on improving as a team even further and dealing with issues they currently have.

One such problem is the two teams that will give them a tough time. One of the issues they have is playing certain teams, For VP these two teams are G2 and Tempra. p4sh4’s reason why is simple. “G2 is our “kryptonite” basically. This is the only team in the EU, which we haven’t beaten at least once. Their playstyle is really unique, and it’s really hard to adapt against them.”

But what could be considered surprising is their respect to new comers Tempra, who recently qualified for the European League. “Tempra is a team against which we lost in SI qualifier. It’s hard to play against them because you can’t just stand still and play for time, you always have to do something against them, otherwise, you’ll just lose. Also, it’s always hard to take gunfights against them, their aim is on fire.” Even for a team on the rise in Europe, they still respect the promise that newer teams are bringing to the league.

Despite these concerns, VP still feels confident about their chances this season. To them, they feel they are a team that is capable of heading to the top of the league. “I am aiming at the first place, you can’t expect less if you call yourself professional.” The confidence in themselves continues well into their predictions for top four teams heading into the Six Major. “Not exact places, but VP, G2, and after that, many roster changes where I can’t predict the next favorites. Personally I’d like to see Empire and Rogue/Na’Vi here, but I think it’s more likely that every team in this season can rank in the top 4” p4sh4’s message reiterates that the European League is going to have another close season. But it seems like they are confident that they and G2 are the ones walking away with it. “Yes, there isn’t a doubt in my mind that we are a force to be reckoned with.”

It does seem like their European opponents have faith in VP’s capabilities to be one of the best. In our interview with Na’Vi, Luke “Kendrew” Kendrew told us that one of the organizations that stands out as top four is VP. This is only one example of other teams thinking highly of them, but thee’s no doubt others will think they are a credible threat.

VP’s development over the year has been great to watch. Does VP have what it takes to come out on top of Europe? You can watch the European League unfold beginning June 22nd at 18:00 CEST. VP’s first match is against regional rivals Team Empire.