Na’Vi’s Kendrew: “We do not want to start slow again” 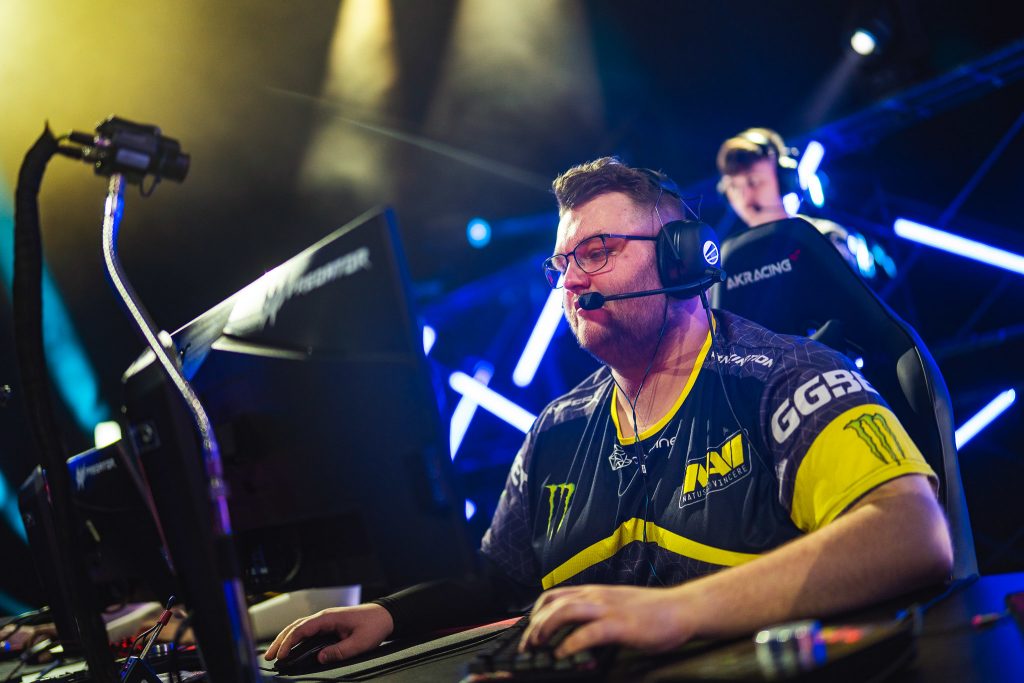 Natus Vincere’s Kendrew speaks to Hotspawn regarding their team’s storyline, changes and more ahead of the European League (Photo via Kirill Bashkirov | Ubisoft)

Rainbow Six Siege’s brand new esports ecosystem is right around the corner. On June 22nd, 10 teams in Europe will compete in the New European League in aims to qualify for future Six Majors, SI 2021 and the European Final.

Natus Vincere is one such team who is no doubt aiming and capable of entering the top four in Europe. As we know, Natus Vincere has had several issues over the last few months. The team only began to come alive in the second half of the ESL Pro League Season 11, after a terrible start to the season and early exit at the Six Invitational 2020.

However, Natus Vincere seems more than ready to begin this new season on the right foot. Na’Vi’s Luke “Kendrew” Kendrew spoke to Hotspawn about the team’s journey in recent months, how they are shaping up and their feelings entering the new season.

Hotspawn: Heading into the Summer Split, Na’Vi is one of the few teams not making roster changes. Why is that?

Kendrew: We had a good second half of the split, the mood of the team was so much better than the first half, we didn’t see the need to make one, not once did we think of changing the roster.

After the Invitational, and even before, I feel like the team was at breaking point, results were bad and so was the attitudes towards one another; the team needed change for the long-term health of the roster. It was always the idea to bring Doki back the moment we could. The main factor is the mood. We are all happier and enjoying the game again.

Hotspawn: There is one new addition to the team in DraZ. What role is DraZ filling in that the team needs?

Kendrew: DraZ is very hands-on with the team, personal development, providing a mature voice to sometimes a bunch of immature young adults with opinions and emotions. He has been working very hard to help us prepare as much as possible.

Hotspawn: Regarding Doki’s ban lifting, is it a bit of a surprise that he performed so well as soon as the ban lifted?

Kendrew: Not at all, Doki is one of the highest skilled players I know, with work, he could be one of the best in the world.

We do not want to start slow again.

Hotspawn: This is the first time since you joined Pro League you can begin the new season with a full roster. Will we finally get to see the strong Na’Vi from the get-go?

Kendrew: I hope so. We’ve been working hard behind the scenes with our support staff to be the best we can be, and we do not want to start slow again.

Hotspawn: Na’Vi has seen several role switches on the team in recent playdays. You stopped playing hard breacher at the end of Season 11 but played it in the EU Clash. What is the current situation with roles in the team?

Kendrew: We felt that roles would need to revert, with me being on hardbreach and main support, we needed more in-game calls and execution calls, and nelo was more comfortable on his previous role, so me and nelo swapped, again.

Hotspawn: Panix is one of the best grenade players in the game. With Buck losing his nades will we see Panix play different Operators with a nade option?

Kendrew: Panix has been exploring in his operator pool, moving more to a flex. He has been fitting in well and playing well being given more freedom on his roles.

Hotspawn: Other teams are rebuilding or are built to frag – G2, Rogue, VP, Empire. Is this the trajectory of how EU siege is playing out right now?

Kendrew: I can’t really comment on this, the meta is in a weird spot with the so-called ”20-second meta” so I feel maybe people are trying to counter this by picking up mechanically skilled players and just trying to TDM.

It's time to sum up the performance of our #R6S squad at the #R6EUClash charity event together with @PanixR6, @Kxndrew & @zironicdk!

Hotspawn: As a team that goes to boot camps a lot – is this more important than ever since North America is playing their matches exclusively on LAN? (At least when COVID allows anyway)

Kendrew: Of course, having more LAN experience is always helpful. Bootcamps are great, but actual matches in a BO3 environment on LAN would be insane for improvement. I don’t think it (LAN regular season) gives an advantage, because really it is about who turns up on the day on LAN, but It will give each team more time to be better prepared for LAN environment. It might help the less experienced teams have better performances overall.

Hotspawn: It was just announced that the Six Major is moving to regional online matches. How do you feel about these changes?

Kendrew: It’s better to have an online major, then no major at all. Ubisoft is trying their best to provide competition during the pandemic, so I’m all for it.

Hotspawn: Arguably, Na’Vi is a contender for a Six Major slot at the end of the split. Do you think you’ll make it and what other teams do you think will qualify?

Kendrew: I’d like to believe we’d qualify, but with EU being so hotly contested, anyone can qualify. VP is looking really strong, and there are a few teams who have new rosters who will start strong because they’re in their honeymoon period, and some will get better with time. Only time will tell.

Natus Vincere are clearly feeling good about themselves,  their roles and more. The team is starting with its full strength ahead of the new season starting. Their first match in the European League is against Team Secret at 22:00 CEST. You can watch European teams compete here from 1800 CEST on Monday, June 22nd.