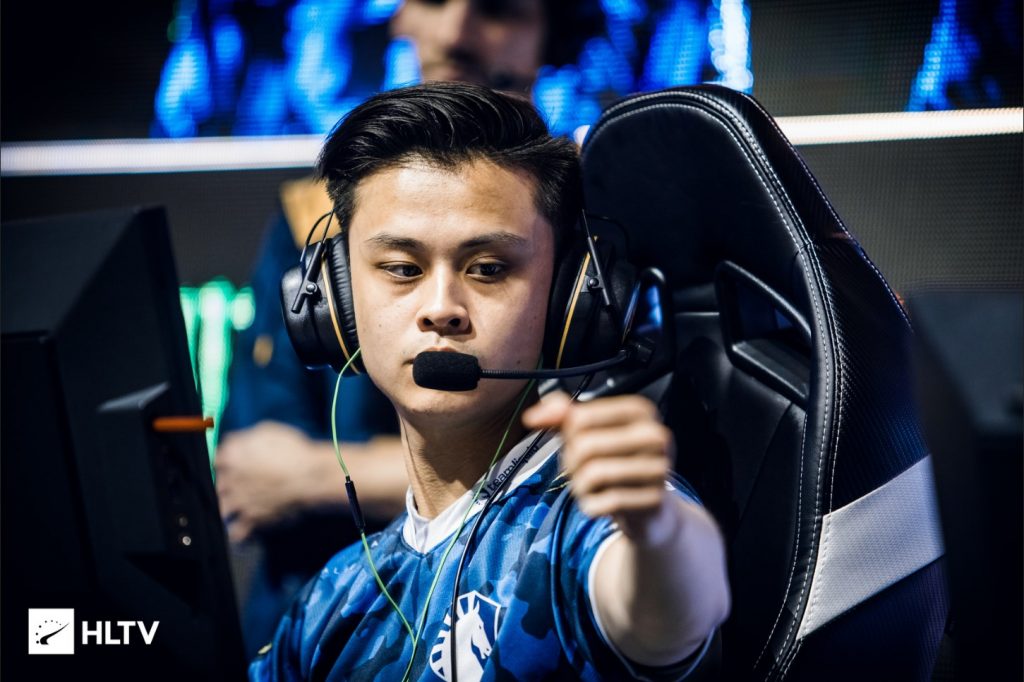 Liquid have gone undefeated in DreamHack Open Summer Group A with their new player and coach. (Photo courtesy HLTV)

North America’s DreamHack Open Summer tournament has completed its Group Stage. Much like the European side, the two highest ranked teams, Team Liquid and FURIA Esports, have earned top marks. The other two teams joining them will be Chaos Esports Club and an underdog in Team One.

Group A was headlined by the revamped Team Liquid. The squad who recently added Michael “Grim” Wince and Jason “moses” O’Toole were flanked by Chaos Esports Club, Triumph, and Ze Pug Godz.

Liquid’s first match was against the ZPG, made of the former eUnited turned Swole Patrol core. In what could only be described as Grim’s welcome party, Liquid flattened their opposition. ZPG tried to slam an unexpected Vertigo pick to little success. Liquid took an easy 11-4 lead on T side then nearly had a perfect defense to close out the game. The 16-5 win saw Grim earn a 26-10 K-D ratio with 121.9 ADR, good for a 2.02 HLTV rating.

Liquid got off to yet another hot start on their Inferno pick. Starting on the T side again, they went up 7-0 in the blink of an eye. ZPG actually managed to put up a fight by winning seven of the last eight rounds in the half. The one round Liquid did get was courtesy of a Grim’s first ace as a member of Team Liquid.

After winning the second pistol and anti-ecos, ZPG earned a 10-8 lead. It was then quickly wiped out when Liquid got their weapons on CT side. A clean eight round win streak to close out the game secured the sweep for Liquid.

Awaiting them in the Winner’s Match was Chaos. The first map was Mirage courtesy of Chaos. Liquid got off to their expected hot start with a 7-1 lead from T side. Chaos did manage to bring it back to a respectable 7-8 deficit at the half. The second pistol went in favor of Liquid, but it was Chaos who would find the first gun round. With the score tied at 11 apiece, Liquid kicked it into high gear. The next five rounds all belonged to Liquid, completing a 16-11 victory. Leading the way was Russel “Twistzz” Van Dulken who put up a 26-18 K-D and 107.1 ADR.

Liquid’s victory lap took them back to Inferno. Chaos opted to start on T side and had an alright performance. After losing to a second-round force buy, Chaos pulled together a five round streak to only go down 6-9 at the half. Liquid even lost the second pistol round as well. Unfortunately for Chaos, the story ended there. Liquid won seven rounds straight on T side to put the series to rest with a 16-8 victory. Chaos would still earn the second playoff seed thanks to a 2-0 win over ZPG in the Decider Match.

Group B was unique in that it was the only group between EU and NA that had a true underdog earn a playoff spot. FURIA was always the favorite to take first seed. They were joined by Team One and Yeah Gaming of Brazil, and Cloud9 who were their supposed competition for first.

Day one saw FURIA wipe the floor with Yeah Gaming. Yeah’s Inferno pick was a disaster as FURIA took the most decisive match of Groups with a 16-2 win. Mirage was surprisingly close thanks to a carry performance out of Eduardo “dumau” Wolkmer. His 28-18 K-D was the only positive one on his team. After a tight 8-7 half, FURIA extended their lead with a CT win streak. They even hit match point at 15-8. Yeah nearly brought the match to overtime, but were shut down at the last moment. FURIA earned the match victory with a 16-14 win.

On the other side of the bracket, Team One was pulled off a big upset. After losing map one to Cloud9 19-15, they fired back with a 16-4 on Inferno and a 16-5 on Dust2. The result put Team One through to the Winners’ Match against FURIA. The teams traded each other’s maps with FURIA winning 16-9 on Train and Team One winning 16-9 on Mirage. Nuke would be the final battleground to determine first seed in Group B.

FURIA had the privilege of starting on the CT side and made good use of it. After success in early gun rounds, FURIA fired off a 7-1 lead. Team One did find some success towards the end of the half, but still held a large 5-10 deficit. They would need a strong defense to come back into the game. Andrei “arT” Piovezan would ensure that wouldn’t be the case. On T side, arT had a 9-5 K-D with 133.8 ADR for a 2.04 HLTV rating. In just eight rounds, FURIA closed out the series 16-7 to secure first seed.

Cloud9 made it back from the Elimination Match in order to rematch Team One for the final playoff spot. Three brand new maps were picked for the showdown. Team One’s Dust2 pick went in their favor after a rough 1-6 start. They came back in the first half then traded up in rounds on CT side to take a 16-13 win. Cloud9 also won their own map pick of Overpass. Despite a 10-5 lead from T side, they had to fight through overtime to win 19-16 and force a tiebreaker map.

Now on Train, Team One started on the CT side. Cloud9 had some good rounds, but shutting them down more often than not was Bruno “b4rtiN” Camara. B4rtiN’s AWP rang true for 14 one shot kills, supplemented by 17 frags from other weapons. His 125.2 ADR earned him a 1.84 rating on the map. Despite his monster performance, Cloud9 were clawing back once again. Team One’s 15-12 lead turned into 15-14. Wanting to avoid overtime, they ran a desperate force buy into the A site. With impeccable trading, they managed to win the round and take the series.

North American playoffs begin on August 14th, a day earlier than Europe’s. Liquid will face off against Team One while FURIA must fight Chaos. Although Liquid and FURIA are the favorites to make finals, anything is possible at the first tournament back from the player break.