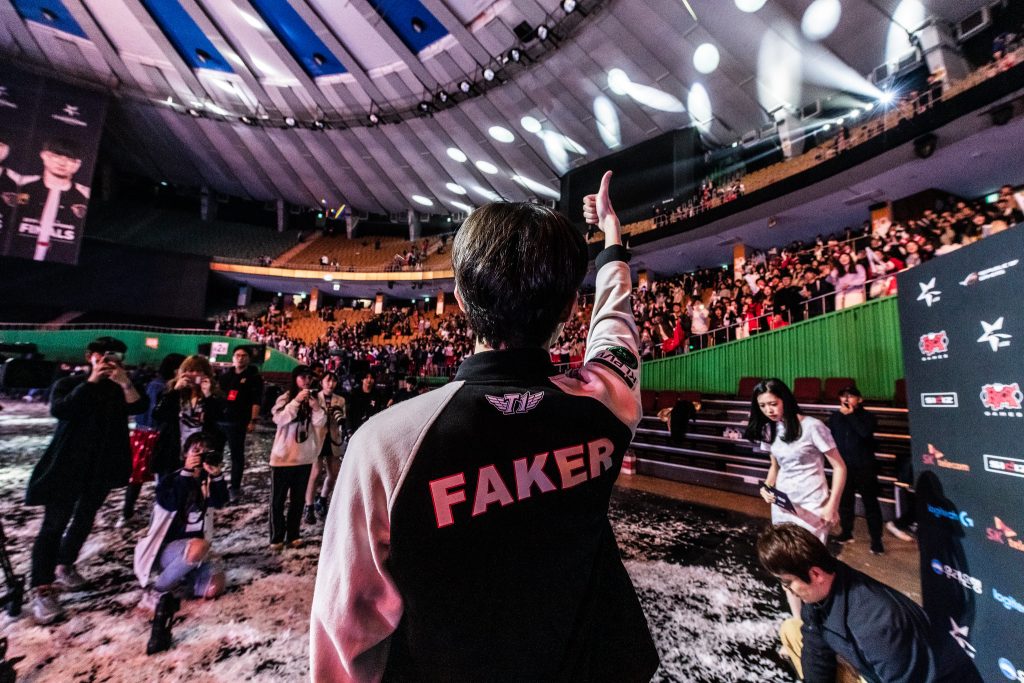 Sang-hyeok “Faker” Lee and SK Telecom T1 return to the LCK as defending champions. For Faker, it’s the seventh time he’s had to defend his Korean throne, and perhaps this season will be the hardest yet. Image via Riot Games.

Billed as the “bounce-back” story for Korea after losing every international tournament possible to Chinese teams last year, LCK’s opening half of 2019 was mixed, to say the least. Many heralded it as a changing of the guard, with teams like Griffin and Damwon Gaming emerging to oust the long-term veterans of the League of Legends scene.

Funnily enough, the LCK still sent Sang-hyeok “Faker” Lee and three-time world champions SK Telecom T1 as their Mid-Season Invitational representatives, despite all the hype the new rosters generated. Worse for Korea, their champions fell to a rising new dynasty—Europe.

SKT’s return to the LCK empty-handed will throw the league even further into disarray. Question marks were already been thrown around teams like Griffin, while old teams like KT Rolster had to fight their way back into the league through the promotion tournament.

It’s a period of change for the LCK, and one that will likely define the league for seasons to come. For now, however, there’s a more simple question—which three teams will Korea send to the 2019 World Championship at the end of the year?

That season-long question begins on June 6, with ten teams competing across a double-round robin format in the regular season. Each game is played as best-of-threes before the league splits into a five-team king-of-the-ill finals gauntlet.

Many expected Faker and the rest of his renewed SKT lineup to march into the 2019 Mid-Season Invitational and simply take the trophy. Now, League of Legend’s most famous player must return to Korea with nothing to show and defend his domestic crown.

Considering he and his teammates were able to keep pace with the “uncatchable” Griffin before downing them in a clean sweep in the only series that really mattered between them, it seems like once again SKT is the team to beat in Summer. Faker is likely eager to return to a split as defending champion again—the last time he was able to say that was Summer 2017.

It’s a different roster around him this time, however, and that will play more of a factor than whether Faker wants to hold his crown. We saw in 2018 that having poor pieces around the best means he misses Worlds. This time, he’s armed with a major raft of star power.

AD carry Jin-seong “Teddy” Park and jungler Tae-min “Clid” Kim are the two main focal points of SKT outside of Faker. While Dong-ha “Khan” Kim was once known as the most dangerous solo-carry top laner in the world, he’s fallen off since joining Faker’s team. If Teddy and Clid can continue their exceptional play, the team will be in good stead to defend their crown. If top lane carry Khan returns, even better. Right now, SKT are back to being Korea’s top dogs.

What path do the new contenders take in Summer?

Griffin threw away a 12-0 start to the LCK 2019 Spring Split, and will now be looking to make amends. (Image via LCK Korea)

There are two teams heading into the LCK Summer Split that have a lot to prove— Griffin, and Damwon Gaming. Griffin had a near-perfect season, finishing first with a 15-3 record, before being swept by SKT in the grand final. They went from MSI favorites to bundled out.

For many, it immediately raised question marks about this young roster’s actual League of Legends caliber. They had opened their Spring Split with twelve straight victories before an 0-2 weekend with defeats to Gen.G (5-13) and Afreeca Freecs (5-13) sent their campaign into a downward spiral.

Damwon Gaming were of a similar ilk. Massively hyped up by Western teams when they were bootcamping in Korea ahead of Worlds in 2018, Damwon’s young roster of relative unknowns had a streaky Spring. An opening 2-0 weekend was followed by an 0-4 run, and then three 2-0 weekends in a row punched their ticket to the gauntlet.

There they were bundled up and dumped out of contention by the veteran-boosted Kingzone DragonX side in a 3-0 shellacking that saw Damwon disappear from everyone’s thoughts just as soon as they’d emerged.

Both teams now have a similar trajectory ahead of them. Neither has made any notable changes to their strong rosters, so now it falls on the squads to deliver what was promised at the beginning of 2019—tangible results. Keep an eye on both rosters as the season begins. If they can find stability early, each team may well put their hands up for a slot at Worlds.

Will KT Rolster emerge from relegation with renewed fervor?

Legendary bot laner Jong-in “Pray” Kim is set to reinforce KT Rolster after the org suffered one of its worst splits since the team was first founded. (Image via LCK Korea)

KT Rolster had a Spring Split to forget, losing many of their star players to other LCK rosters before finishing ninth place with a torrid 4-14 record. For an organization with a history as storied as KT’s, it just wasn’t good enough, and the team knew that.

That’s where retired bot laner Jong-in “Pray” Kim comes in. After announcing he was finished with League of Legends at the end of 2018, Pray has re-signed with the LCK team and is now set to return to the Rift alongside former teammates Kyung-ho “Smeb” Song and Bo-seong “BBD” Gwak. On paper, the three of them alongside Dong-bin “Score” Go and Hoi-jong “SnowFlower” No seem lethal.

In practice, KT is another team that seems relatively unknown heading into Summer. Players like Score, BDD, and Smeb seem to have lost the luster that made them world-class stars in the first place, while Pray has been away from the game for nearly half a year.

At the very least, the fact that KT made the call to recruit Pray shows they want to improve, for their fans and for Worlds. If the lineup of old stars can click once more, we may once again see much-loved players like Smeb and Pray battle on the world stage once more.